Hello and welcome to the latest edition of the Giant Bomb Community Spotlight. I, @zombiepie, am once again honored to be your host as we look back at the best community-created endeavors from the previous week. When it comes to the site, we have a bit of "housekeeping" worth addressing.

Firstly, remember that Giant Bomb premium is on sale until the end of the year.

Secondly, for those of you that have checked out the Giant Bomb Emporium, many of you have discovered that the beanies and water bottles have sold out. Mr. Rorie has placed a reorder for both, but there is no timetable on when they will become available again.

Thirdly, over on our sister-site, GameSpot, they recently hosted their Extra Life charity event on the 3rd and 4th of December. If you missed it, here's a link to the video archive of their stream and don't forget to donate to their page to help them reach their donation goal of $5,000! Speaking of GameSpot, the SimplySassy YouTube account is planning to conduct an interview of Lucy James and are still soliciting questions to ask her on Twitter.

At 7pm PT I'm gonna fight loads of Sekiro bosses as part of our Extra Life stream. Come watch and you'll also be able to pick songs to play as the soundtrack to each battle.
YT: https://t.co/gEZ6Z8vJ8T
Twitch: https://t.co/x45b1Q5xck
Donate! https://t.co/MsXawa5iUo pic.twitter.com/0yMQypDXlb

with strats like these, we're sure to beat Spelunky 2 after a few more streams! https://t.co/OGIDDC1DI9 pic.twitter.com/TSYUDKy1Vu

10 years ago today on @giantbomb, the adventures of Brono began. https://t.co/ymMLGWWW2m

This is still one of my favorite concept names on the entirely of Giant Bombhttps://t.co/TyvHPHQqeq

Inspired by the 12/3/2021 edition of UPF, The Onigino on YouTube tracked down one of their Giant Bomb level submissions for the site's old Super Mario Maker 2 video feature. Give it a watch and learn more about their thought process in making the level!

Let's Do Another Low-stakes Magic Arena Tournament (By: @rorie)

Rorie is trying to organize ANOTHER low-stakes Magic: The Gathering Arena community tournament! If you are interested in joining, post a comment using the link! Even if you are not a super active Magic player, consider joining as the tournament is for people of all playstyles!

The latest topic of imunbeatable80's "What's the Greatest Video Game" blog is all about Mario + Rabbids: Kingdom Battle! Read why they had a fun time with its mechanics and characters even if the overall game is uneven in spots.

My Friend Bought Me Balan Wonderworld. It Is Somehow Both Irreducibly Weird And Terminally Bland. Yay.(By: @bigsocrates)

As is usually the case, bigsocartes has a smattering of blogs worth reading this week. First, bigsocrates opens a discussion on Giant Bomb about the Evercade Vs and why it should be right up their alley, but shares why the final product is far down on their holiday wishlist. Second, they finally got around to playing Rocket Knight for the 360/PS3! Read why they consider it competent but also "aggressively inessential." Finally, bigsocrates had a friend of their buy them a copy of Balan Wonderworld... what a great friend.

infantpipoc picked up an import copy of Laid-back Camp Have a Nice Day! if you are a fan of the anime, use the link to read if the game is worth your time or if it is another unfortunate cheap anime game cash-in!

The Lack Of Promethean Weapons In Halo Infinite's Multiplayer Says A Lot About How 343 (And Everyone) Views Halo 4 And 5 (By: @zombiepie)

With the hype surrounding Halo Infinite persisting since its multiplayer released, moderator ZombiePie opines why the ditching of Halo 4 and Halo 5: Guardians's Promethean Weapons says a lot about 343's path forward with the campaign and story.

Moderator Mento continues their blog series examining visual novels with a look at Chaos;Child, the fourth mainline entry in the Science Adventure franchise! Read why they found it to be compelling, albeit, uneven. Additionally, for their latest "Indie Game of the Week" they tackled the cult-favorite OFF (aka, OFF: A Nice Game For Cute Children)! Read why they were left befuddled by the arthouse indie homage to Mother.

PUBG Is, Still, The Best Esports Out There (By: @daavpuke)

Daavpuke makes a case on Giant Bomb why PUBG: Battlegrounds is still one of the better eSports to watch and follow. Read why the competitive PUBG scene still manages to have them on the edge of their seat.

jeremyf continues their exploration of indie titles on Game Pass with a blog on Genesis Noir! Read on why they recommend it despite it being an uneven experience.

The Wheel of Dubious FPSes Episode 11-12: Singularity and Duke Nukem Forever (By: @arbitrarywater)

Singularity and Duke Nukem Forever are the topics of ArbitraryWater's latest "Wheel of Dubious FPSes" feature on! Discover which game might go down as one of the worst things they have played this year! (Hint: It's not Singularity)

While other AAA developers are desperately working to expand their games, Epic are deleting mounds of content. This week, Gamer_152 is taking a look at the ephemeral Fortnite and the consequences of how it evolves its world.

Post pictures of your Xbox Museum and join the community discussion about why some games were your top played experiences years and years ago! Here's a screencap from the thread!

Exo One Discussion Thread (By: @humanity)

A lot of users have started playing Exo One thanks to Game Pass and have a lot to say about the momentum-based exoplanetary exploration game! If you are one of them, use the link to join the community discussion!

There Are Four Slices Left In The Loaf Of Bread. Two Of Them Are End Pieces. What Do You Do? (By: @besetment)

It might be a website about video games, but it is also a place to settle disputes about Sandwiches! Here's a debate on the forums that has the community divided! Do you combine or split two end pieces of bread?

Schreier Reports PlayStation Plus And Now Will Merge This Spring To Compete With Game Pass (By: @nodima)

Reports are circulating that Sony is planning to merge PlayStation Plus and PlayStation Now into a single streaming service with older legacy titles also provided on the service. What is your gut-reaction to this news?

The Fan Made RE4 Remaster Is Coming 2nd Feb (By: @cikame)

Have any members of the community been following the Resident Evil 4 fan-led HD Project? Will the fan-project motivate you to return to Resident Evil 4? Do you think it compares favorably to all of Capcom's official remasters?

There's a new trailer for Starfield out on the internet! Catch it and join the community discussion about what it shows. Is the game still something your are excited to get your hands on?

Do You Prefer Doom 2016 Or Doom Eternal? (By: @reachmorrowind)

Here's a discussion thread and poll that has really taken off on the site! Do you prefer Doom (2016) or Doom Eternal? Vote for and defend your pick and here are a screencap of the preliminary results thus far!

Have You Ever Hit A Bad Segment In A Game You Otherwise Liked? (By: @jetmet)

Here's an interesting discussion thread on the forums: what are the worst levels or sequences in your favorite video game? Even great games can have some crummy levels (i.e., The Water Temple in Ocarina of Time)!

Are There Any Retro Action Platformers That Have Stood Out From The Past Few Years? (By: @bisonhero)

Throwback or retro-styled action platformers have been coming out at a steady rate recently, but are there any you recommend? Current community suggestions include Steel Assault, Huntdown, Cyber Shadow, and Katana Zero!

GRID Legends recently got its first gameplay trailer and you can give it a watch on Giant Bomb using the link! After watching the video, what are your thoughts about how the game is shaping up?

List Of Spiritual Successors That I Am Aware Of (By: @alfred_vincent_svent)

Alfred_Vincent_Svent is working on a list on Giant Bomb of every "Spiritual Successor" in the video game industry. Check out their progress thus far, and don't forget to share suggestions if you can think of a game they missed.

A TON of amazing work has been put into Giant Bomb's wiki page for Halo Infinite! Check it out using the link and read up on the many weapons and vehicles that are in the game!

Wiki Page Of The Week Recommendations

Alright, I mentioned last week that the Wiki Page of the Week feature wasn't dead, but it needed recommendations from the community. Unfortunately, I still haven't gotten any community recommendations to put into the deck for it to re-appear on the front page. If you can think of anything that is "worthy" of showcasing, send them to me however you can. Also, remember, self-promotion is ENCOURAGED!

The people’s champ of headshots Can you smell what The Rock is cookin’? Well he cooked up a pretty big...

Townscaper on iPad is brain food for my creative side

Just use your imagination (oh, oh) I’ve been a fan of city builder simulators since the mid-’90s when a friend...

The post Townscaper on iPad is brain food for my creative side appeared first on Destructoid.

Forever Blowing Bubbles It’s back the early years of Taito for this week’s Arcade Archives entry, and it’s a pretty...

Following backlash, Geoff Keighley confirms Activision ‘will not be part of’ The Game Awards

Stance confirmed after cries of hypocrisy from viewers Following an online backlash directed at the event and its organizers, Geoff...

The post Following backlash, Geoff Keighley confirms Activision ‘will not be part of’ The Game Awards appeared first on Destructoid.

No Quarters Necessary Good morning, good day, good weekend, and welcome to Whatcha Been Playing? December is officially upon us,...

The post Whatcha been playing this week, Destructoid? appeared first on Destructoid.

The next stop on the free-to-play cosmetic tour Aloy, the protagonist of Horizon Zero Dawn and upcoming Horizon Forbidden West, has been appearing...

Farming Simulator is an esport, because of course it is

Giddy up, gamers Long gone are the days where only the highest octane shooters and MOBAs make a name for...

The post Farming Simulator is an esport, because of course it is appeared first on Destructoid. 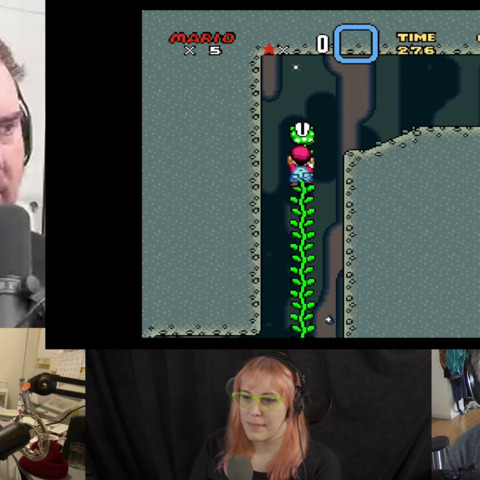 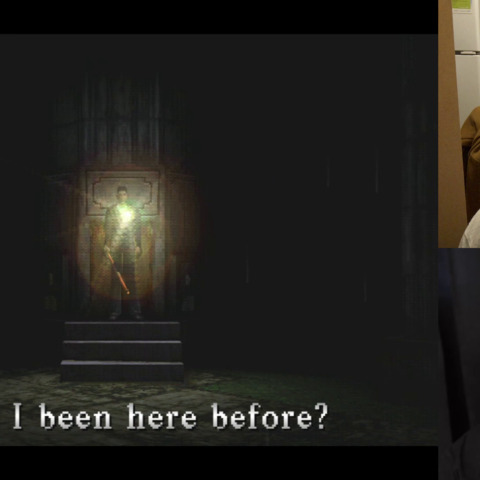 Clash at Demonhead is more than just a great band name

So that means I’ll need to take your power If you’ve heard the name Clash at Demonhead before, it’s probably...

The post Clash at Demonhead is more than just a great band name appeared first on Destructoid.