No sound chip is as ubiquitous as the Ricoh 2AO3 found in the NES and Famicom consoles. 5-channels wide (usually only four were used), the sounds of this 8-bit microprocessor were cemented into the brains of anyone who was in the room with it. Some of the most enduring songs ever produced in video games got their start on that unassuming slab of plastic and silicon. Today, when someone wants to make a video game soundtrack sound vintage, they parrot the tones of the Ricoh 2A03.

I remember being in a discussion with someone long ago who made the observation that early video game music is like outsider art. Music in video games was still a relatively new concept during the 8-bit era of consoles, so there was no precedent for how it should sound. Because chiptunes couldn’t really emulate the sound of analog instruments, you couldn’t base the songs on human standards. It was a new frontier. Perhaps that’s why there are so many memorable soundtracks from the period. We had never really heard anything like it before or since.

The NES had far more than 10 great soundtracks in its library, which makes it difficult to narrow down. Therefore, I’m going to add in a few restrictions to make sure this remains varied, and not just a list of Kouji Kondou contributions. Therefore, I’m restricting each composer to only one entry. I’m also only including NTSC games, and omitting those from Famicom and the Famicom Disk System, as those would be completely different lists. Even still, there were many eligible games that got left by the wayside. Feel free to chirp in with your favorite set of tunes. 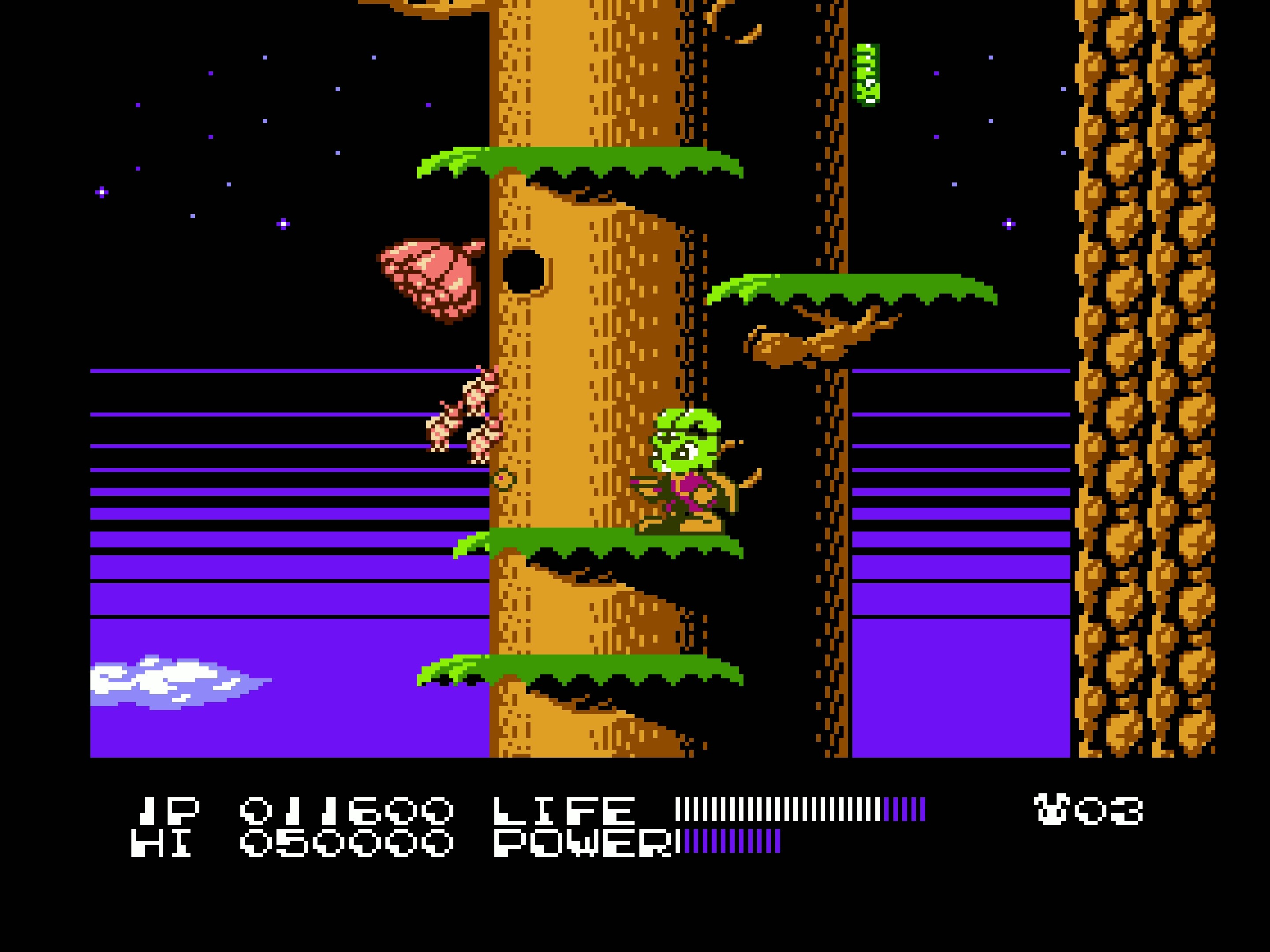 Bucky O’Harewas a pretty decent Mega Mansubstitute that came out during that period after the SNES was released, but before the NES had expired. Konami was doing some interesting things with the aging hardware, and Bucky O’Harewas one of their results. Personally, I couldn’t stand to watch the cartoon, but the game was a pleasant surprise when I first started exploring the NES library.

Tomoko Sumiyama didn’t have a particularly long career in video game music, but you certainly wouldn’t guess it by this soundtrack. From start to finish, it’s audio sugar. Featuring a warm mix of fast-paced and light-hearted, it’s the best part of an already enjoyable game. 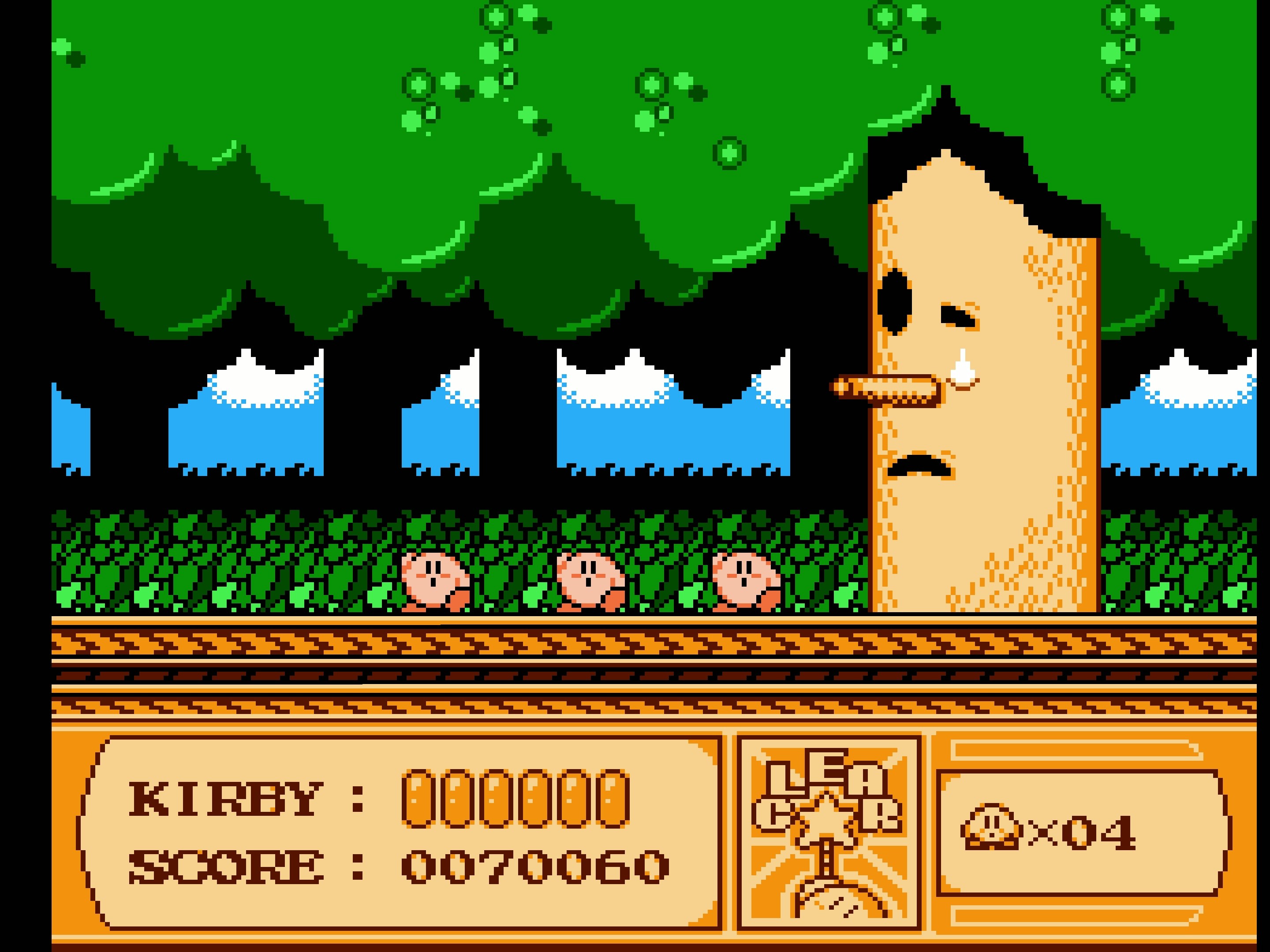 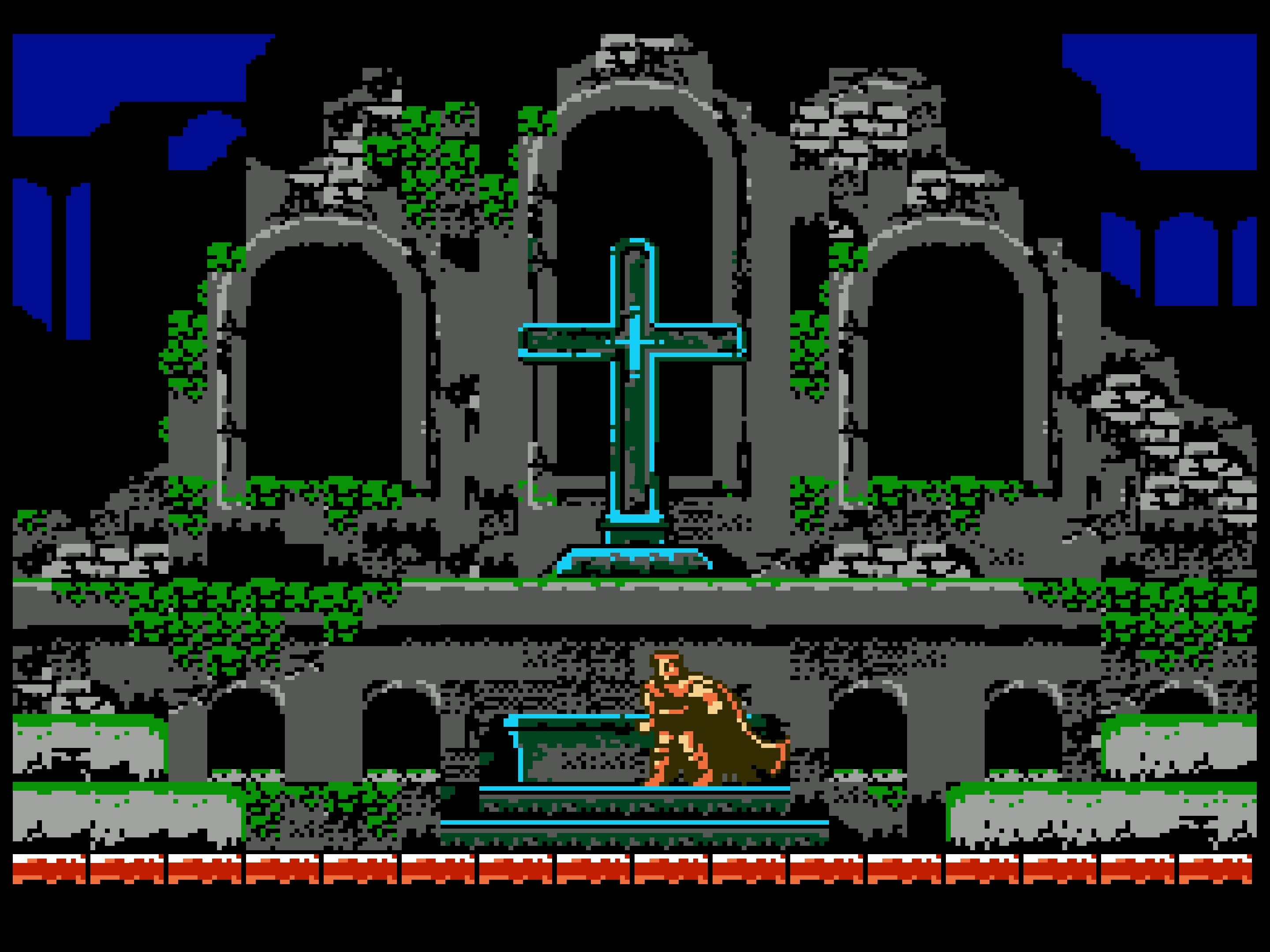 I’ll always have a strong fondness for the soundtrack of the original Castlevania, but it’s hard to deny the grandeur of the third game in the series. While Castlevaniahad some tunes that drove you forward, Castlevania 3: Dracula’s Curse has a tonne of variety that sets different moods depending on what obstacles you were encountering. The theme of its first stage is as good as anything else put forth by the series, but the rest of the songs provide a great foundation for the excellent gameplay on top. More than just a great soundtrack; it’s a great compliment.

On the Famicom, Konami incorporated their special VRC6 mapper chip into the Japanese version of Castlevania 3 that allowed them to make use of additional sound channels. While I find that it sounds better with the additional depth offered by the fancier hardware, there's no denying the NES version sounds great on its own. 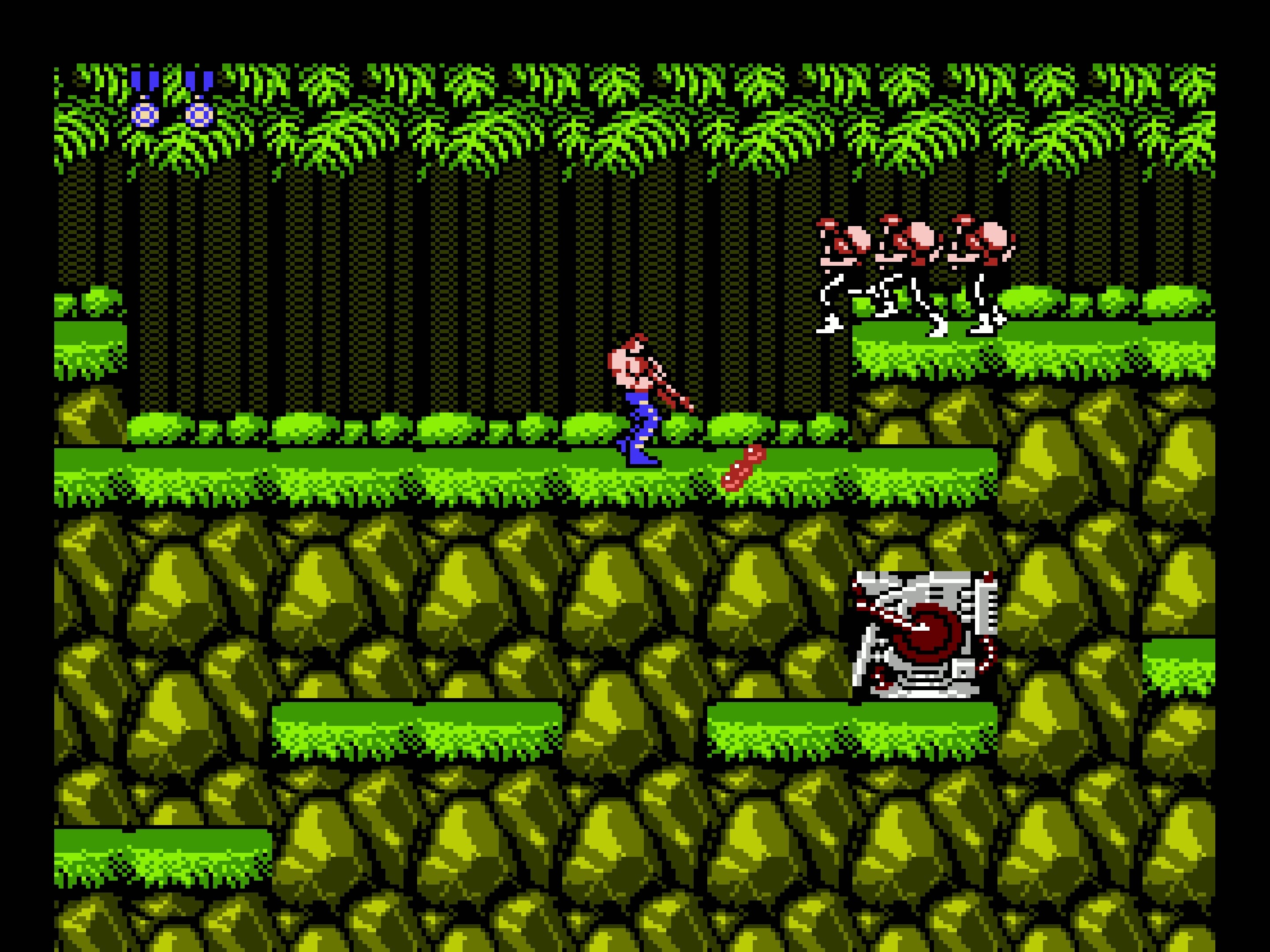 The soundtrack for Contra on the NES is largely just a remix of the one it had on the arcade. That might sound obvious, but that’s not always how it went when things got ported to consoles. I bring this up because Hidenori Maezawa and Kiyohiro Sada are credited in the NES version, but it was Kazuki Muraoka who actually created the tracks. That’s not to say that the former didn’t put in the work to make it sound right on 8-bit hardware, but just that they didn’t actually compose the tracks.

Nonetheless, getting crammed into the NES’ 4-channel sound processor is a good fit for Contra. The warbly depth of the arcade board is fine, but I feel like the bluntness of the NES squarewave channel makes its percussiveness really stand out. It’s a driving soundtrack, and its stage 1 song really sets things off on the right track. 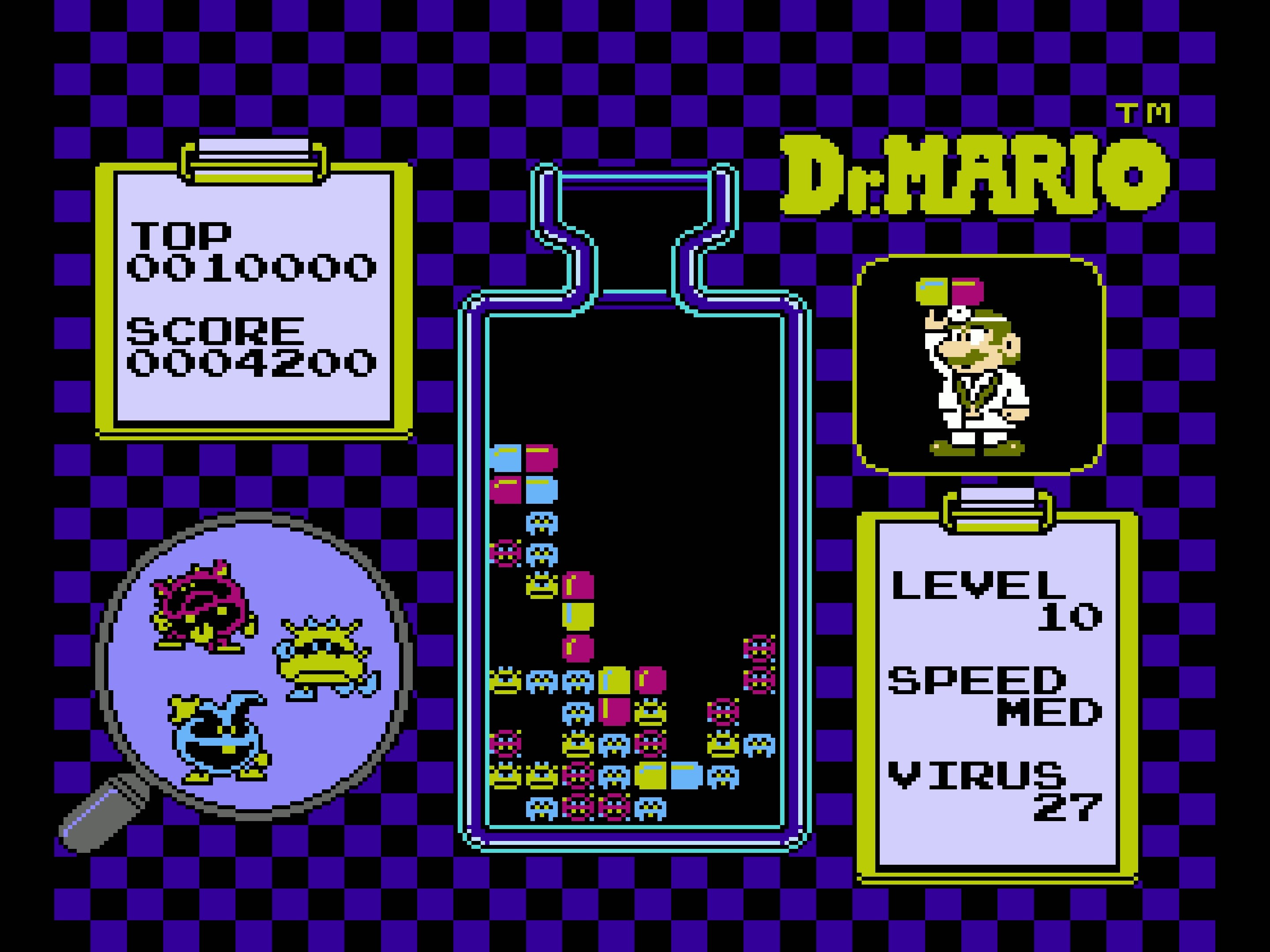 It’s tempting to place Metroidas the best soundtrack by Hirozaka Tanaka. It’s certainly a complex set of songs that are inextricably attached to the series as a whole. However, if I’m sitting down to just listen to music, Dr. Mario’sfantastic duo of Fever and Chill are what I tend to reach for. Dr. Mario’s soundtrack isn’t particularly robust, but the two central songs are both unique and varied listening experiences that have lived on through the various entries of the series, but have never been topped. Personally, I prefer Chill when I’m dropping pills, but Fever is definitely not without its charms. 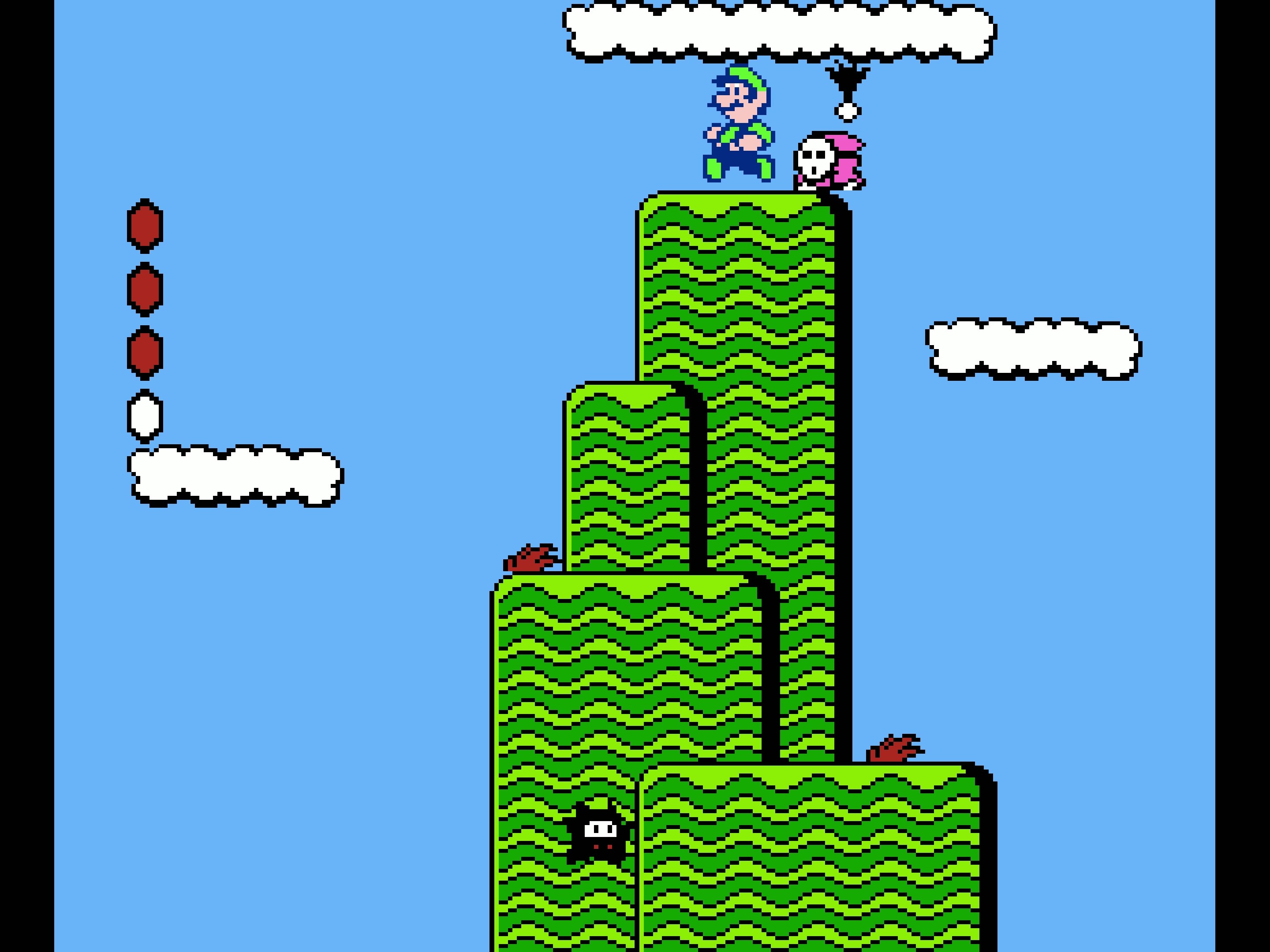 I said I was only going to include one game per composer, and after much soul-searching, this is what I chose from Kouji Kondou. Considering how many ubiquitous and classic themes he’s responsible for, it was no easy task. Certainly, many people would have chosen Super Mario Bros. 3 or The Legend of Zelda for this place, but for me, there’s nothing like the upbeat jazzy sounds of the Super Mario Bros. 2soundtrack.

Technically, the music wasn’t even written for a Super Mario Bros.title, as the game was originally known as Yume Kojou: Doki Doki Panic. However, when it was brought to North America and rebranded as Super Mario Bros. 2, the soundtrack was given some loving attention and touched up. The result is a playful, varied, and well-composed handful of songs that, despite their origin, are as memorable as anything else designed for the series. 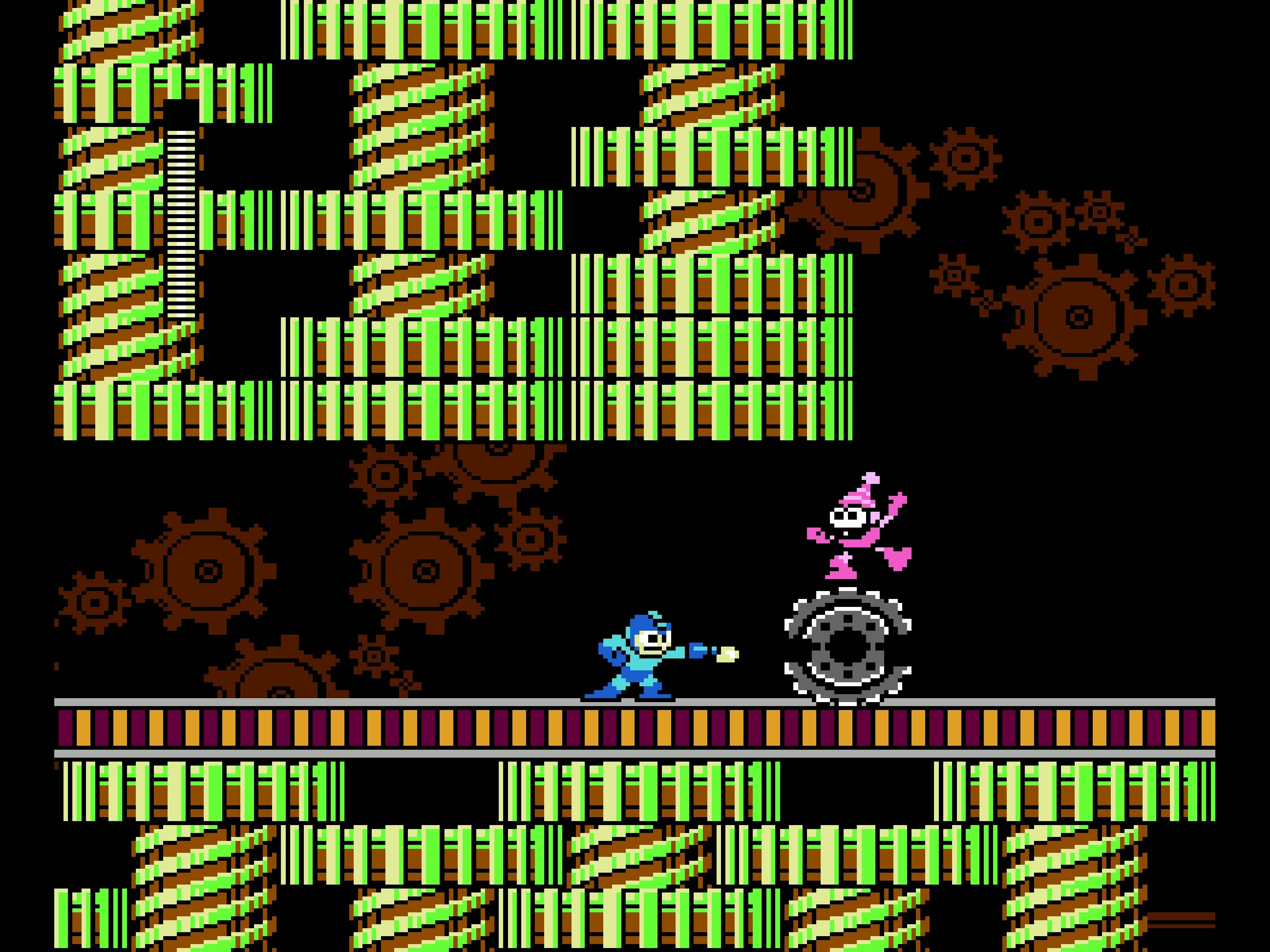 The opening theme to Mega Man 3 is one of my favourite 8-bit tunes ever chirped off a circuit board. However, when it comes to consistency across all its tracks, I give the edge to Mega Man 2. Not only does each robot master get its own theme to be proud of, but its opening theme and Wily’s Castle tracks do a great job of bookending the entire experience. Out of all the soundtracks on this list, Mega Man 2 probably has the best quantity and quality. Except for the password screen music. That one sounds like having an entire straw broom jammed into your ear canal. 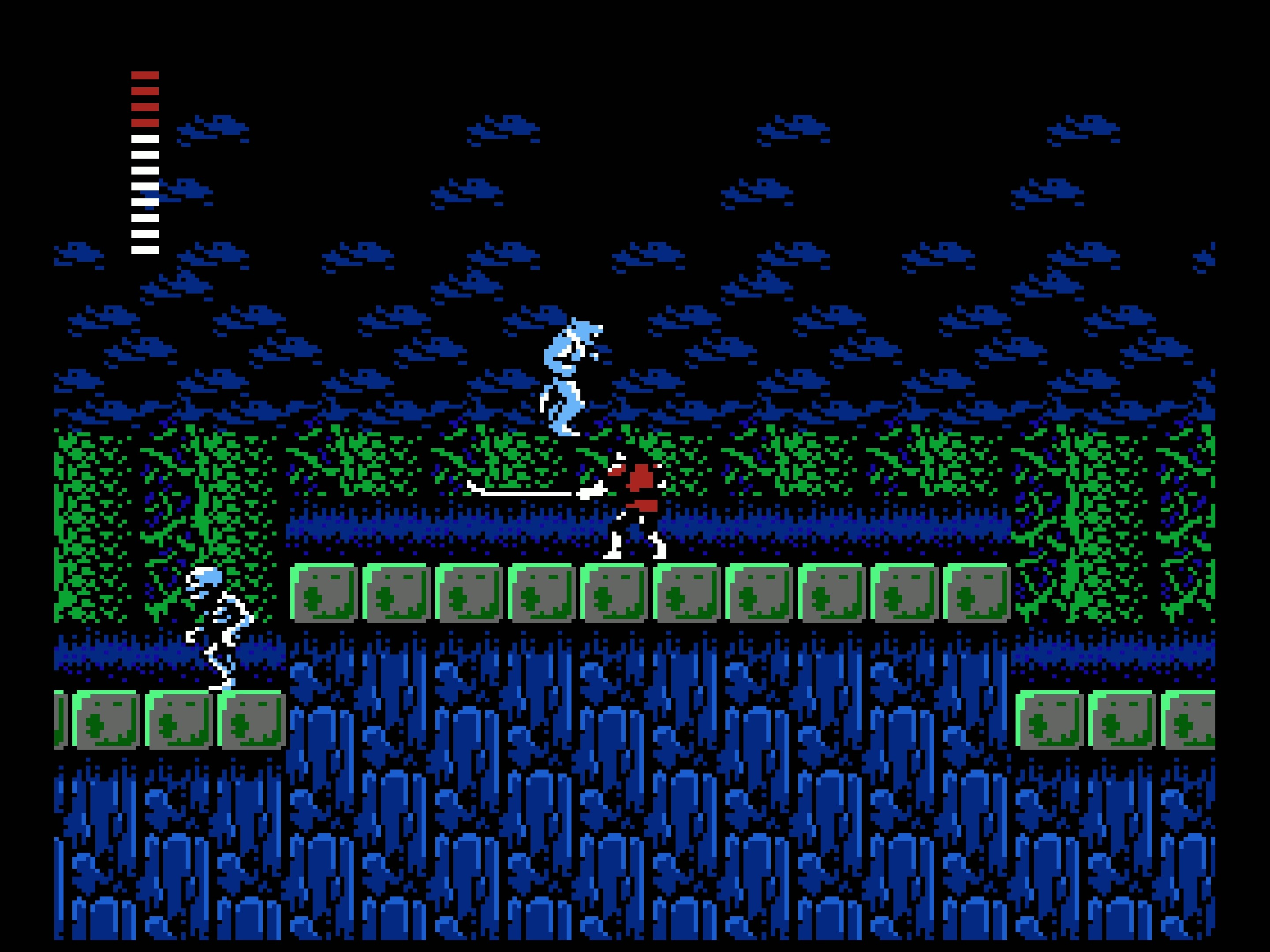 Say what you will about Castlevania 2: Simon’s Quest (thanks I will: I hated it), one thing you can’t knock it for is its outstanding soundtrack. The daylight track that became known as Bloody Tears is so great that it’s one of the best-known songs from across the series, and has been remixed about a bajillion times. Castlevania was a tough act to follow, which explains why the gameplay is so lackluster. The soundtrack, on the other hand? Get in my ears. 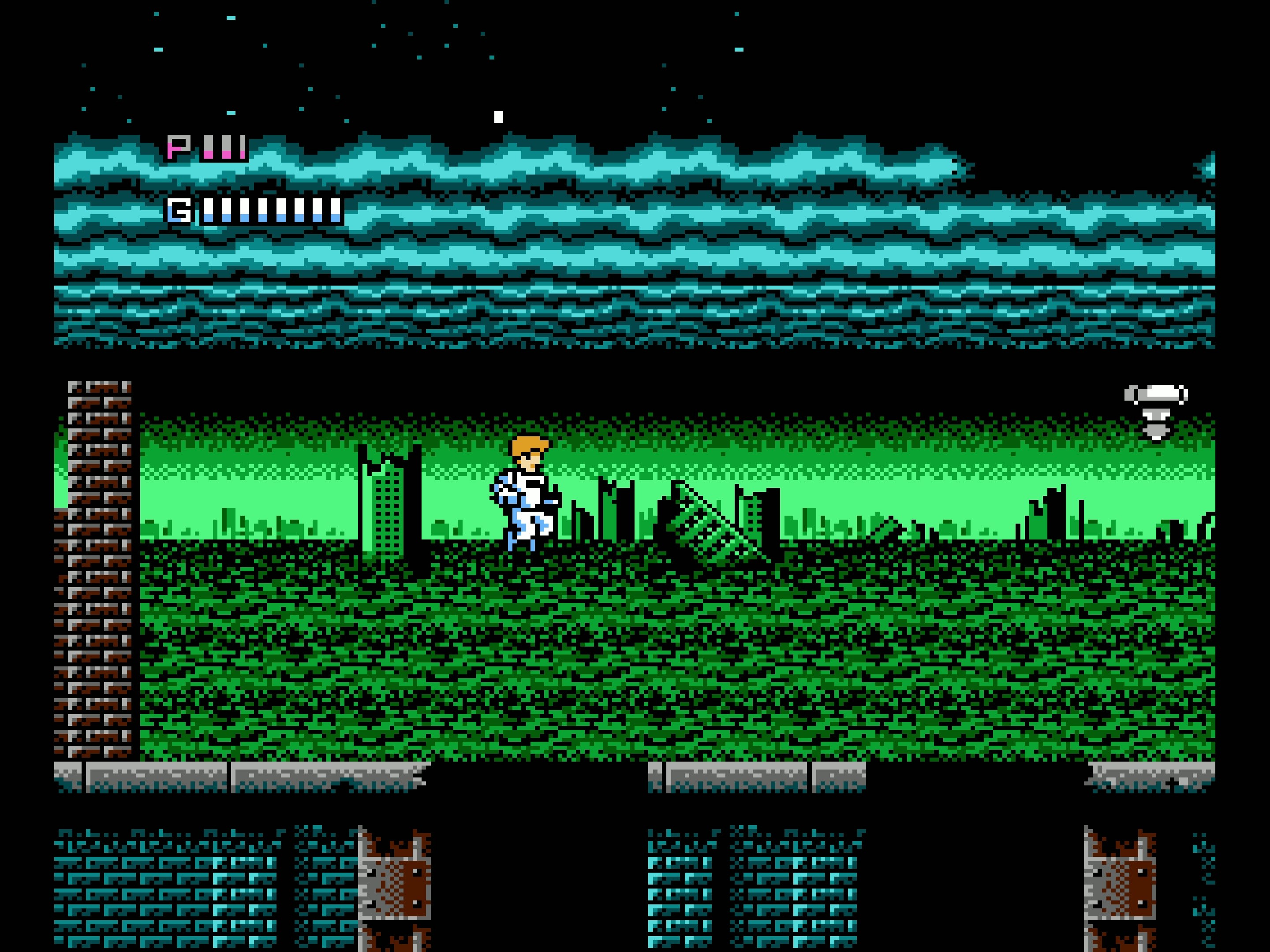 It’s really difficult to pick just one game from Sunsoft’s dreamteam to highlight here. Games like Batman and Blaster Master deserve mention for their outstanding compositions, but I feel like Journey to Siliustops it all. I think it’s telling that many people refer fondly to Journey to Silius, even though it was a fairly middling platformer past its opening stage. However, the soundtrack is so overwhelmingly good that it makes it exceedingly difficult to dismiss it entirely. 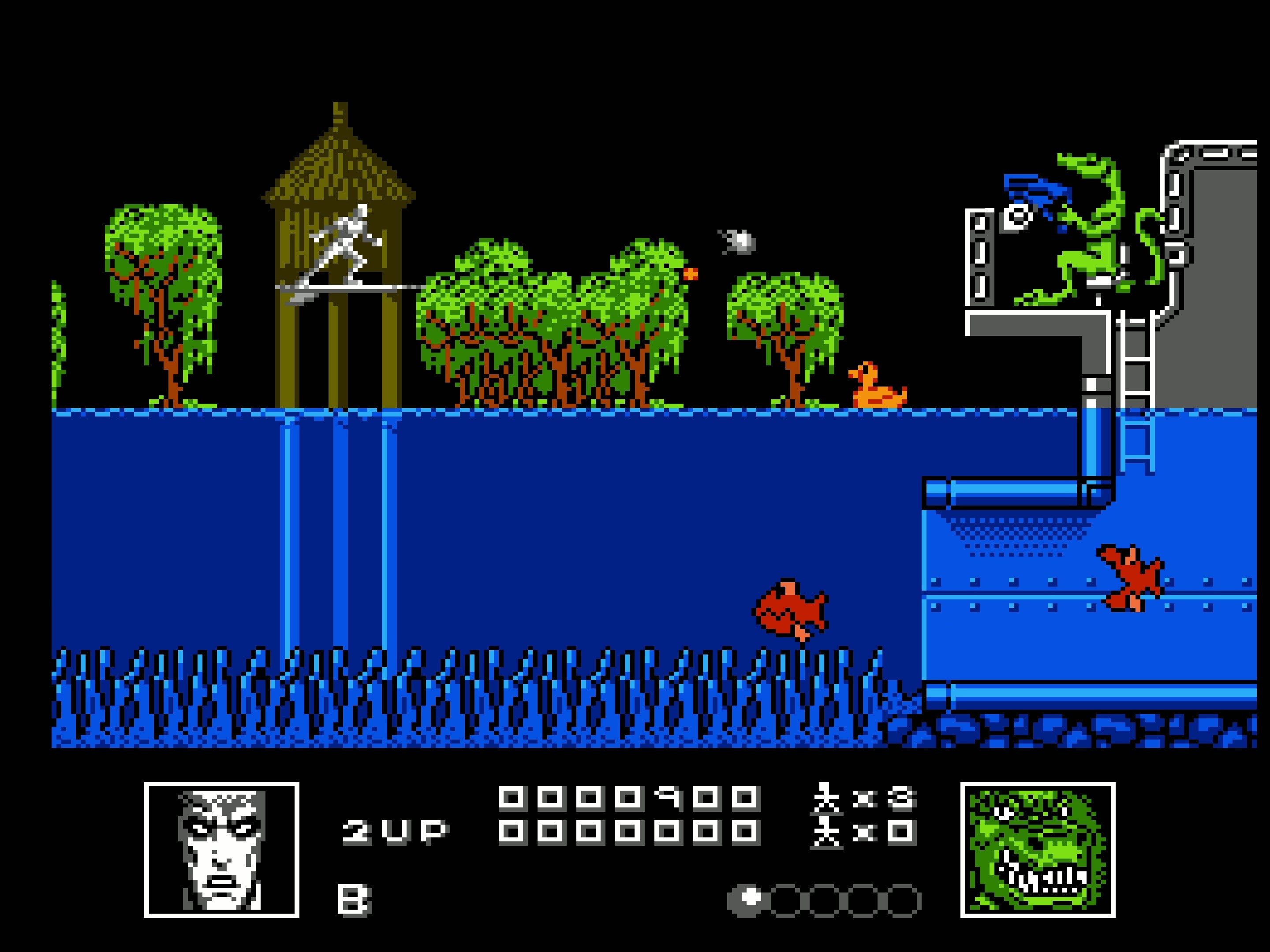 While there isn’t really any consensus on whether or not it’s a good or bad game, one thing that is agreed upon is that Silver Surfer is inappropriately punishing. Playing Silver Surfer is a frustrating way to spend your weekend, but listening to it is a great way to show your ears some appreciation for all their hard work. It’s the aural equivalent of a thermonuclear bath bomb, and while it has its standout tracks, it never lets up. Tim and Geoff Follin put together some of the best soundtracks to go alongside the worst games in the NES library, but Silver Surfer is definitely the zenith of their underappreciated efforts. It’s stunning that anything so enjoyable can be blasted from the depths of an 8-bit microprocessor.

The post 10 best NES soundtracks of all time, ranked appeared first on Destructoid.