Groove to the beat

When you ask a rhythm game fan to list their favorite titles, good money says that they'll start rattling off a bunch of games you can't actually play. Many of the "best" rhythm games are available only to those with access to a halfway-decent arcade or expensive peripherals. Most of those expensive and inaccessible games are excellent, but what are the odds that you'll actually play Dance Dance Revolution A20 or Rock Band 3 in the near future?

If you're like me and only have a couple of modern consoles and a halfway decent PC, it can be hard to break into rhythm gaming. Thankfully, there are plenty of top-tier titles readily available on modern platforms. They might not be quite as good as the finest offerings at a Round1, but they do have the undeniable benefit of being playable. 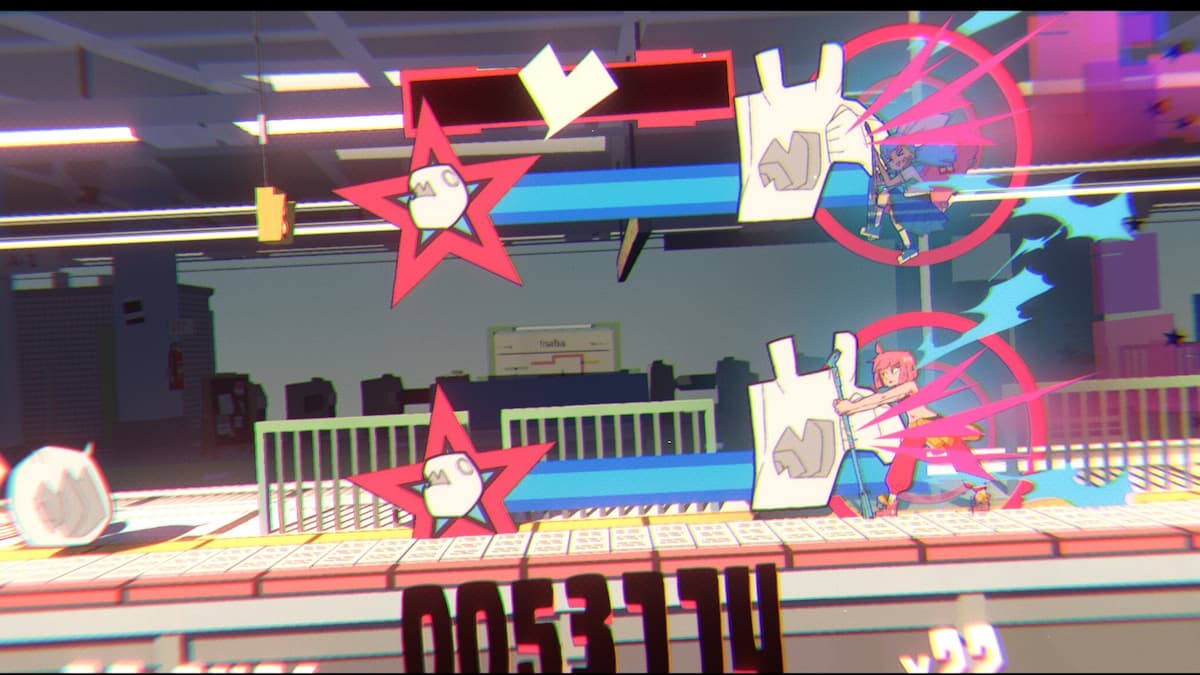 UNBEATABLE, a rhythm game with the panache and style of an anime fighting game, probably won't be out until the end of 2023. Its "demo," UNBEATABLE [white label], is out right now, and beyond being an impressive taste of what's to come, it's also one of the best rhythm games on PC.

UNBEATABLE [white label] is less of a demo and more of a companion piece to UNBEATABLE. The game has its own story, which is currently incomplete (per developer D-CELL GAMES, it will be completed with a series of episodic releases). More importantly, it's got a killer soundtrack and truly engaging visuals. It's a real treat, especially at the low low price of free. While I'm pretty excited for UNBEATABLE, I'm more than happy to spend more time with [white label]. 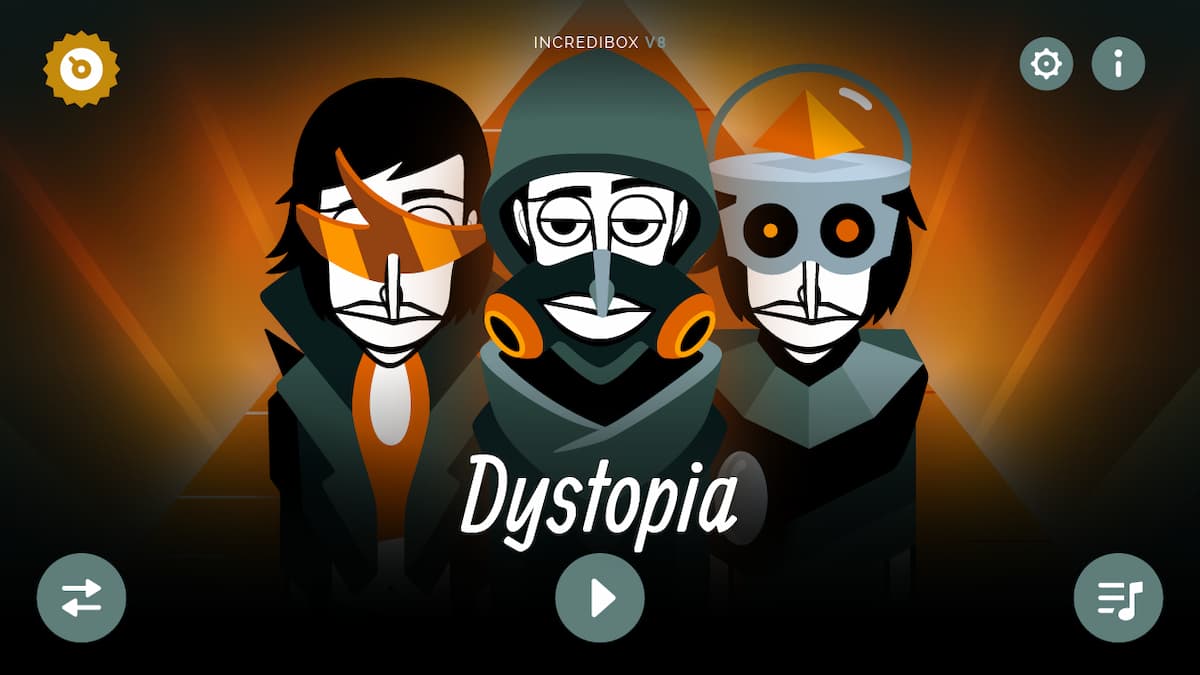 Image via So Far So Good[/caption]

I'm not sure if Incredibox counts as a "rhythm game," but it has the "rhythm" tag on Steam and it rocks, so I'm including it. Incredibox is a kind of music production toy which involves layering different loops over one another to create awesome music. It's almost impossible to make something that sounds bad.

Incredibox doesn't have a lose state and it doesn't involve tapping anything to the beat, so it might not be a rhythm game in the same way the other titles on this list are. Still, I have often felt that the joy of rhythm games comes from the imitation of "creating" music, and Incredibox is a pretty natural evolution of that concept. If you love music, it's at least worth checking out. 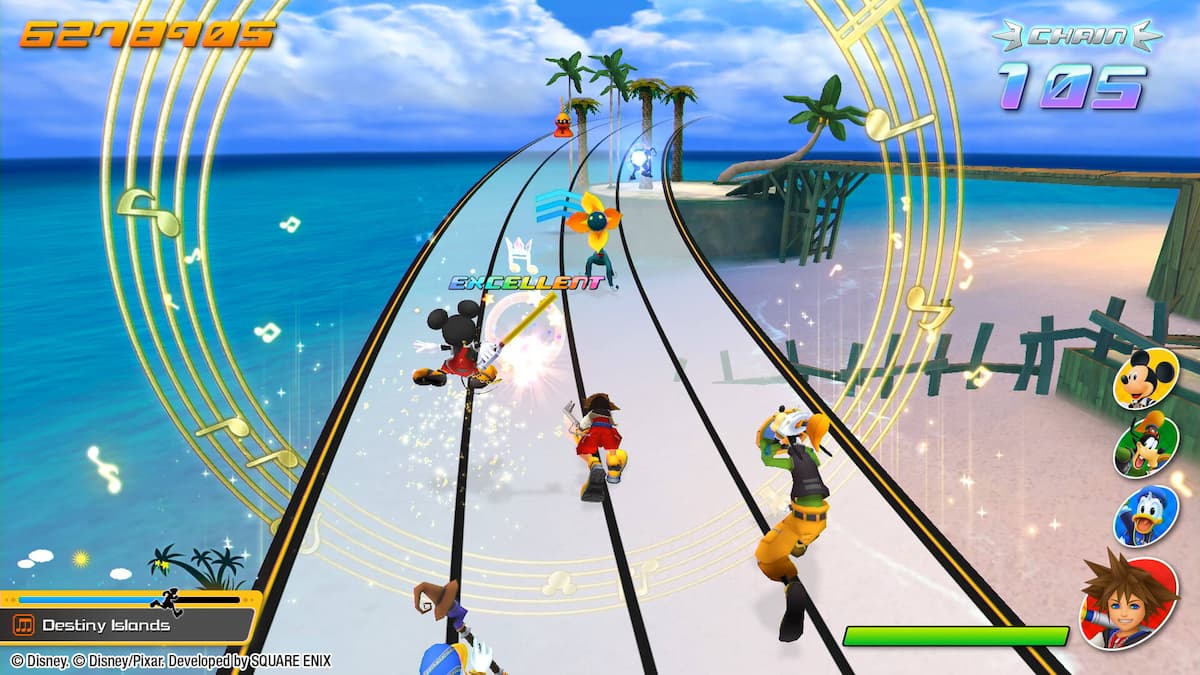 This isn't just a consolation prize - Melody of Memory is great. It's probably the easiest game on this list, but it's got nearly every song from one of the best franchise soundtracks in video game history. Rhythmic "combat" is an idea that's been tried before, and it's not at its deepest here, but it's undeniably very satisfying. There are plenty of games that can rigorously test your dexterity and sense of rhythm, but when you just want to feel good tapping away at some beautiful music, it's tough to do better than Melody of Memory. It's one of my favorite Kingdom Hearts games, and it's also an excellent rhythm game in its own right. 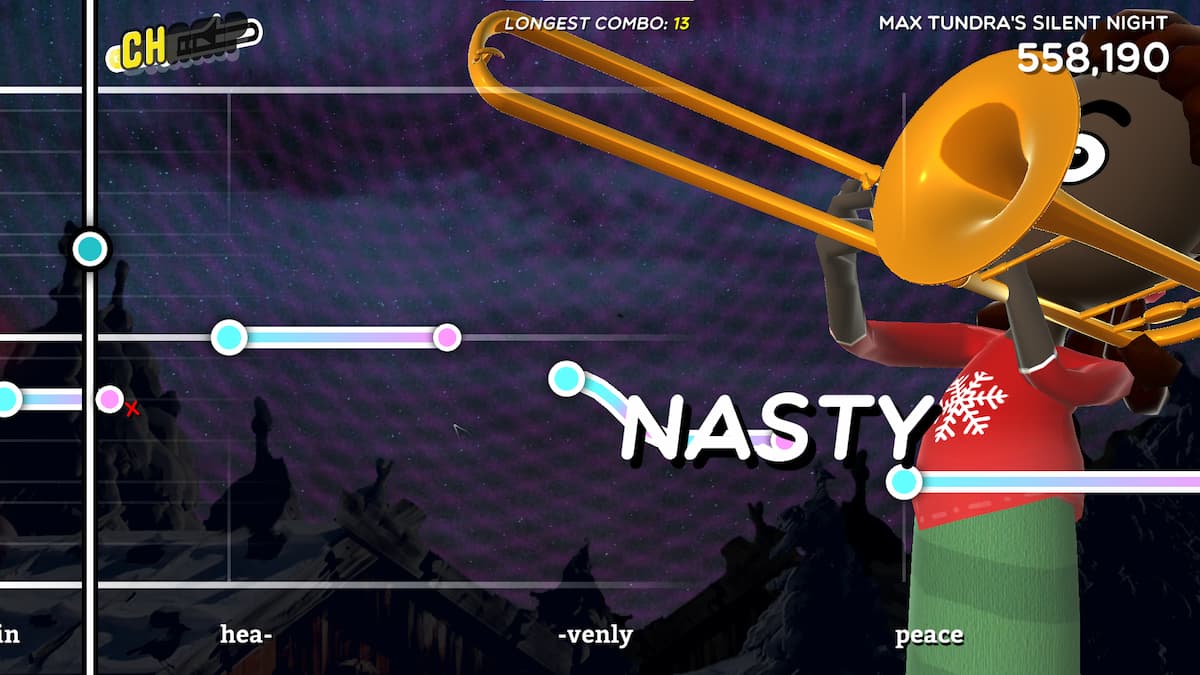 Nothing in Trombone Champ sounds "good," but that's not really the point. This uproariously funny title places you in control of a "tromboner" (the game's word, not mine) and gives you free rein to play whatever music you want. There is a beatmap here, but the game absolutely will not help you hew to it at all, which means that most of your tromboning will consist of playing a note that's either just barely wrong or entirely wrong.

There might be a way to get good at Trombone Champ. I've never seen it happen, and I've never tried to do it. I'm happy to be the world's worst tromboner. It's funnier this way. 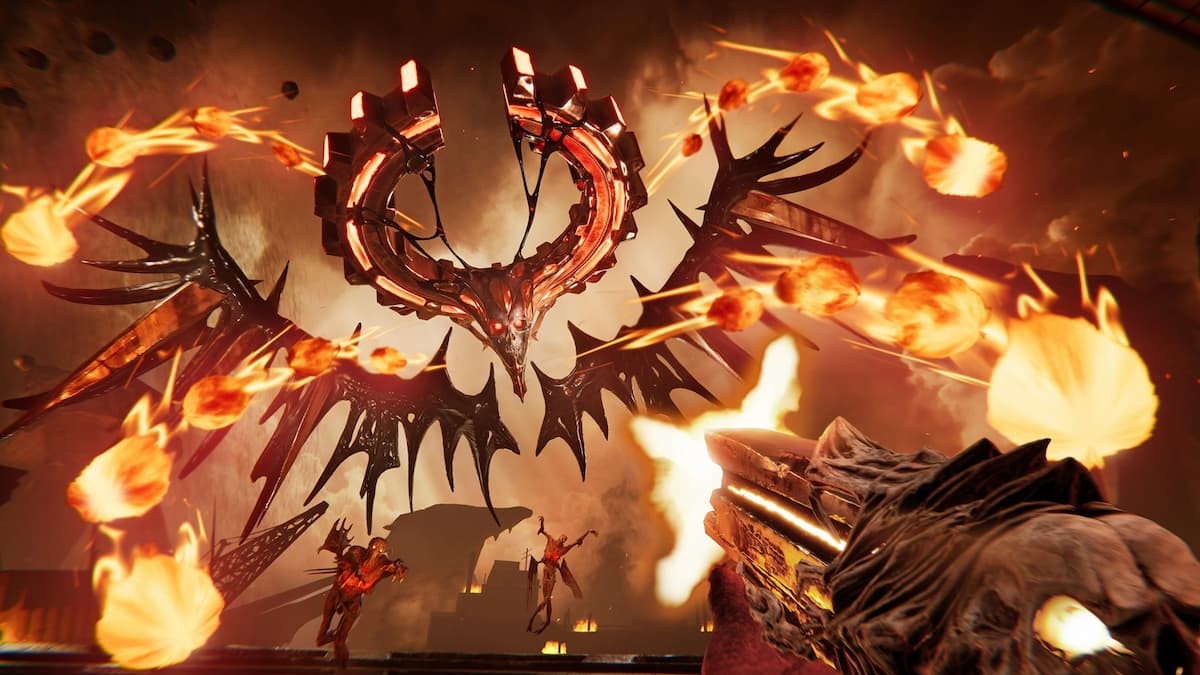 If you enjoy heavy metal, DOOM (2016), and rhythm gaming, then this game is pretty narrowly targeted at you. Even if you don't like any of those things, though, you probably won't be able to resist falling for Metal: Hellsinger's charms. How many games feature Troy Baker as a talking skull narrating over a Matt Heafy solo? 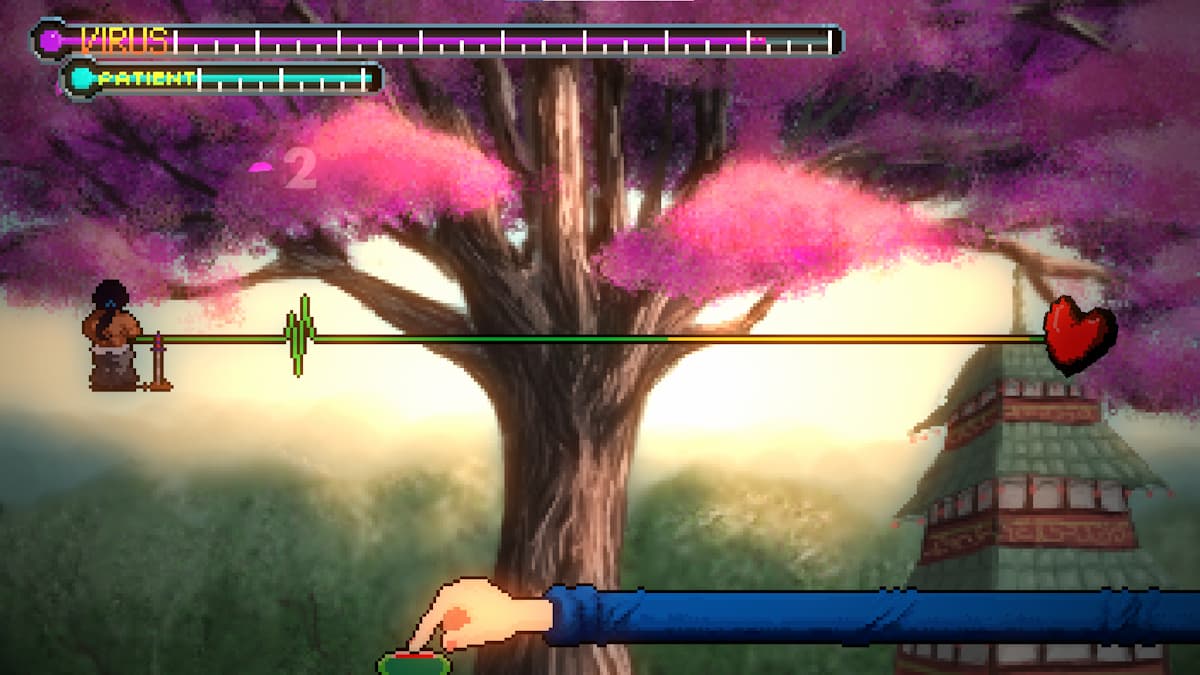 Rhythm Doctor is phenomenal. This charming early access rhythm game is deeper and more interesting than most fully released games of the past several years. Rhythm Doctor is set in a struggling cardiac hospital that makes the decision to employ a remote intern. Your job is to restart patients' hearts by tapping one button to the beat.

It's not as heavy as it sounds - in fact, Rhythm Doctor is quite goofy. The game's world is vibrant and zany, populated by really interesting characters (not exactly a common thread in rhythm games). It also wrings a very impressive amount of mechanical complexity out of just one button, and, of course, the music is amazing.

4. Crypt of the Necrodancer 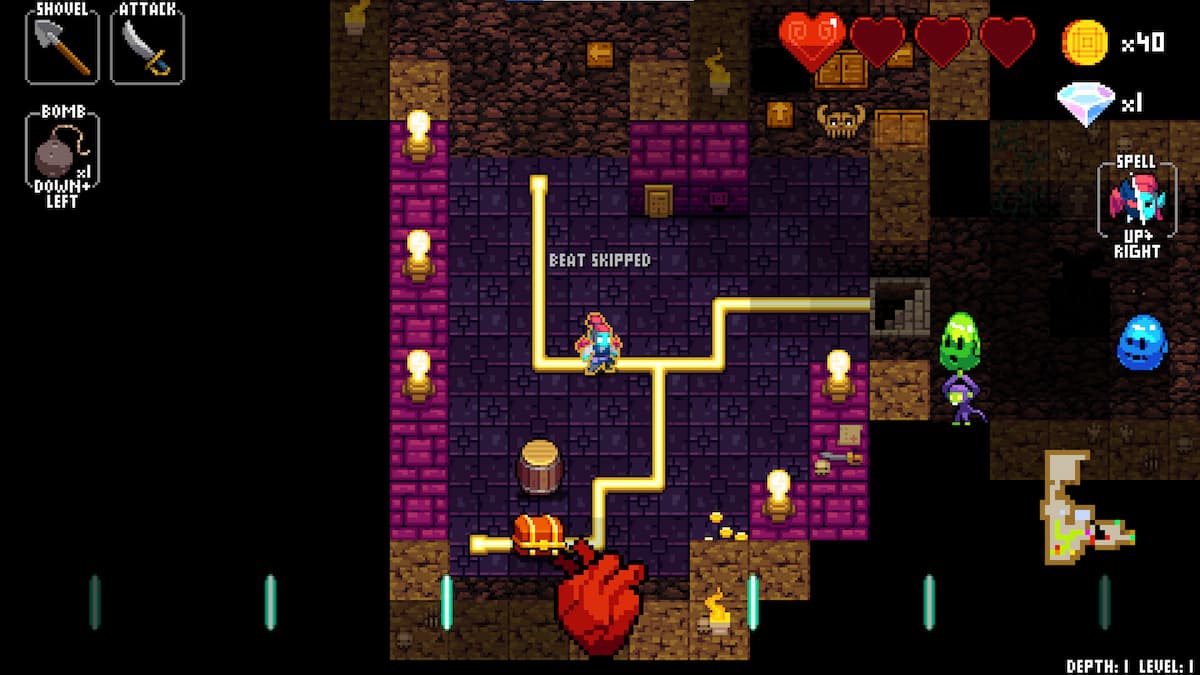 Crypt of the Necrodancer is so simple that it hurts my brain. Literally all you do is move around a dungeon to the beat, attacking enemies simply by bumping into them. There are some basic buffs and item pickups, but at its heart, it's exactly what it looks like. It's all about reading and responding to patterns in the most simple manner possible, and it's wildly addictive. Every time I start playing Necrodancer, I lose hours to it.

On its face, Crypt of the Necrodancer is very basic. And yet, there's nothing else quite like it. Necrodancer uses its simplicity to its advantage to create one of the most enjoyable rhythm experiences out there. 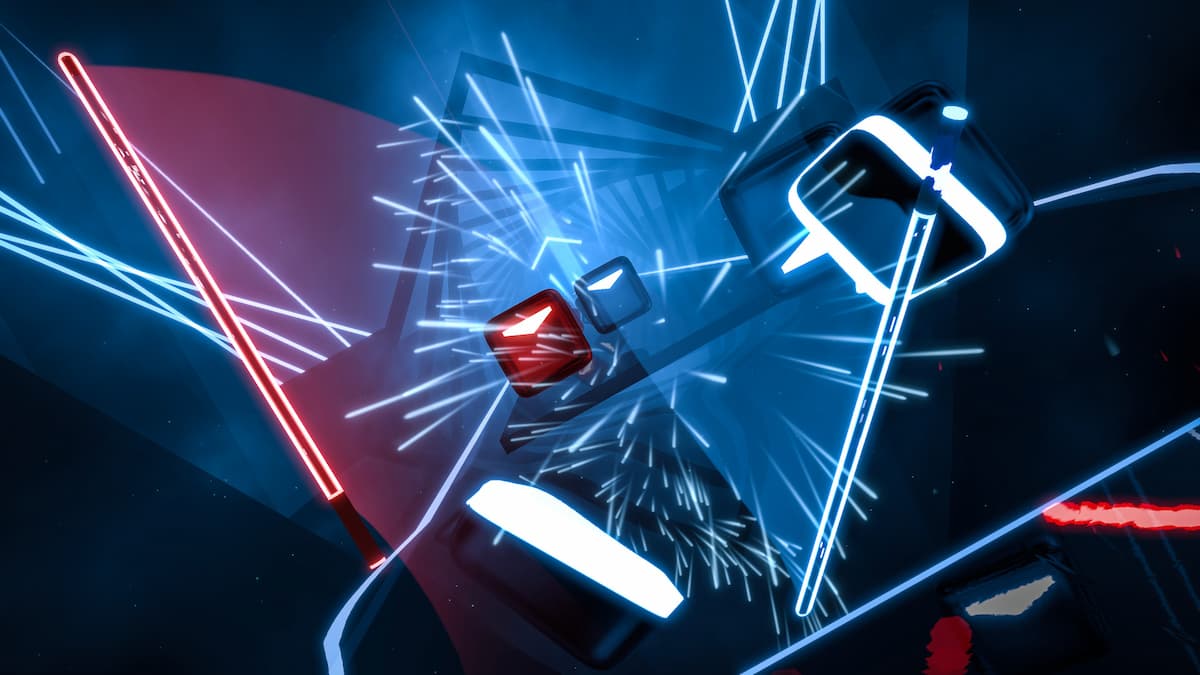 Alright, this might be stretching the boundaries of what you can actually play. You do need a virtual reality headset and a decent amount of space to play Beat Saber, which will immediately make it a tough sell for many. But a Meta Quest 2 costs less than most current-generation consoles, and once you're past that (admittedly tall) hurdle, it's tough to do better than Beat Saber. 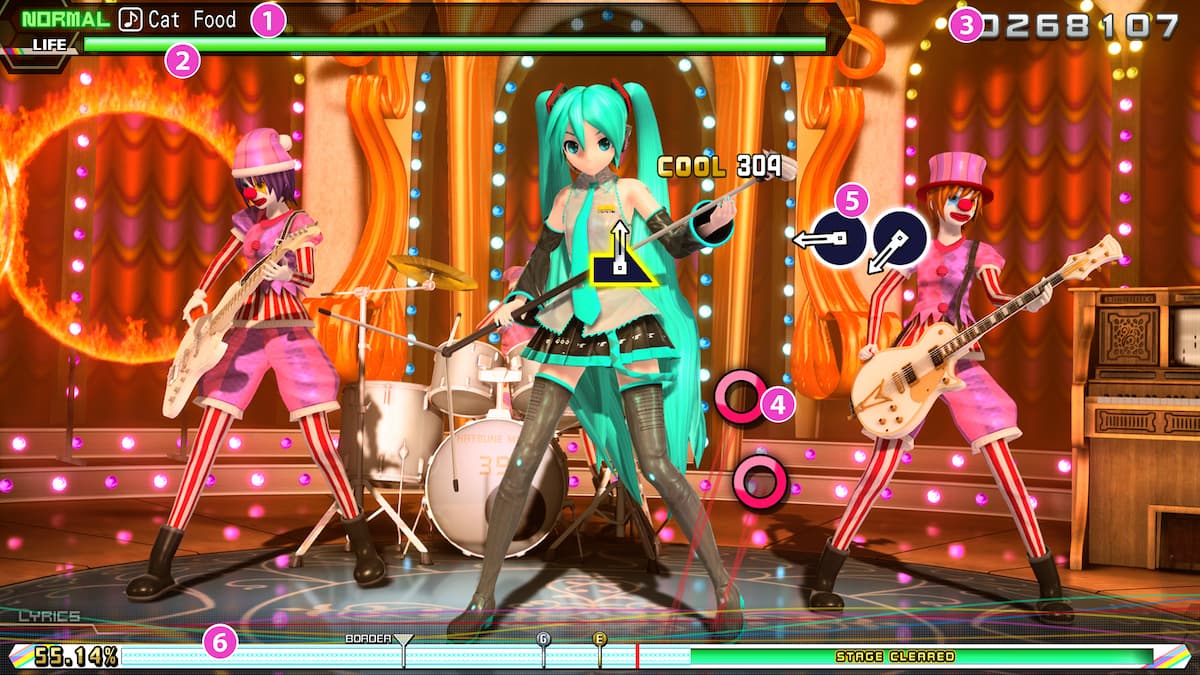 When you hear the words "rhythm game," you probably instantly picture something that looks like a Hatsune Miku:Project DIVA game. Colorful button prompts float across the screen in front of a video of anime girls dancing. You tap the right button when the prompts line up. Occasionally, you hold those buttons, or you slide the analog stick. Yes, this is rhythm gaming perfected.

Every Project DIVA game is pretty similar and pretty great. If you've only got a Switch or a PC, Mega Mix is a fine option, too. I've included Future Tone on this list simply because it's the one I play the most, but it's hard to go wrong with any Project DIVA game. These are the rhythm game-iest rhythm games around, and they're good for scratching any musical gaming itch. 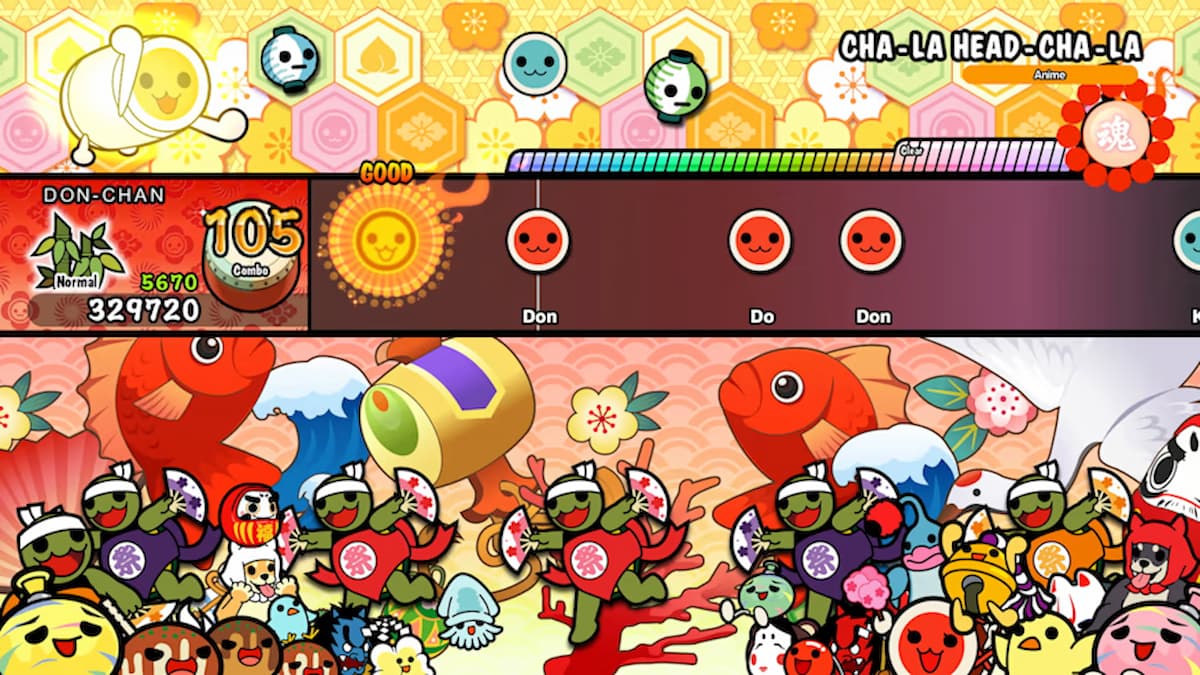 The secret to picking your favorite Taiko no Tatsujin game is simply looking at the tracklist. I like Drum 'n' Fun because it's got the best One Piece opening and the best Super Mario Odyssey track, but you can really pick whichever game has your personal favorite songs. This one gets bonus points for being one of the few rhythm games that you can play with just about anybody. The barrier to entry is very low thanks to incredibly simple controls, but true mastery can be extremely difficult.