Counting down the 10 Best Star Wars games isn't easy, with so many good games out there...

With over four decades of Star Wars games, many of which remain easily accessible to the general public, it can be difficult to narrow things down to such a short list. The quality assurance oversight historically from LucasArts, (Lucasfilm's now-defunct gaming division,) and now from Lucasfilm Games (the reformed modern division created by Disney and Lucasfilm), has ensured that developers and publishers put in the necessary time and effort into crafting enjoyable and successful Star Wars titles that don't tarnish the reputation of the corporate IP. That said, some games still clearly rise to the surface as being well beyond the usual fare... 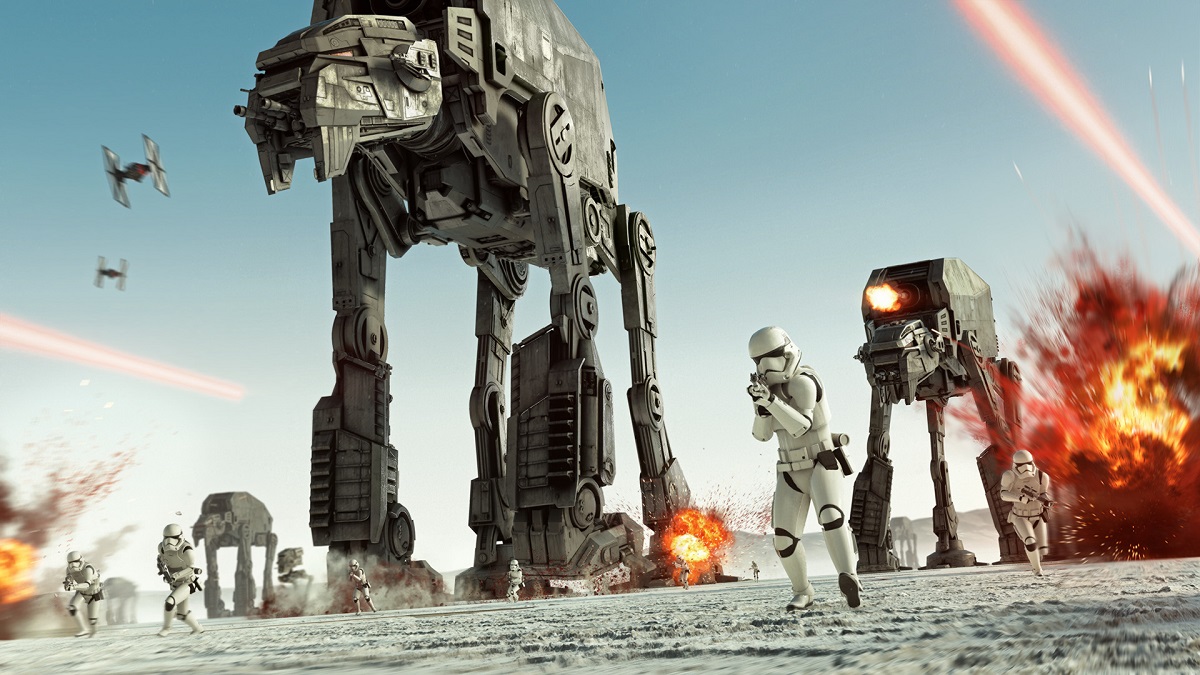 Despite experiencing arguably one of the worst launches in gaming history, (due in no small part to the game’s ridiculously-excessive monetization, severe game balance issues, and an overall lackluster amount of content,) EA's second entry in the rebooted Battlefront series made a surprisingly strong comeback in its short post-launch lifespan. With the removal of pay-to-win elements like burn cards, hero unlocks, etc., and the addition of new maps and modes, Battlefront 2 finally began to redeem itself in the eyes of both casual players and hardcore fans alike.

While EA’s decision to abandon the game so soon after the removal of loot boxes (and the overall reduction of in-game monetization) did come across as a bit conspicuous, the developers at DICE did an excellent job redeeming a game that only months before would’ve been deemed unsalvageable. It’s unfortunate that this goodwill has not, as of yet, prompted the announcement of a new sequel. 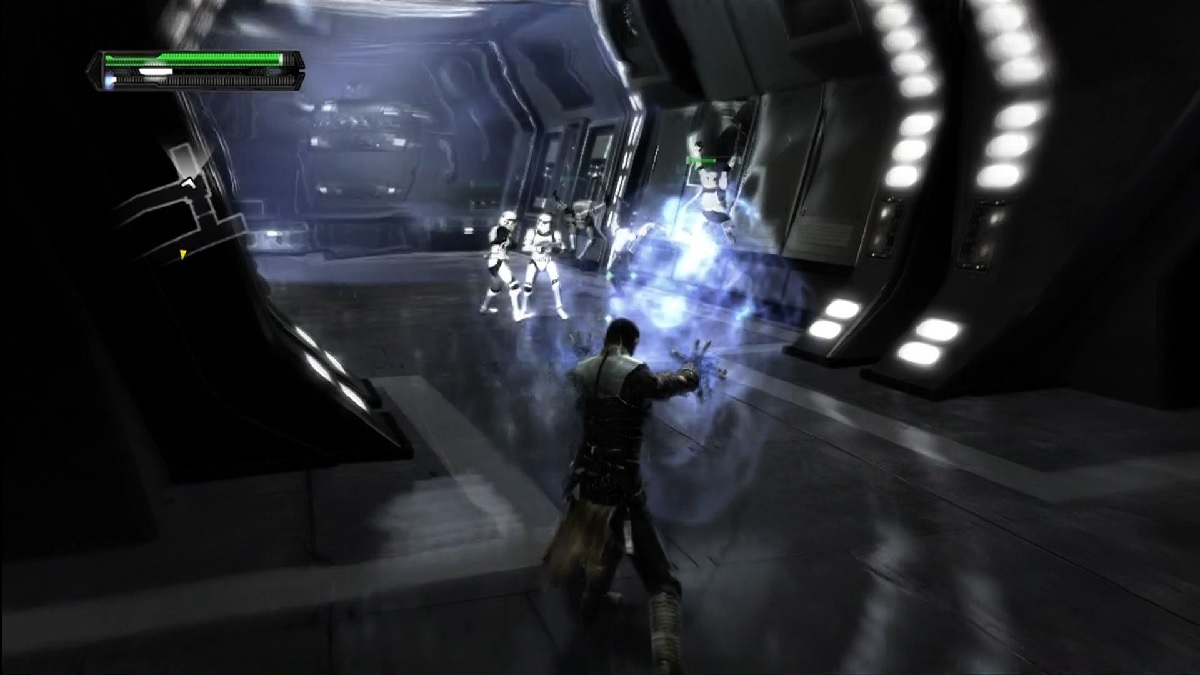 While sadly no longer accessible in its original form, the legacy of Star Wars Galaxies lives on in the hearts and minds of Star Wars fans across the globe. While many other Star Wars games placed players in the action-heavy role of Jedi, smugglers, and other roles that harken back to the films, Star Wars Galaxies presents you with the opportunity to not just fight for the vast universe, but to actually live within it.

Social interactions and server-wide roleplay and collaboration were just as crucial to the gameplay as were the lightsabers or an E-11 blaster rifle. Whether you wanted to be a pilot, an entertainer, a medic, or any number of other possible professions, you had the freedom to do exactly that. Given the passionate, yet relaxed attitude of both the game and its playerbase, it’s small wonder that Star Wars Galaxies has continued to live on, in an unofficial, community-run capacity. 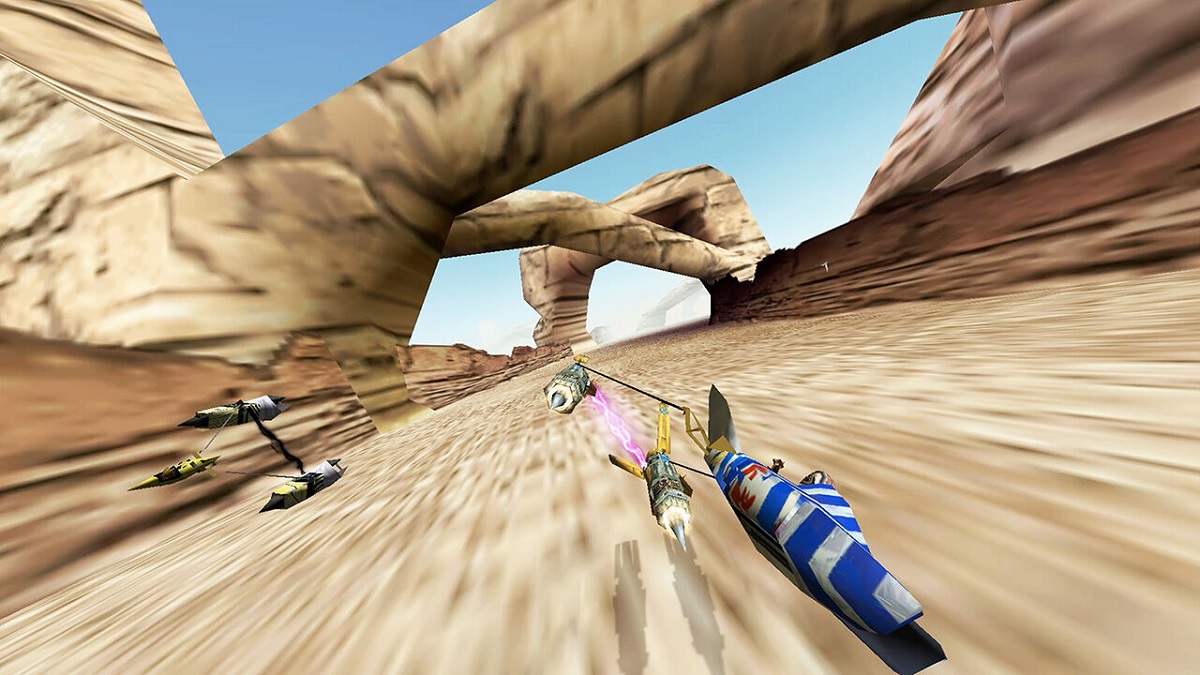 Whether you played it in the arcades or on a home console, Star Wars Episode I: Racer manages to capture the frantic high-speed energy of sci-fi racing like few others before or since. The frantic speed and intensity of each race, combined with the aggressive AI bots that are always more than happy to bump you out of the race, forces you to pay close attention at all times.

No matter if you’re racing across the desert plains of Tatoonine, or the Mon Gazza speedway, you better be prepared for every sudden twist and turn along the way, or you’ll find your podracing career brought to a sudden, unfortunate end. While the controls might be a bit janky, the hilarity of exploding and being reduced to a heap of mechanical rubble, as your character’s heavily-compressed voice screams in agony, is enough to make one burst out laughing with masochistic glee.

While a few other Star Wars games let players choose between the light and dark sides, usually from a light or neutral position, Star Wars: The Force Unleashed explicitly explored the darker side in greater depth. The Force Unleashed has the player take on the role of Darth Vader’s secret apprentice, who sets out to prove himself to his dark master.

The hack-and-slash combat system, combined with the detailed physics system, allows the player to use both their lightsaber and the force in new and inventive ways, and explore a variety of iconic Star Wars locales, as they progress through the compelling narrative. With a Nintendo Switch port released just last year, there’s no better time to jump in and unleash your own power. 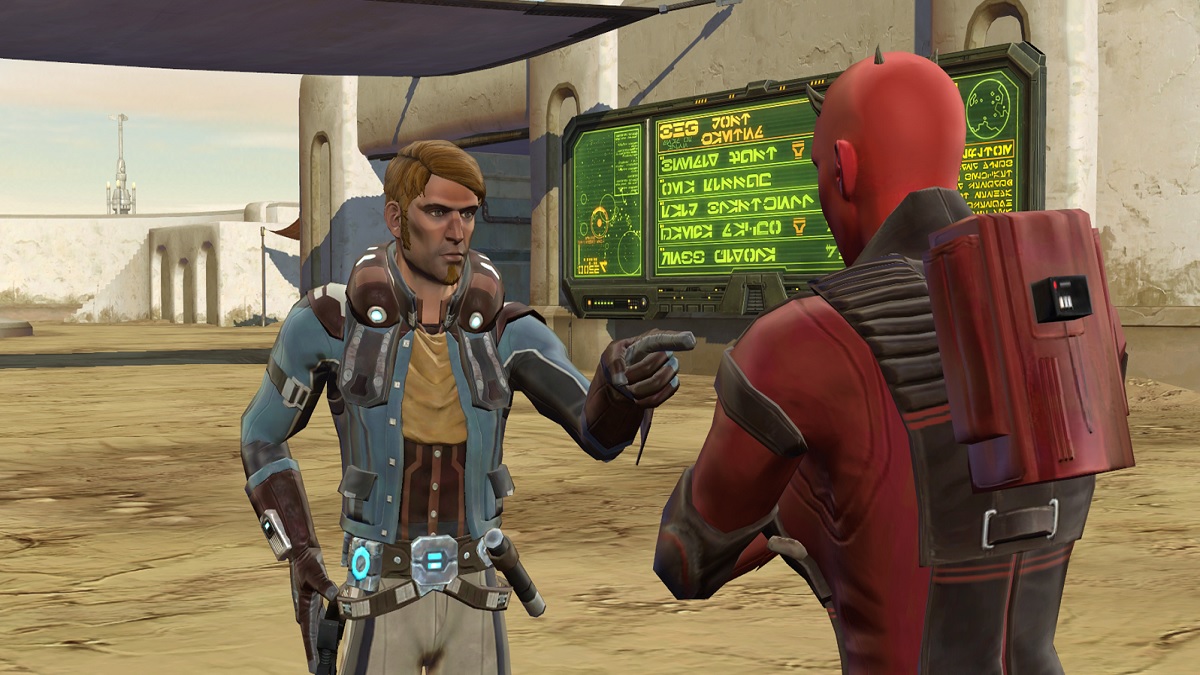 Given its over eleven-year lifespan so far, it’s hard to argue that Star Wars: The Old Republic hasn’t stood the test of time. Where it might lack, such as its merely-passable graphical fidelity and generic art style, it mostly makes up for with the vast amount of story and gameplay content. Whether you prefer to play solo, fight alongside other players in PVE missions, or test your mettle in PVP, or all of the above, you can do so in this title. The inclusion of new expansions and updates over the years makes Star Wars: The Old Republic a hard title to say no to. 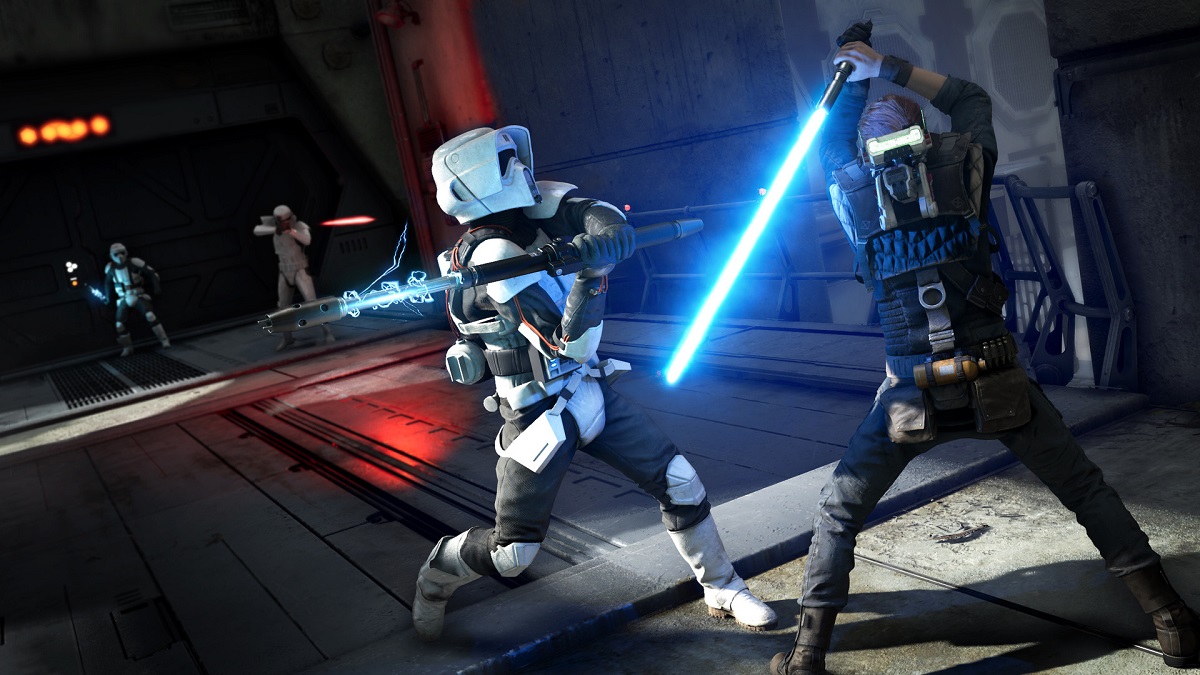 Respawn Entertainment’s first foray into the universe far far away, with Star Wars Jedi: Fallen Order luckily proved to be a smashing success, in large part due to the game’s rich story campaign, challenging but not necessarily unforgiving boss battles, and invigorating puzzles and platforming sections. While there still are certain elements (such as the convoluted navigation and performance optimization) that certainly disappoint, these are few and far between when compared to what works here. 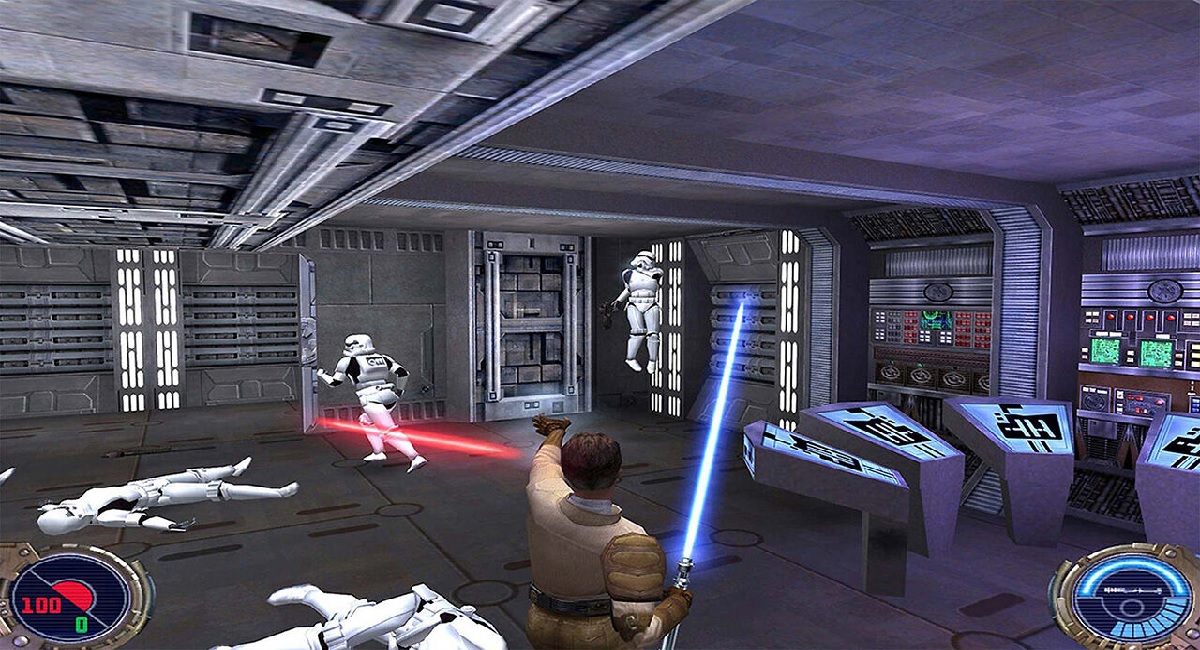 Many Star Wars games to date have allowed players to experience the heroic fantasy of wielding a lightsaber against a wide range of foes. However, few have incorporated lightsaber combat mechanics as intricately as Star Wars Jedi Knight II: Jedi Outcast.

The fluid responsiveness of the combat system allows players almost limitless options in terms of swing angles and directions, making you truly feel as if the force is with you. While the story-driven campaign is competently told, and its levels provide players an ample degree of challenge, it’s the multiplayer component that truly stands out. 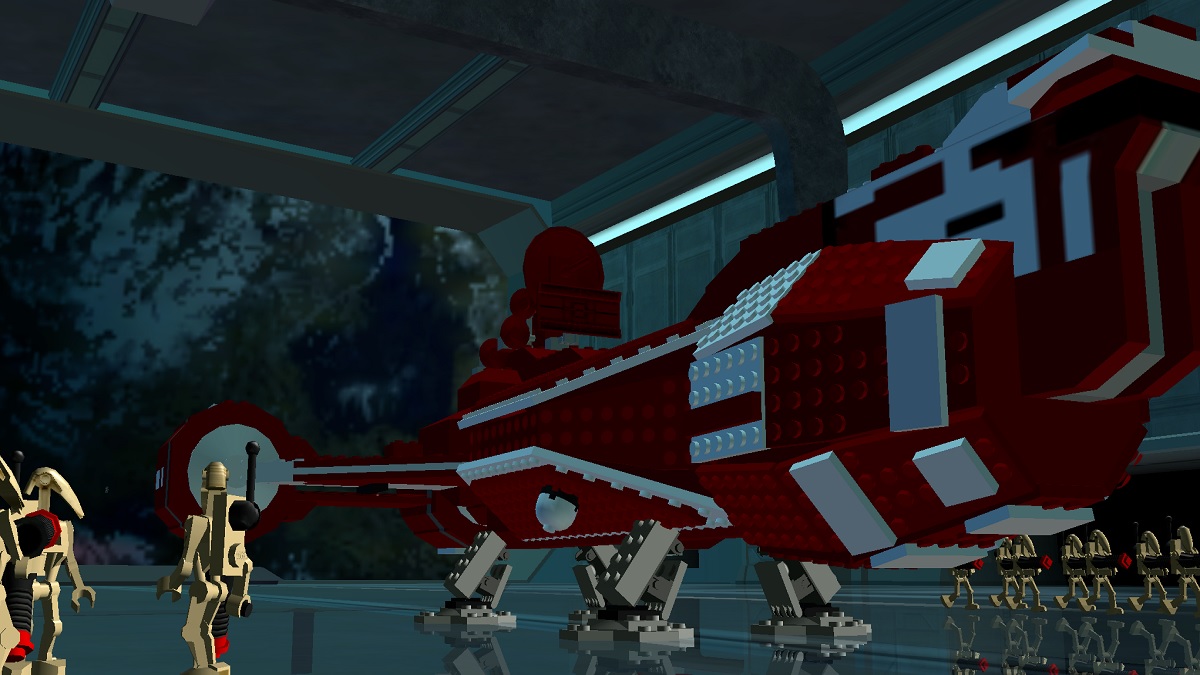 While the title itself now might be a bit inaccurate, owing to the addition of the recent sequel trilogy, LEGO Star Wars: The Complete Saga presents a tempting bundle of content, with a few sprinkles of new content thrown in for good measure. The fresh inclusion of “Arcade Mode” allowed players to engage in 1-on-1 deathmatch contests, with adjustable modifiers such as time limits and maximum lives. Likewise, “Bounty Hunter” missions allowed players to revisit previously-completed levels in order to locate specific targets, as a timer ticked down menacingly.

This enhanced re-release also saw the implementation of a “Power Up” mechanic, where the player could randomly find blue glowing orbs that would multiply their damage output, granting temporary health recovery and boosting their damage output. LEGO Star Wars: The Complete Saga is the model example of what a re-release can, and should, offer: A decent number of quality-of-life improvements, and just enough bits of new content to sway existing fans into recommitting their time and money toward it. 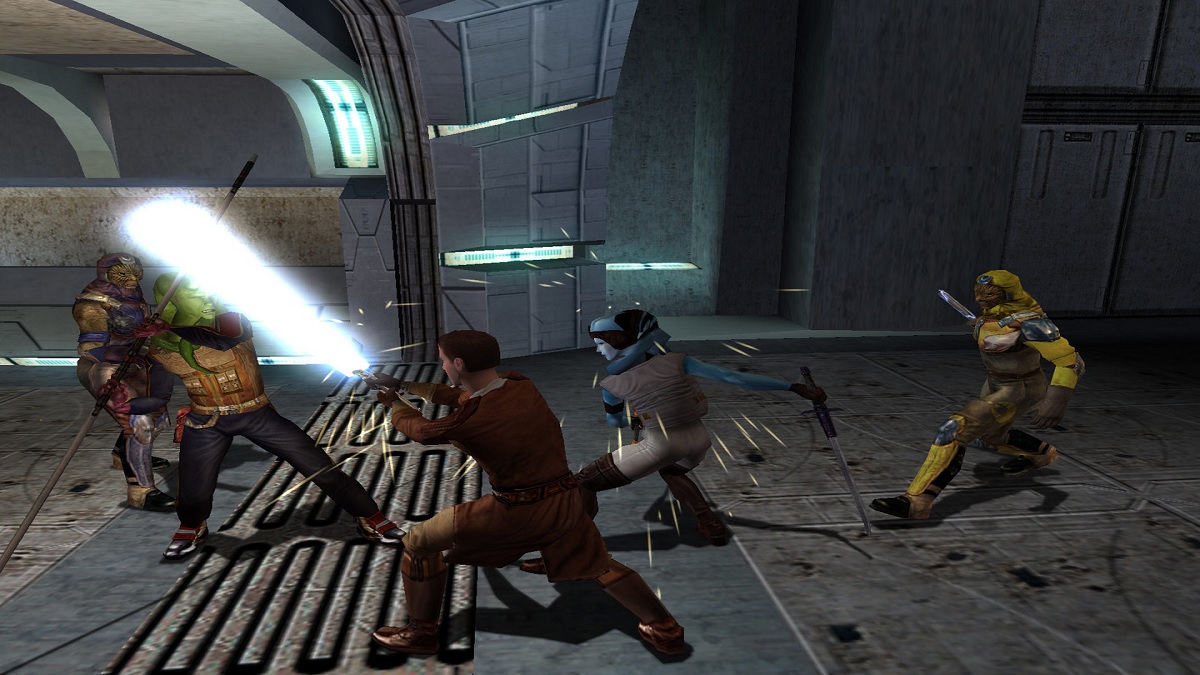 Even now, almost a full twenty years after its release, Star Wars: Knights of the Old Republic remains the best single-player Star Wars title to date. While diehard fans can point to many contributing factors, core among them was the game’s extensive dialogue options. Tied into the morality system, (by which players’ actions would be judged as good or evil,) the player always has to be mindful of not only what they are saying, but who they are saying it to.

Choosing the “good” path may not always lead to a “good” relationship with that NPC character. Star Wars: Knights of the Old Republic makes it clear that while both the Jedi and Sith orders may traditionally deal in absolutes, you may find yourself walking a slightly murkier path. Between the stellar voice acting, the richly-sophisticated combat system, and the incredible worldbuilding, Star Wars: Knights of the Old Republic remains an out-of-this-world RPG that no Star Wars fan should overlook. 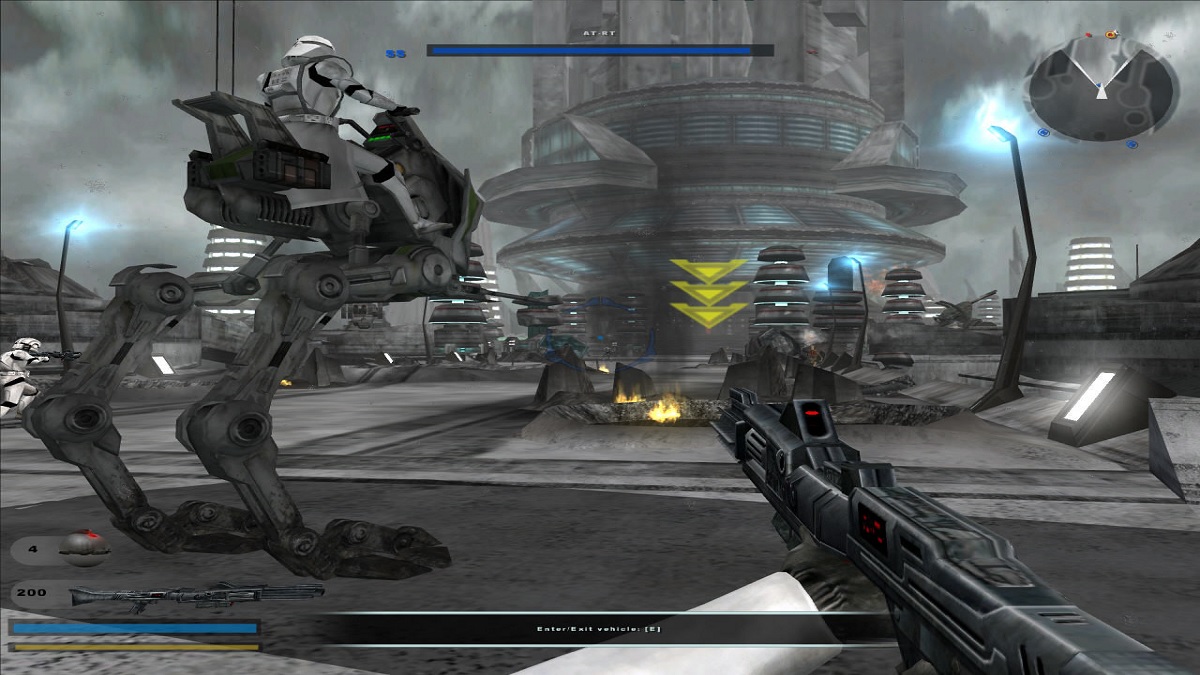 It’s a little ironic, perhaps, that Battlefront II appears twice on the same list, but in both cases, the selection is easily justified. (This entry is not to be confused with #10 on this list, which is a 2017 sequel to the reboot of the Battlefront series.) While the original Star Wars Battlefront (released in 2004) was a resounding success, it was its sequel that really expanded the potential for what players could hope to see in a multiplayer Star Wars game.

From its 32-player multiplayer capacity to its drastically improved AI bots, there was, and still is, a lot to appreciate here. When you also consider the decent story campaign that rounds out the experience, there’s a lot to draw prospective players toward the battlefront.