They’ll have you seeing red

After ruling the home console roost for almost a decade, the mid-nineties were a turning point for Nintendo, and not in a “they finally quit cocaine and got their act together” kind of way. After creating their own worst enemy by screwing Sony in an effort to make a CD expansion for the Super Nintendo, they were struggling with getting their own next-generation console to the market. A lot of other companies were touting their fancy 32-bit monstrosities, and Nintendo needed something to convince people that they were still on the cutting edge. Otherwise, they might turn to Phillips, Atari, or 3DO to satiate their need for extra bits.

So, they turned to the inventor of the Game Boy, Gunpei Yokoi, had him put a bow around that virtual reality thing he was tinkering with, and shoved it out to market. The hardware wasn’t ready. Developers weren’t ready. The public wasn’t ready. Nintendo wasn’t ready. So, the Virtual Boy was swept under the rug in less than a year, and we were all politely asked to forget it ever happened.

But then, there are jerks like me who won’t let undetonated warheads lie. We have to just keep poking them, waiting for the safety mechanism to fail. We pull it apart, trying to see what makes it tick and if we can make it tick again. It’s in the name of science or something, I don’t care, let’s just light this candle.

So here’s a list of the top 10 North American releases on the Virtual Boy. You may be asking, “there were more than ten games?” Yes, but only barely, so this should be easy. 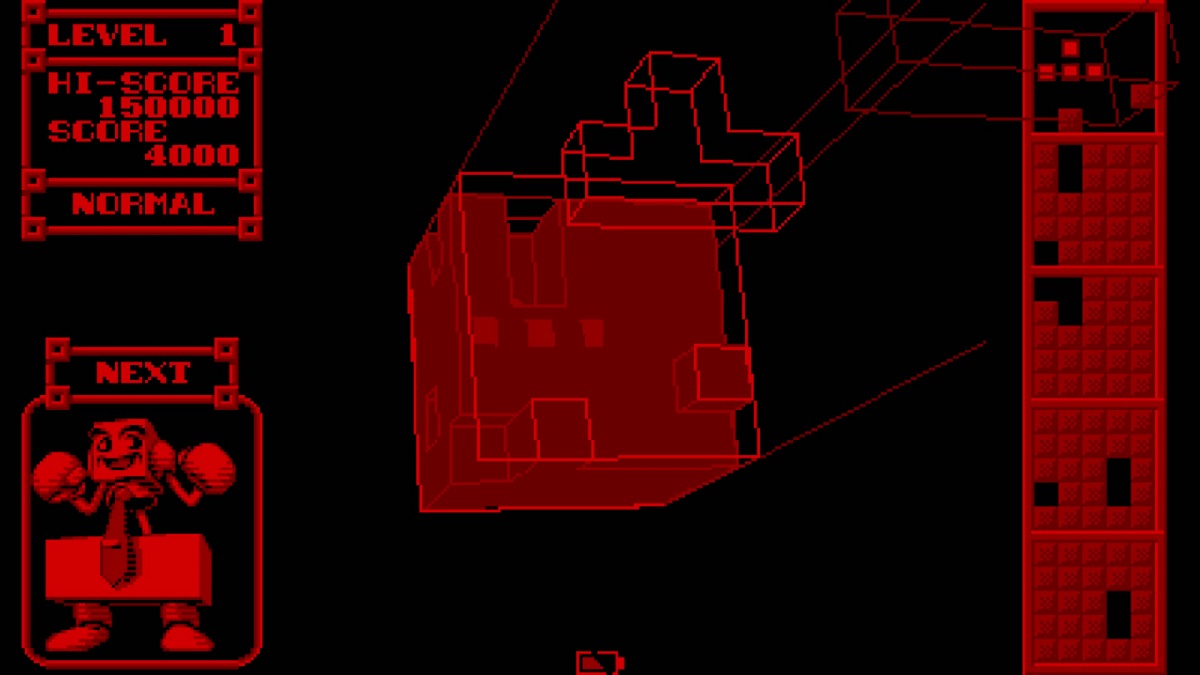 3-D Tetris belongs to the category of Virtual Boy games that were novel ideas that didn’t work out but no one had the heart to cancel it. Tetris is fun, cubes are great; on paper, everything should be pastries and gravy. 3-D Tetris almost works, and it even has a great aesthetic with some ‘tuded up tetrominoes watching you from the sideline.

The main idea is that rather than just building solid Tetris walls, you’re filling in a cube. This is a fine idea, but it fails in a few key areas. First, the controls take a lot of practice. Tetrissucceeded in its easy-to-learn, difficult-to-master gameplay, so telling someone to manipulate blocks on three-axis is a big ask. Second, while the added depth helps with figuring out where your blocks are going to land, the fact that the tetrominoes fill as you set them down means you’ll never be given a full view of the gaps in your structure. This slows things down substantially and makes it very difficult to course correct after making a mistake.

I’m not sure the formula ever had a chance to work, but it was a reasonable experiment. I’ll stick to Tetrisphere. 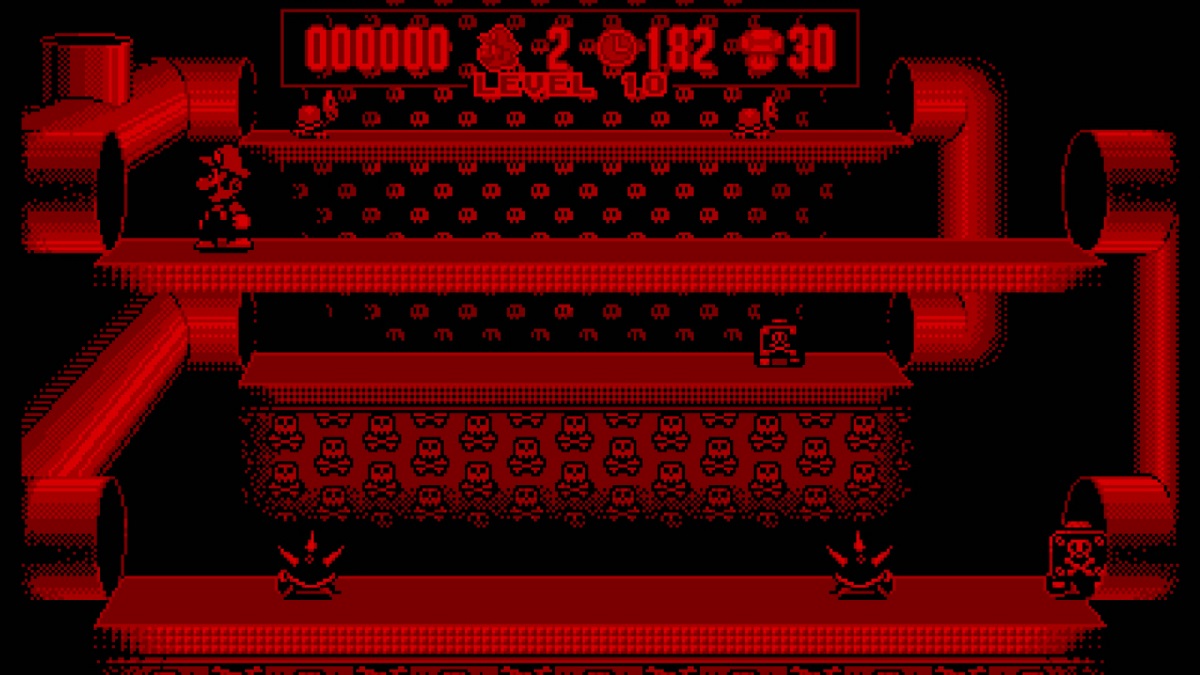 We, unfortunately, never got a true Marioplatformer on the Virtual Boy. Instead, there was Mario Clash, which was sort of like the original Mario Bros. arcade game if it was single-player and had the obligation to have an X-axis. You ascend a tower, floor by floor, eliminating baddies to proceed. The enemies are all impervious to Mario’s boots, so you need to first jam some koopas back in their shells, then fling them at their more resilient comrades. Some can only be knocked out by hurling the hapless lackeys into the foreground or background, making use of the 3D depth.

Mario Clash isn’t a bad game, but it suffers from a problem you’re going to see a lot on this list: it’s insubstantial. There are 99 levels, but they all play out essentially the same. When you clear them, you’re sent back to level 1, but the enemies are faster. I can’t imagine having the attention span to burn through the entire tower, let alone replaying it. While it’s fun for a while, it wears thin long before you get to the penthouse. 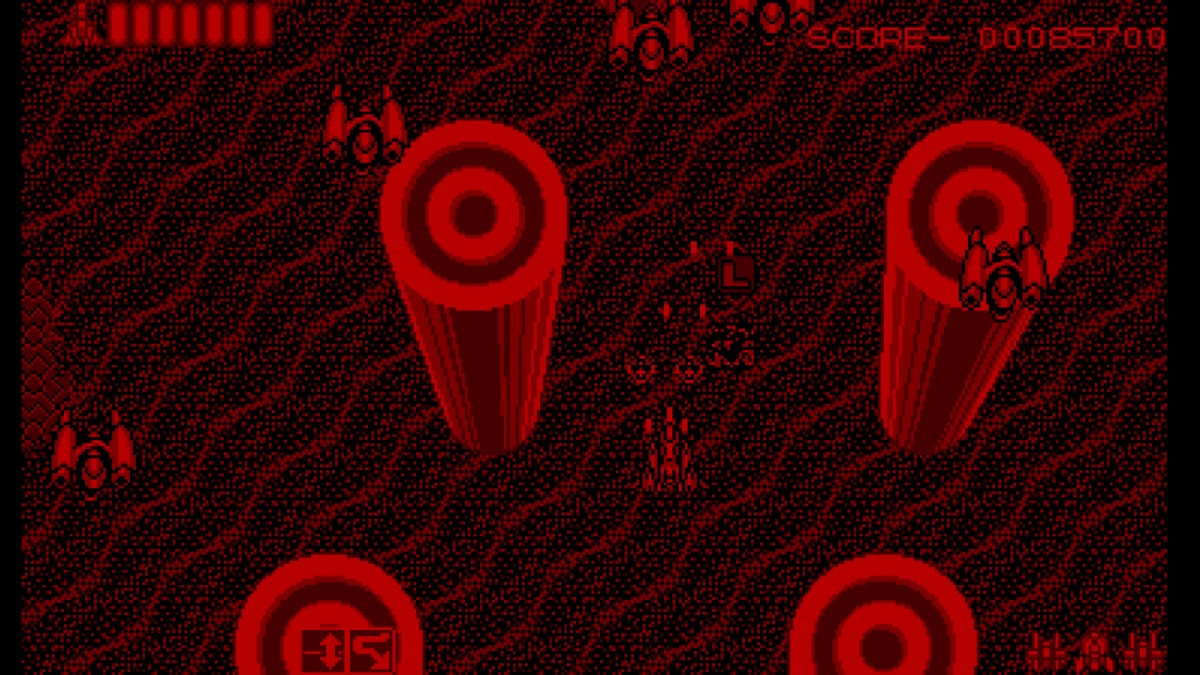 Another category of Virtual Boy is the “why is this even on the console” game. Vertical Forceis a fine example of that. It’s sort of like Star Soldier, another of Hudson’s shoot-’em-ups. And, that’s it. It’s like Star Soldier. The end.

Okay, what I mean by that is that it’s a vertical shoot-’em-up. It’s extremely basic, aside from the fact that you can move into the foreground and background. It’s not even a particularly exciting shoot-’em-up, nor is it a good showcase for the Virtual Boy. 1995 saw the release of Capcom’s 19XX: The War Against Destiny in the arcade, and you want to tell me that this is the best the Virtual Boy can do?

Just to top off the disappointment, like custard instead of whipped cream, Vertical Force is extremely short at five levels. 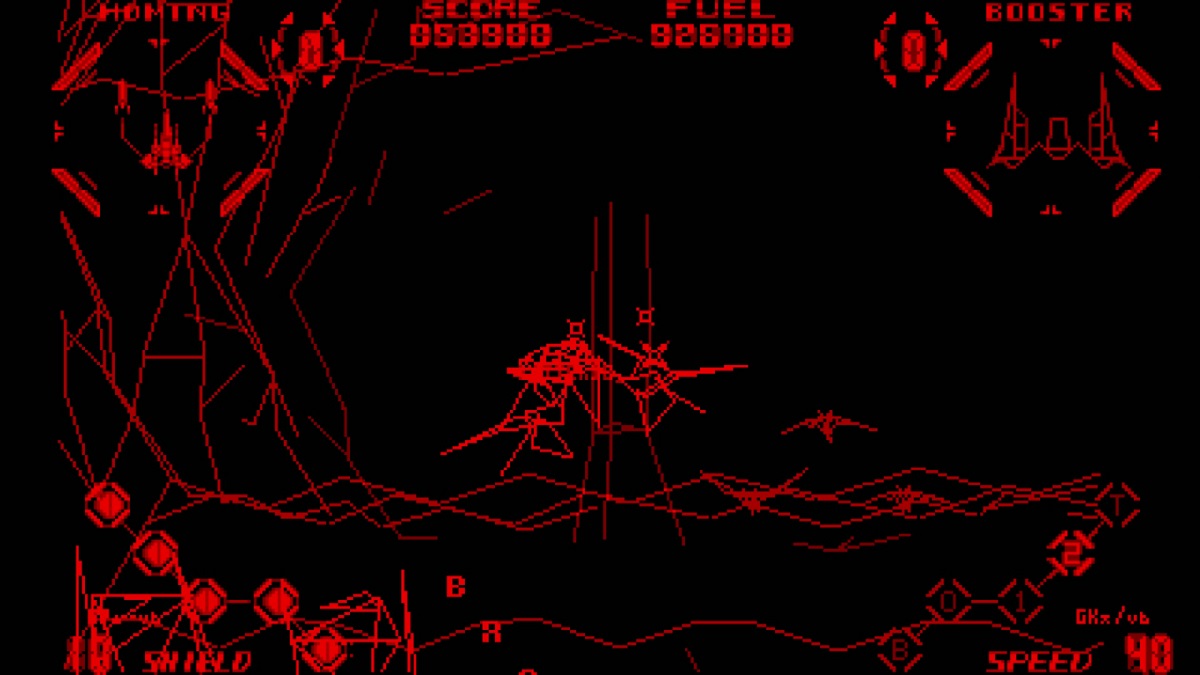 Speaking of “not bad, but insubstantial,” Red Alarm is one of the games on this list that actually feel like a complete concept. You fly your ship through wireframe corridors, shooting down enemy wireframes. The fact that objects aren’t filled in by solid textures can make it difficult to figure out what is a hole and what is a wall, but overall, it generally works fine. The problem is that there are 6 levels, and they all take about 5 minutes to complete. Math was never a strong subject for me, but I imagine if you put those numbers together, they don’t make a very big one. 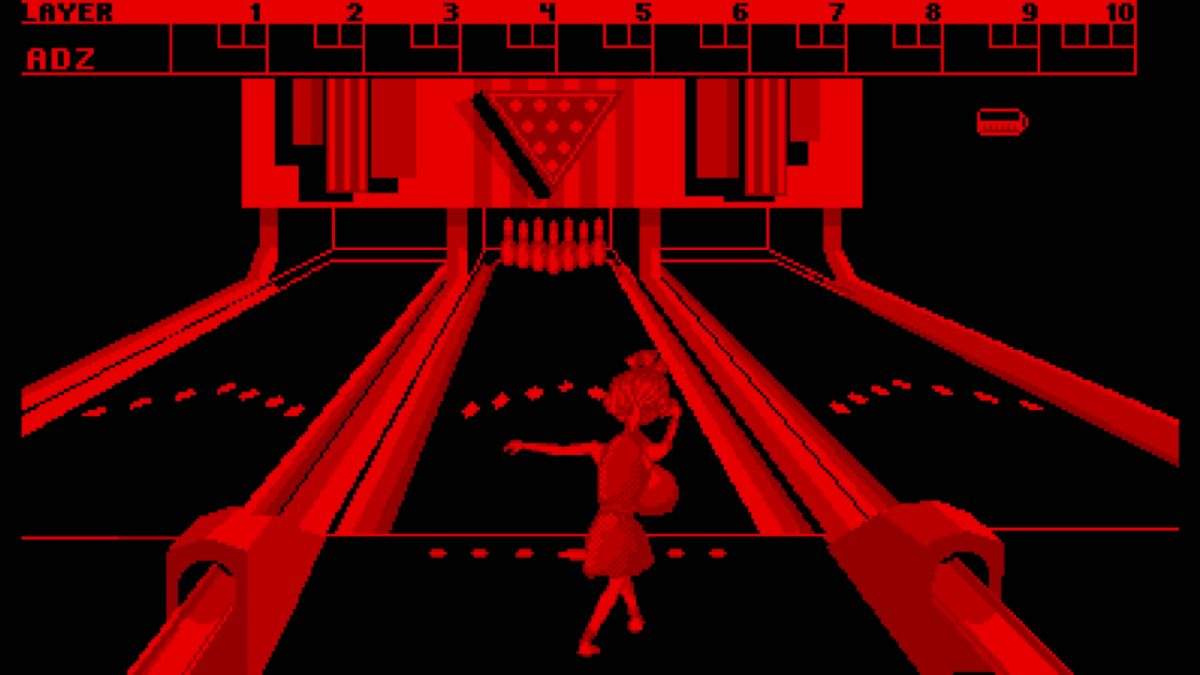 Bowling is a fun sport since you can usually do pretty well without being in shape. Athletes shouldn’t have all the fun. Nester’s Funky Bowling is a decent-ish representation of the sport, but there’s not much to it. While there’s a 2-player mode where you hand the crimson goggles back and forth, there’s no progression, career, or even a tournament mode to keep you hooked. The bowling pin physics are also rather underwhelming, and the bowling itself is pretty basic. It’s not the worst bowling game I’ve played, but far from the best. 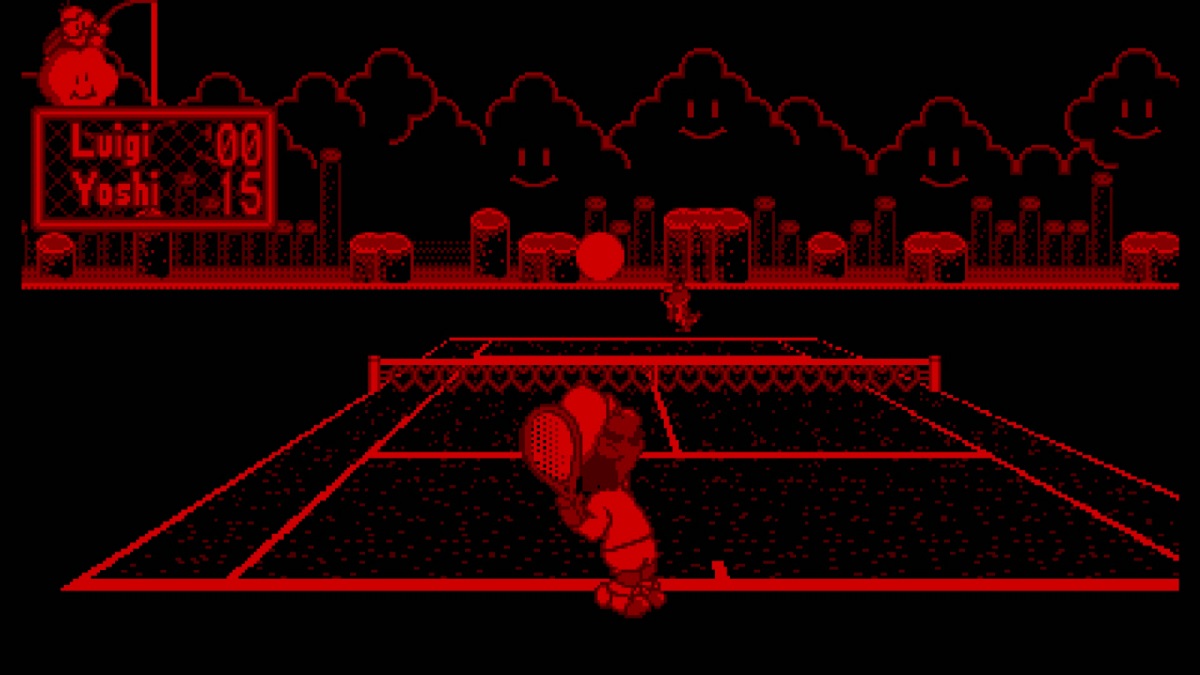 A Mario Kartgame would have been a good fit for the Virtual Boy, but we never made it that far. Instead, Mario’s Tennis would add a new sport to Mario’s proficiencies. Like Nester’s Funky Bowling, this isn’t a bad approach to the sport. Using a sprite-scaling Tennis court, Mario’s Tennis gives you a behind-the-back view of all the ball smacking, which makes good use of the Virtual Boy’s stereoscopic depth.

However, tournament mode is your only feeling of progression, and they’re incredibly basic. Once again, there is no career mode. There aren’t even various cups you can win across different terrains. It’s another game that just doesn’t have enough content to make it look like anything other than a tech demo. It does have the excuse that it was packed in with the console, which is something these other games can’t hide behind. 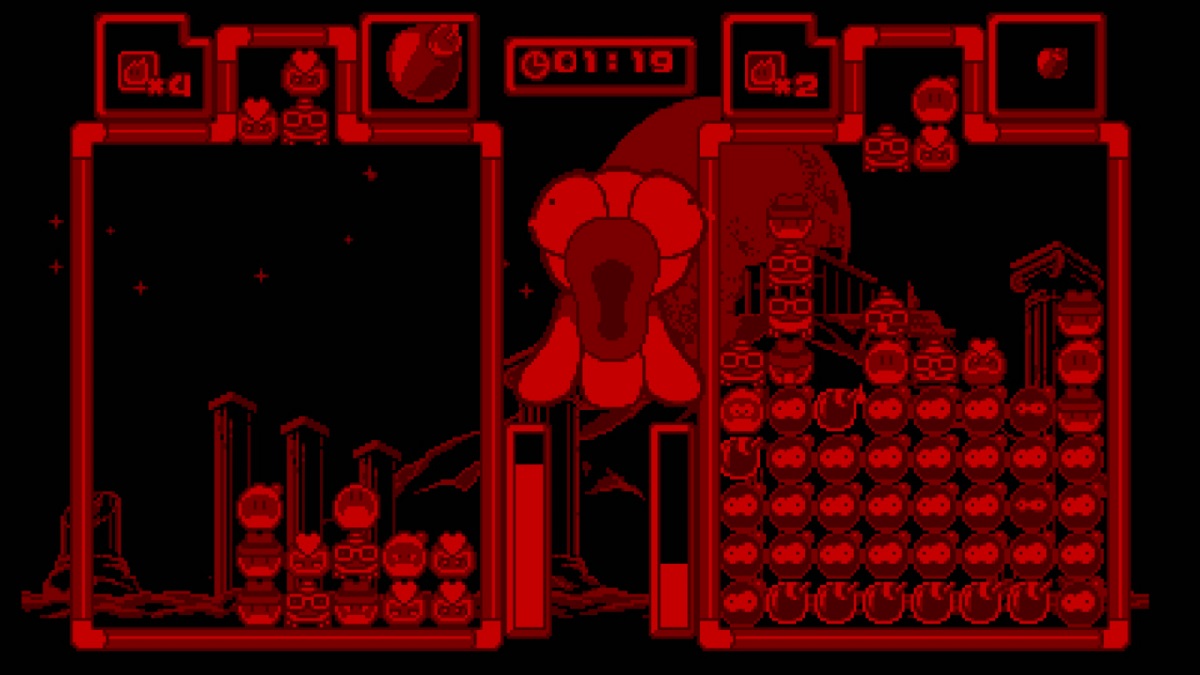 Originally released in arcades in 1994, this is technically the only time Panic Bomberwas released in the West. That’s unfortunate, but at least it isn’t the only way to play the game. Panic Bomber is a rather solid match-3 puzzle game with a Bomberman twist. That’s about it. I enjoy it for what it is, and Hudson did try to use the 3D effects to jazz up the graphics a bit. Still, it really doesn’t benefit from added depth. However, in terms of puzzle games, this one rules the roost on the Virtual Boy. 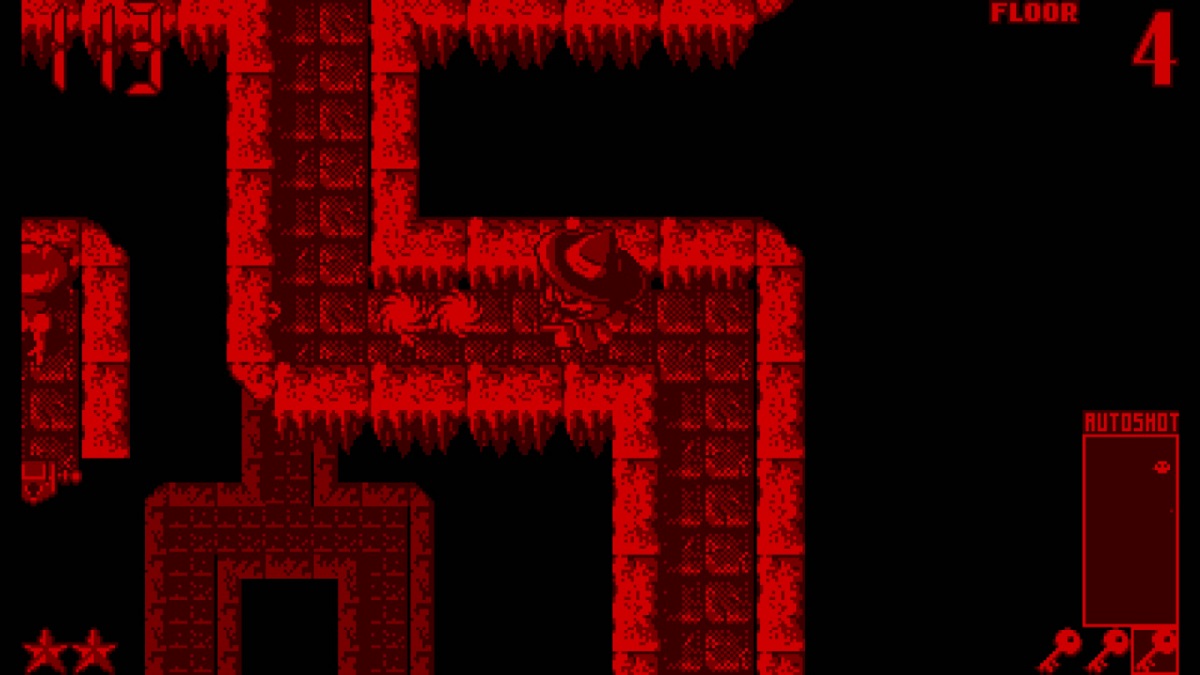 It’s said that Jack Bros. is the first game of the Megami Tenseiseries to be released outside of Japan. Before you get too excited, it’s a pretty unrelated spin-off. You can play as Jack Frost, Jack Lantern, or Jack Skelton, and their goal is to go through a series of mazes collecting keys. It’s nice to have a more adventurous game appear on the list, but Jack Bros.isn’t very compelling. The only use the depth has here is displaying the next level below the one you’re on. It’s better than nothing, but it’s not something you couldn’t find on Game Boy. 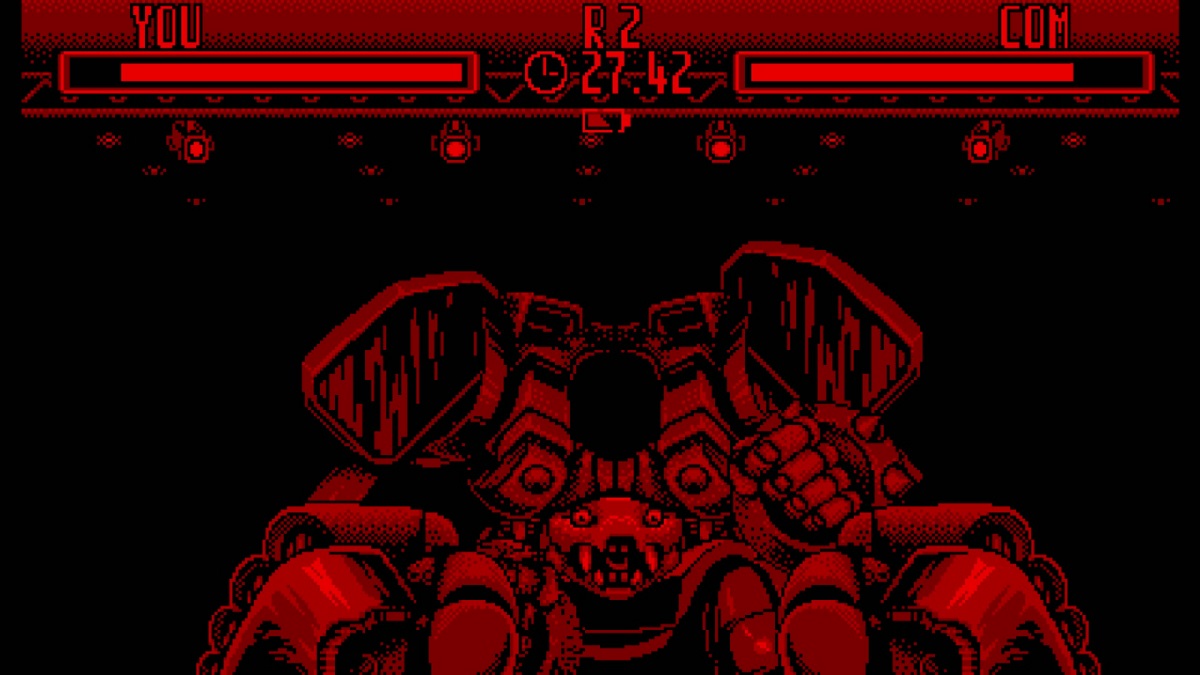 Now we get to the first game on the list that I’d actually recommend. Teleroboxer is, as the name implies, a boxing game. However, it stars giant robots. Of any game released, it’s the one that makes the best use of the hardware. The graphics keep the headset in mind, giving you a first-person perspective on the combat. Meanwhile, the movement makes use of the Virtual Boy’s unique controller, having you manipulate your fists with the symmetrical d-pads.

It’s actually a great little title, packed full of personality. Something of a mix of Punch-Out!!And Battle Clash. The only problem is that it’s very difficult. To date, I think I’ve only barely cleared the third fight. Maybe that’s for the best since there are only seven battles. On the other hand, there are only seven battles. Still, it’s worth checking out for the unique control scheme and fun personality. 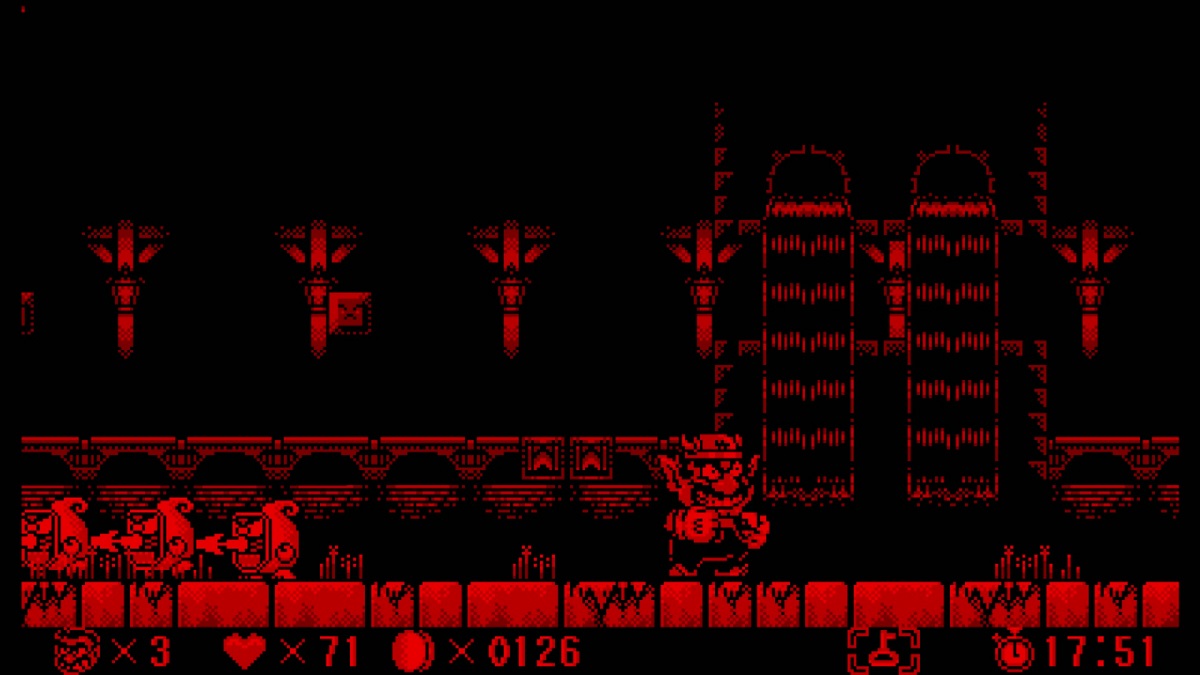 The fact that Nintendo has never re-released Virtual Boy Wario Land is criminal in the most uncool sense of the word. The Wario Land has never really stuck to one particular convention of gameplay since its start as the third Mario Landtitle on Game Boy. This is the nearest continuation of that introductory title. However, it’s more focused, expanded, and while it could be done without the 3D effects, it does make the effort of utilizing the Virtual Boy’s unique features.

It’s also as tight as a pair of leather pants and as solid as a Christmas cake. It’s perhaps not the most unique platformer on the plantation, but it’s polished to a mirror sheen. Plumbing the levels for treasures feels great, and Wario’s unique mannerisms shine through. It’s one that shouldn’t be missed, which makes its exclusivity to the Virtual Boy nothing short of frustrating.

However – and maybe you can predict this shortcoming – it’s very short. It still feels like the most feature-complete and well-rounded product in the Virtual Boy’s limited library, but at 2-3 hours, it’s the shortest in the Wario Landseries.