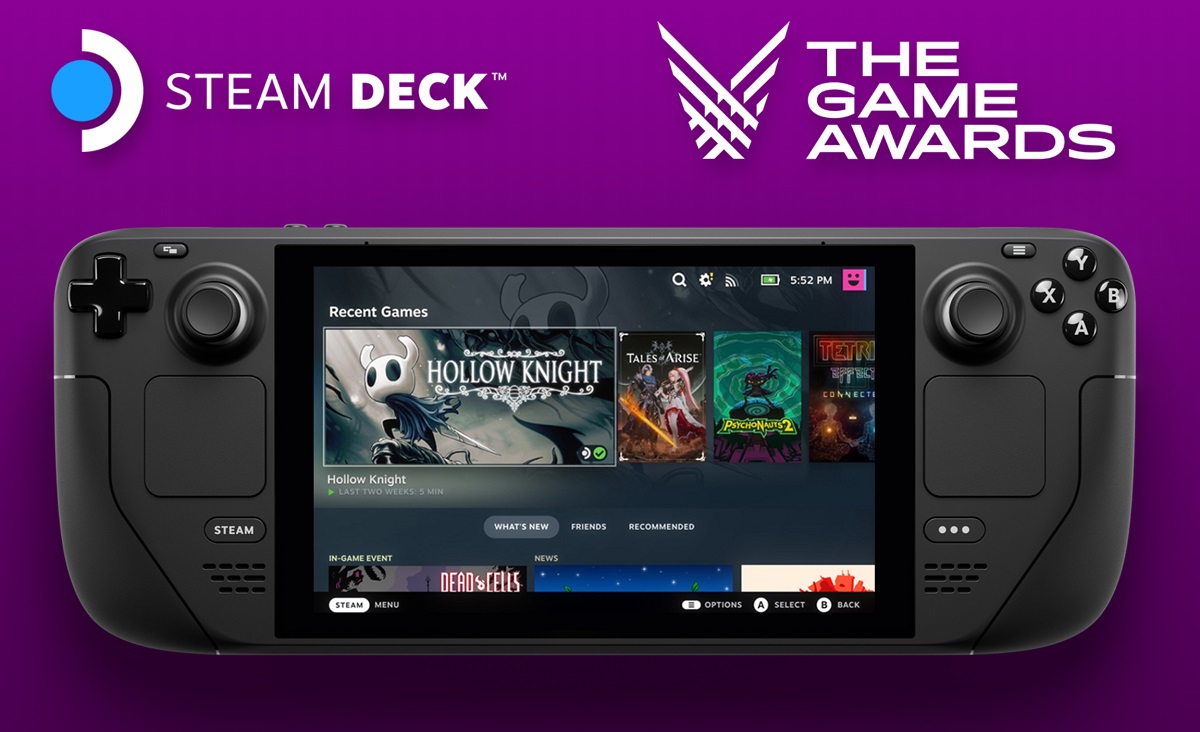 All hands on Deck

Valve has announced that, during next week's The Game Awards festivities, it is planning to give away one Steam Deck for every minute of the annual award ceremony. I am resisting the urge to make a "so that'll be 7000 Steam Decks" joke. Please bear with me during this difficult time.

The rules are simple, yet frightening. Anybody can sign up for the giveaway, providing that they live within the UK, Europe, Canada, or the United States. All entrants must have made a Steam purchase between November 14, 2021 and November 14, 2022 in order to officially confirm their home country. Additionally, your Steam account must be in good standing, and not be limited for bad behavior or any other penalizations.

Then on December 8, be sure to tune into The Game Awards via the Steam app. All qualifying participants, who are currently watching the ceremony via Steam will be placed into a lottery. Names will be drawn at random on a minute-to-minute basis, with each winner bagging themselves a 512GB Steam Deck. Full terms, conditions, and rules are available over on the official Steam website.

If you were planning on watching the show anyway, then this might be a fine way to potentially bag yourself a reward for doing so. We can assume that a helluva lot of people will enter the sweepstakes, and given that The Game Awards 2021 was watched by some six million viewers on Twitch and YouTube alone, there's gonna be more than a few names in the hat. Still, worth a shot, right? Besides, every participant will automatically bag themselves this super cutedigital sticker.

The post 100+ Steam Decks to be given away during The Game Awards 2022 appeared first on Destructoid.