Discord has quickly become the go-to text- and voice-chat application for gamers everywhere, and it’s the service’s excellent Bot integration that has made it so indispensable. Around the web, developers are creating excellent Bots for every game community out there to get the most out of their Discord servers, and Overwatch is no exception. Whether it’s pulling stats, delivering the latest news, or pushing event reminders, the Bots have it covered. Here are the 5 Overwatch Bots every Discord server needs. 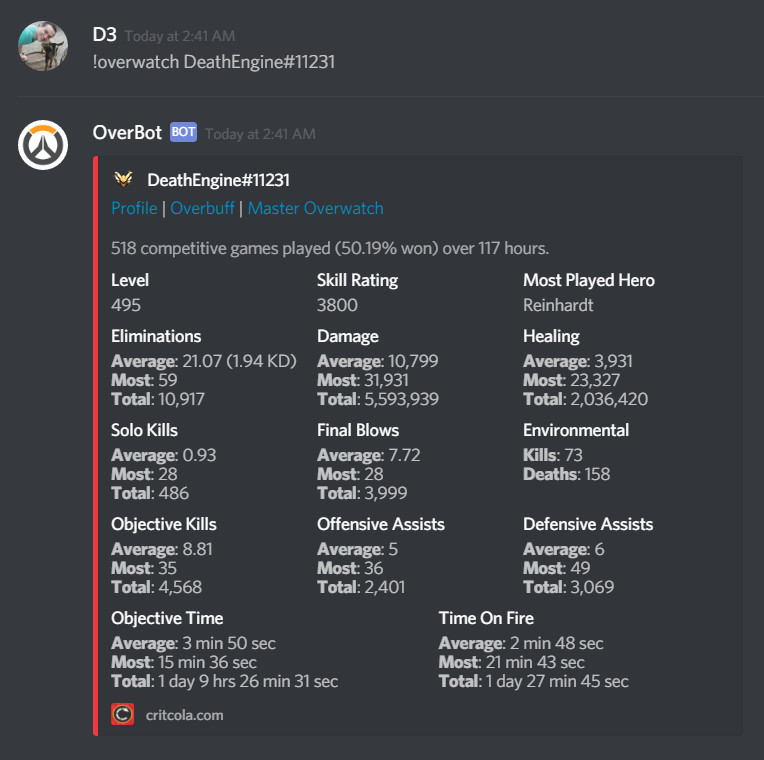 Originally designed for Crit Cola’s official Discord server by Daniel Marquard, OverBot is an exceptional tool for fetching and organizing Overwatch player stats. OverBot uses a simple set of commands that make fetching player data a breeze. It can even pull stats from PlayStation and Xbox users without requiring any time-consuming or complicated authentications.

There are a number of Overwatch Discord Bots out there that fetch player stats, but few do it as simply and as comprehensively as OverBot. You can learn more about OverBot and links to add it to your Discord server here.

To say that there’s a lot of features to this versatile Bot would be a gross understatement. With over 120 commandsâ€Š—â€Šincluding a series of dedicated Overwatch options, an in-chat game of Hangman or Blackjack, music playback, and moreâ€Š—â€ŠBonfire is one of the most advanced Discord Bots available. 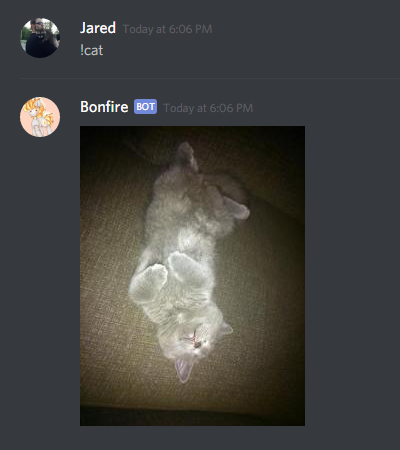 But if that wasn’t enough, users can just type this simple command for random cat pictures whenever they want… which is always. What more could you want?

See more of what Bonfire has to offer here. 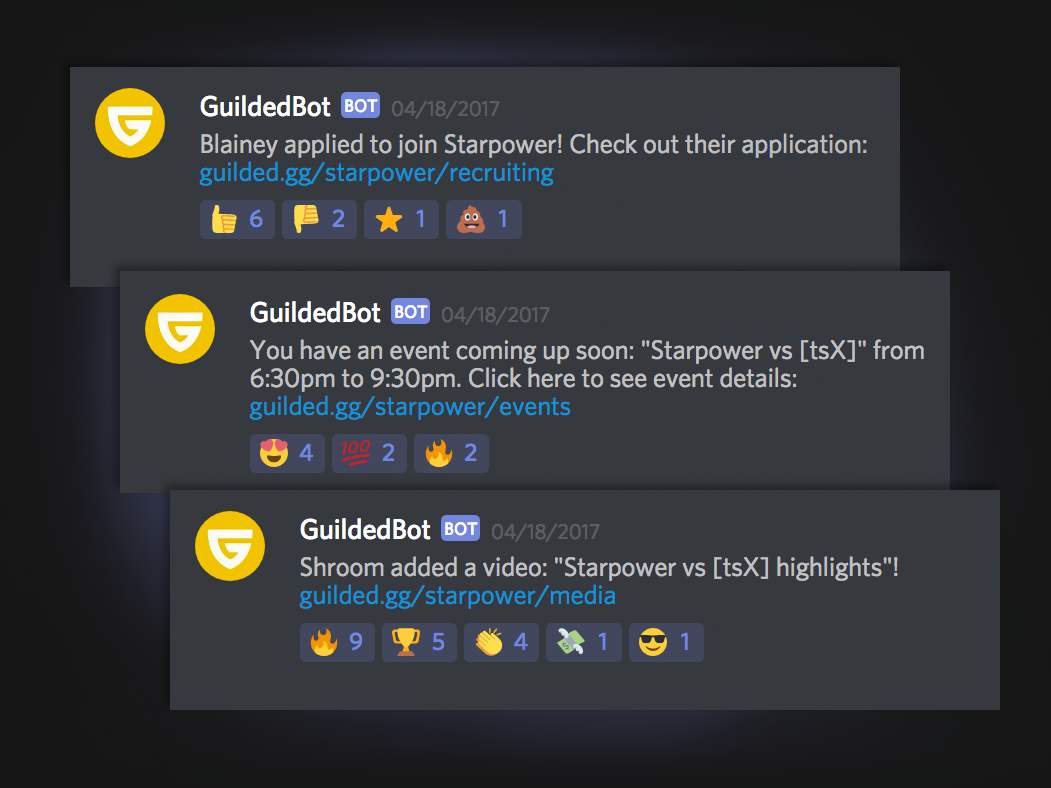 Guilded Bot is the only Discord Bot on this list that takes teams into account, and it’s the only one anybody will ever need. Guilded Bot synchronizes activity between Guilded communities and their Discord servers, providing a seamless experience for teams to communicate, schedule, and recruit from anywhere. Overwatch players can be notified on their channels when they receive new team member applications, or alerts for upcoming scheduled matches and competitions, without ever leaving their server. If Discord users don’t already have a Guilded team, Guilded Bot will even generate one for them.

You can find out more about the Guilded discord bots here or here.

The OverTells Bot, created by the team at OverTells.com, has a simple goal: deliver breaking Overwatch news hot out of the oven. Whether it’s scoops on new features, Competitive Event schedules, or the hottest goss behind the scenes, OverTells has it covered. It’s not a complicated Botâ€Š—â€Šit only has three commandsâ€Š—â€Šbut it doesn’t need to be. It sets out to keep players inform, and it does.

You can invite the OverTells Bot to your server from their page on Botlist.

Developed internally by the Discord team, it should come as no surprise that this Bot is among the finest produced. Its plethora of uses amongst the top Overwatch players are so evident and so well-known that they aren’t even worth mentioning here. But it is in the Airhorn Solutions’ transcendence beyond mere utility - socially and emotionally - that it has earned its place on the channels of over 450 thousand users (and counting!). For more information on Airhorn Solutions, and how you can be a part of the revolution, check it out here.

[Disclosure: I don't work for any of these people directly or indirectly, I'm not selling anything, just sharing what I know - thanks!]