An ode to My Little Pony: The Movie and its brand new trailer

In awesome, equestrian-based '80s toy news, My Little Pony: The Movie just released its first official trailer, and boy oh boy, did it deliver! I know I speak for the entire Flixist staff when I say this two-and-a-half minute marketing gem is just delightful and truly represents the brand we’ve all come to hold dear to our hearts.

For the uninitiated (and let me apologize now, because you are missing out!), My Little Pony: The Movie, is the feature film adaptation of the long-running television series sweetness My Little Pony: Friendship is Magic which first aired in October of 2010. The series already spans 169 episodes, but as any real Brony (again, for the uninitiated, Bro-Pony; my personal handle being Ja Brony) knows, you simply cannot have enough of a good thing. And if that’s true for good things, it must be true for great ones! Hasbro has made good on promises and is delivering what is quickly shaping up to be the sleeper hit of the year—it wouldn’t surprise me to see Ponies at all the big award shows next year.

All of our favorites are back! Twilight Sparkle (Tara Strong); Applejack and Rainbow Dash (Ashleigh Bell); Fluttershy and Pinkie Pie (Andrea Libman); and Rarity (Tabitha St. Germain) are all back and better than ever, digitally remastered for their dazzling debut on the big screen. IMHO, I would have been OK with Applejack sitting this one out. She’s just such a know-it-all and frankly, I don’t think that attitude has any home in Equestria (the magic land the Mane 6 live in!). It just doesn’t speak to the values embraced by the show: honesty, generosity, loyalty, and kindness. Not to mention friendship! Obviously! I told you the movie’s based off a show called Friendship is Magic. 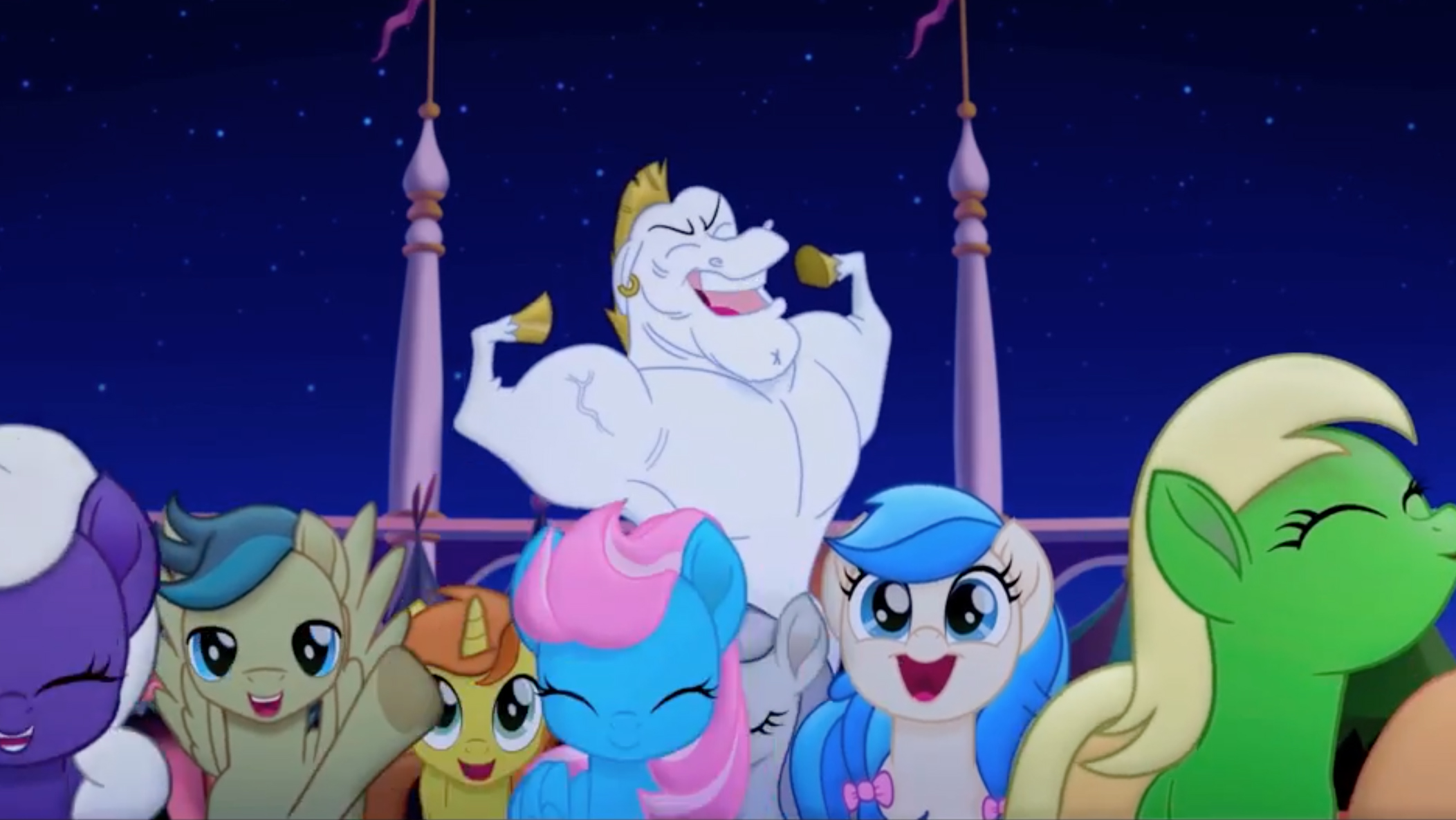 But on to the trailer … it has everything! Bears. Roided-out bro ponies. Balloon animals. Karate. Dramatic waterfall plunges. Underwater dubstep clubs. Sword fights—it has sword fights! Fist (hoof) bumps. Cake-splosions and cupcake fights, friends! And did I mention the soundtrack? Did they hire One Direction, or what? I’m so excited right now I can barely contain myself—which may be a problem, as I’m a 34-year-old man waiting in the middle of a Mavis Discount Tire watching My Little Pony videos on my laptop while giggling uncontrollably.

Take a look at this sparkling example of cinematic bliss and let us know what your thoughts in the comments below! I’d also be curious to know which of the Ponies is your favorite! And if not one of the Mane 6, don’t be shy! There are over 200 characters to choose from in the Ponyverse, after all.