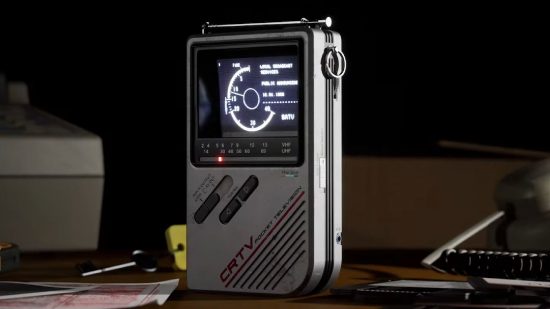 Get hype for some brand new Silent Hill content

It's been ten years since Silent Hill fans have gotten any new content, but thanks to Konami's stream today that's focused on showcasing the future of the series, we have a ton to look forward to now. One of the exciting upcoming titles previewed during the stream is a new spin-off title made by Annapurna and award-winning studio No Code called Silent Hill: Townfall.

The teaser trailer opens with a mysterious voice on some kind of tape recorder that also features a screen showing some creepy images, as is the way of horror games. Unfortunately the trailer doesn't give us much info as to what the gameplay or story might look like, but tonally, it seems like it'll fit right in with the rest of the Silent Hill series.

No Code creative director Jon McKellan then appeared to give fans a little more insight into what to expect from the game. He describes how playing the original Silent Hill game in 1999 made him a lifelong fan, and how that title has influenced the types of games his studio has created in their previous releases, Observation and Stories Untold.

"It's a real honor for us to bring a new title to this series that both respects the source material, but also does something a little different with it," McKellan said. "At No Code, we're all about weaving that [psychological horror] narrative and that experience into every aspect of our game design, our audio, our visuals, even our UI."

The studio doesn't have any more to share as of now, but it's exciting to just know that this game is happening at all. Given No Code's track record, especially with them working with Annapurna, I have some pretty high hopes that Silent Hill: Townfall will deliver both a terrifying and narratively fulfilling entry in the series.