There's been talk of a physical release for Cuphead and it looks like that's happening sooner than later. How does next week sound? There's going to be an Xbox One boxed copy, which is great -- this game deserves shelf space -- but, unfortunately, it packs in a redeemable code instead of a game disc. 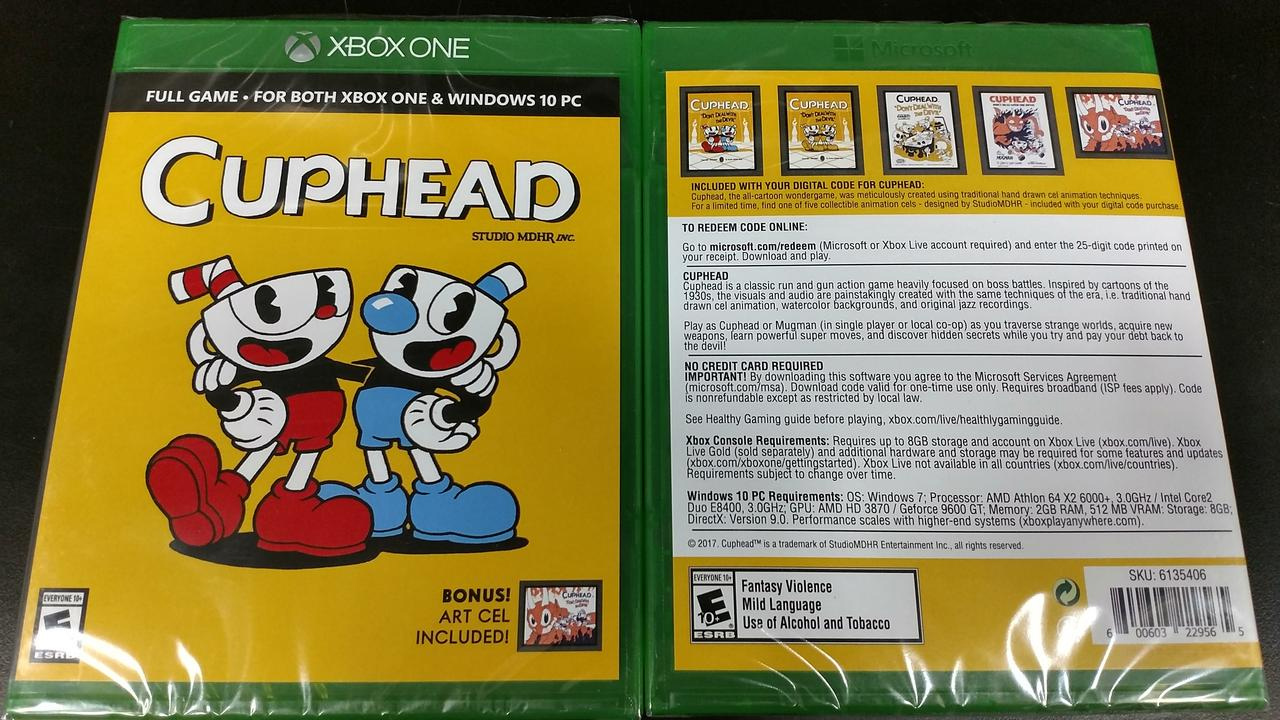 This photo comes courtesy of Cheap Ass Gamer user Tyrok, who also mentions a Tuesday, November 7 release right alongside the Xbox One X launch. If you look closely at the back of the box, you'll see five pieces of art up top -- each copy of Cuphead includes one of these collectible cels.

I'm mostly of the mind that a physical edition without a disc is better than nothing at all (you're also getting Cuphead for Windows 10 here through the Play Anywhere program), but I'd still like to see Studio MDHR come out with a full-on collector's edition for this game if at all possible.