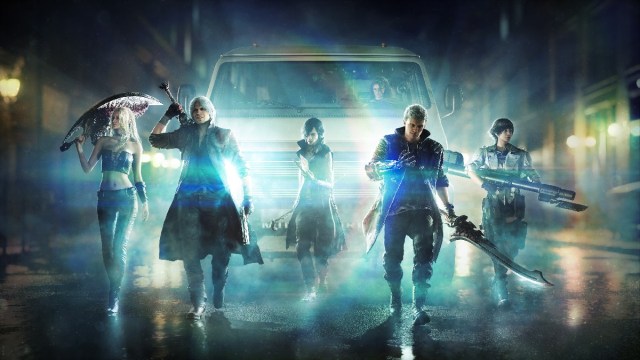 Capcom's ultra-stylish and superbly silly hack 'n' slash title Devil May Cry 5 has smashed past six million sales — The publisher proudly announced that the flashy sequel hit the impressive milestone this month, with the number tabulated from global sales on PlayStation, PC, and Xbox platforms.

Devil May Cry 5, which initially launched on PS4, PC, and Xbox One in 2019, was something of a grand comeback for the Gothic Disco series, pulling the franchise away from its closely-held and somewhat cult following and making a splash as a major, mainstream release. In much the same way that Monster Hunter World reminded video game fans at large what Monster World was, DmC5 reintroduced, (and in some cases, introduced), Dante and his sexy pals to a new audience of players on a global basis.

In fact, some would argue that DmC5 was one of the key titles that kicked off Capcom's latter-day renaissance, which has seen the legendary developer go from strength to strength with smash releases such as Monster Hunter World, Monster Hunter Rise, Resident Evil: Village,the Resident Evilremakes, Capcom Arcade Stadium, and the upcoming Street Fighter 6.In the fall of 2020, Capcom would release DmC5 for then-new platforms PS5 and Xbox Series X, in the form of Devil May Cry 5: Special Edition.

Devil May Cry 5 is available now on PlayStation, PC, and Xbox platforms.