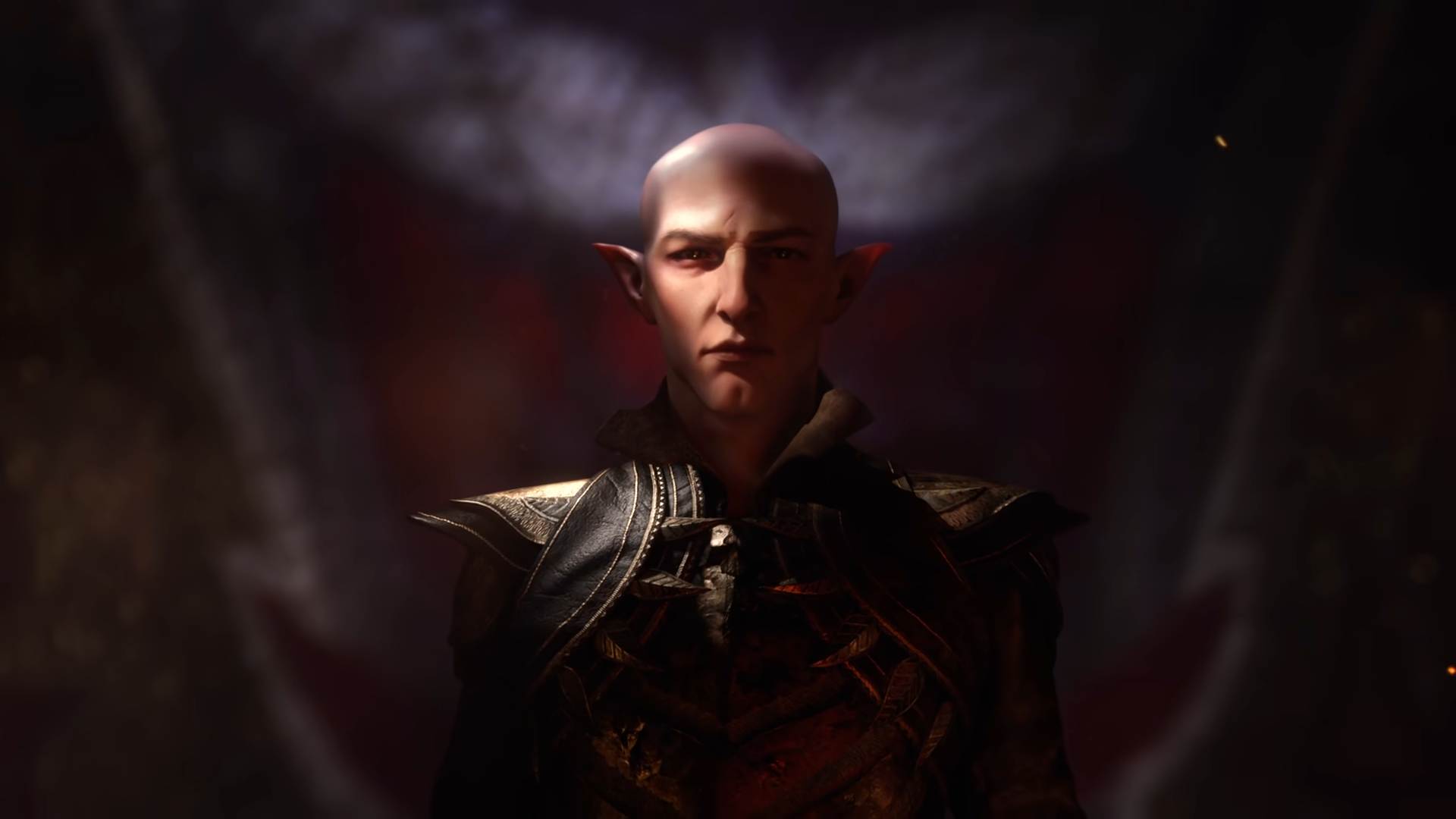 The team behind Dragon Age: Dreadwolf is giving fans a taste of the lore awaiting them in the new RPG. The writing team has shared a handful of codex entries from Dreadwolf, as part of a community update on the next Dragon Age.

In a BioWare blog post, the team behind Dreadwolf runs down the basics. As it says, stories and characters are at the core of BioWare games. Each person has their own motivations, and each entry has its own hero, molded by player decisions.

Creating a world that's interesting to role-play in, then, is pretty important. And that's what today's codex entries tease out. Dreadwolf will set out for the Tevinter Imperium, an old and powerful region ruled by a host of mages. 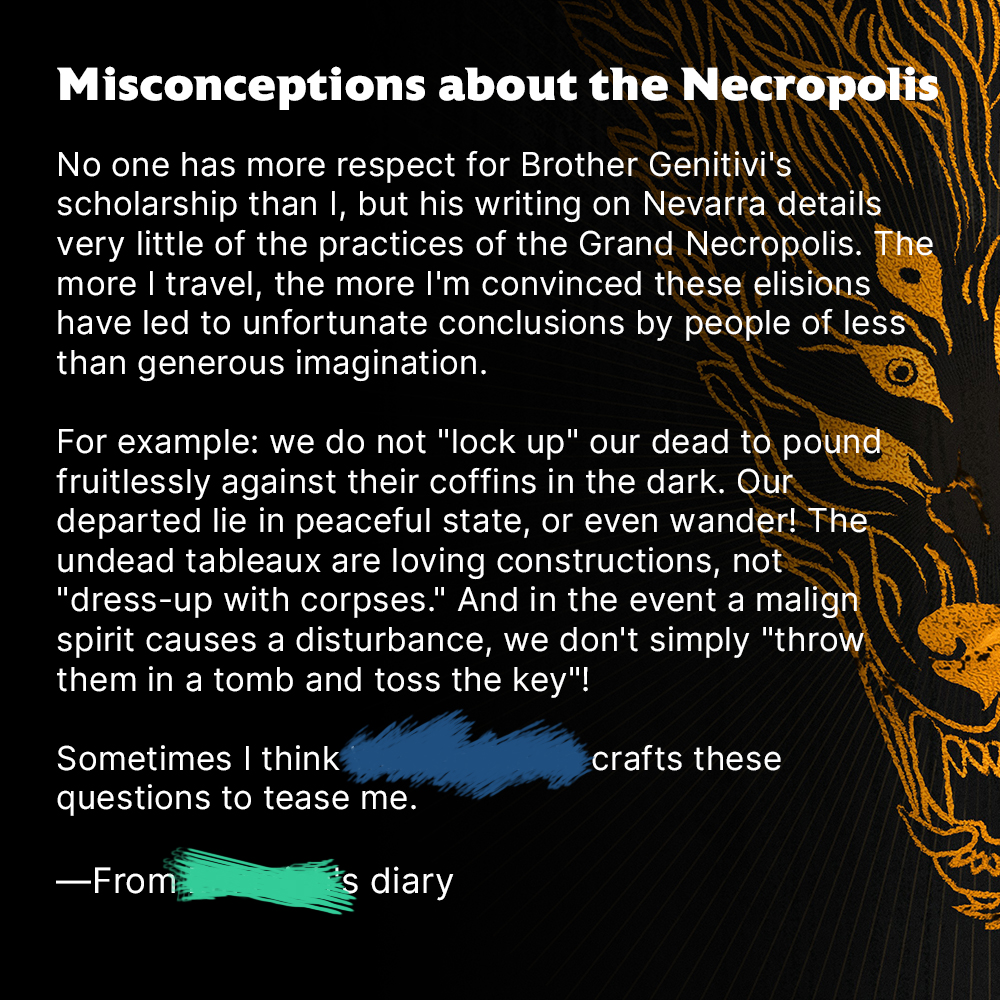 This codex entry discusses the Grand Necropolis, a massive mausoleum in Nevarra City that is mentioned in Dragon Age: Inquisition. Citing Brother Genitivi, a scholar you can meet in Origins, it talks about the differences in handling the dead and "misconceptions" from others. Other entries shown in the new blog discuss dragons and even has a quarterly issue to review.

It's a really interesting blog that goes on to chat with two members of the writing staff, discussing their work on Dreadwolf. For anyone who's wondered what writing work on a massive RPG like this looks like, it's some fascinating insight. In one section I really dug, narrative editor Ryan Cormier discusses how the team goes about deciding what should, and shouldn't, be a codex entry in Dreadwolf.

"Before any writing, the narrative team discusses which entries are required and which aren’t. It’s crucial to properly time codex unlocks with player progression. No one wants a dozen entries only ten minutes into the game, but interested players shouldn’t have to wait long to learn more about the people, places, and concepts introduced. Does a codex unlock when something’s first mentioned? When a related character appears? Is the entry only required if they actually interact with said thing?"

Senior writier Sylvia Feketekuty elaborates on this. The team chose to highlight the Necropolis entry because it was fun to write.

"I wanted the in-game author to be frustrated with Brother Genitivi’s portrayal of the Necropolis while also trying to deny the depth of his irritation with said world-famous scholar," said Feketekuty. "It’s a diary, yet we see the author still feels obligated to exercise a measure of decorum in his private writing. And the micro-revelation at the end is that it’s someone he knows in real life, not far-off Genitivi, who is needling the poor guy about Nevarra’s death rituals." 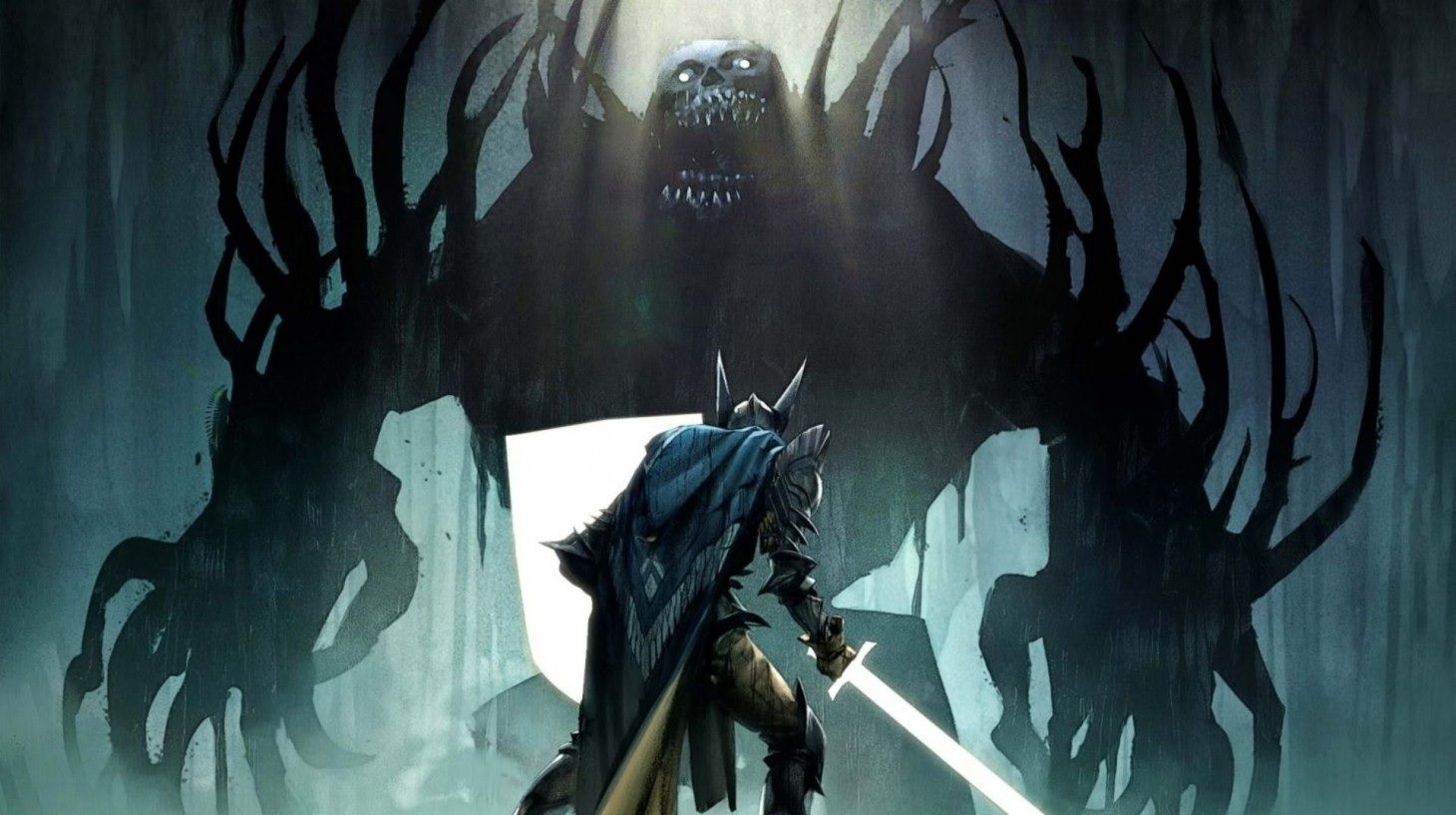 A new role to play

It's a nice bit of insight to see from developers. Many devs recently took to Twitter to share behind-the-scenes look at their work following the massive GTA leak. And the Dead Space and Skate teams, also under the EA banner, have been sharing early looks throughout their process.

Hopefully this is a slow-but-steady sea change in how we look at games. Seeing the gaming sausage be made can be eye-opening, and in cases like this Dreadwolf codex blog, give some really cool insight into how big worlds and games are built. I'd like to think it encourages someone out there right now, who wants to get into writing themselves.