Whilst others wrestling with puberty chose Cindy Crawford or Claudia Schiffer, Elvira was the first girl I had a poster of on my wall. The flirtatious horror-host has been a sharp, beloved and funny-as-hell scream queen for decades and is now set to make her first video game appearance since her '90s DOS adventures.

And the sardonic temptress will be making her return in, of all franchises, Call of Duty. 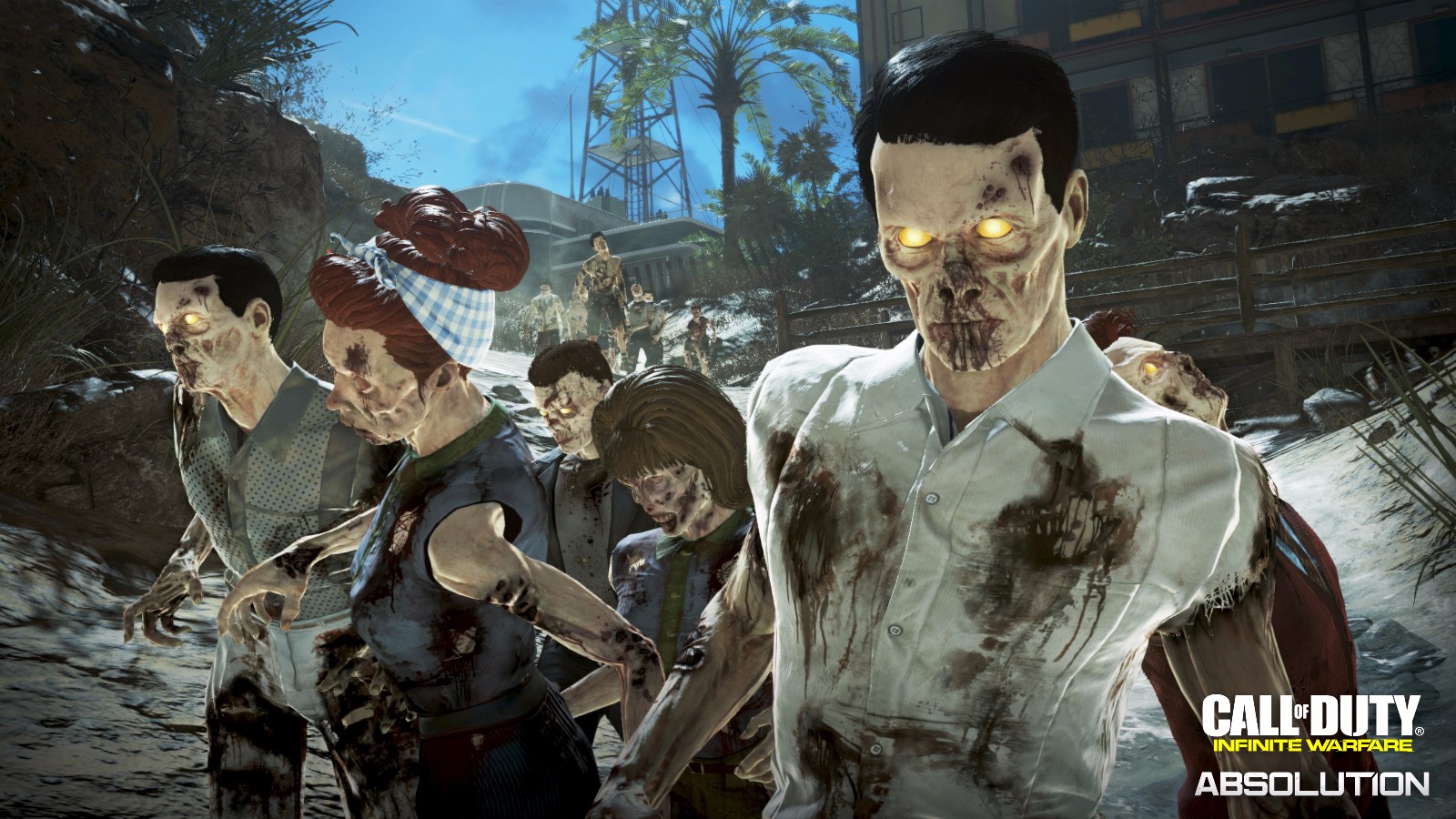 Next month sees the launch of Absolution, an expansion pack for Infinite Warfare. Alongside four new multiplayer maps, included for all your buddy-shooting enjoyment, Absolution features a new chapter for the popular 'Zombies' mode.

Attack of the Radioactive Thing will see four players fight off legions of the undead in a kitsch '50s horror environment, reminiscent of the 'creature features' of the day. Our girl Elvira (Cassandra Peterson) will be on hand to guide players to safety, offering tips, side-quests, and encouragement in her trademark risque manner.

Infinite Warfare: Absolution will drop on PS4 on July 6. PC and Xbox releases are expected at a later date.