If you were waiting for Fortnite's Battle Royale mode to let you group up with friends before jumping in, hey, me too. And good news: that'll be an option in time for tomorrow's free launch.

Along with the standard solo game type, you'll be able to play in duos and four-person squads. As a PUBGplayer, I'm rarely compelled to fight 1 vs. 100 -- it's either with my buds, or not at all. So, this is crucial. If you're hoping to pair up, one extra note: while full squads will be available from the get go, duos won't be active until "there are enough players to support matchmaking in both modes." 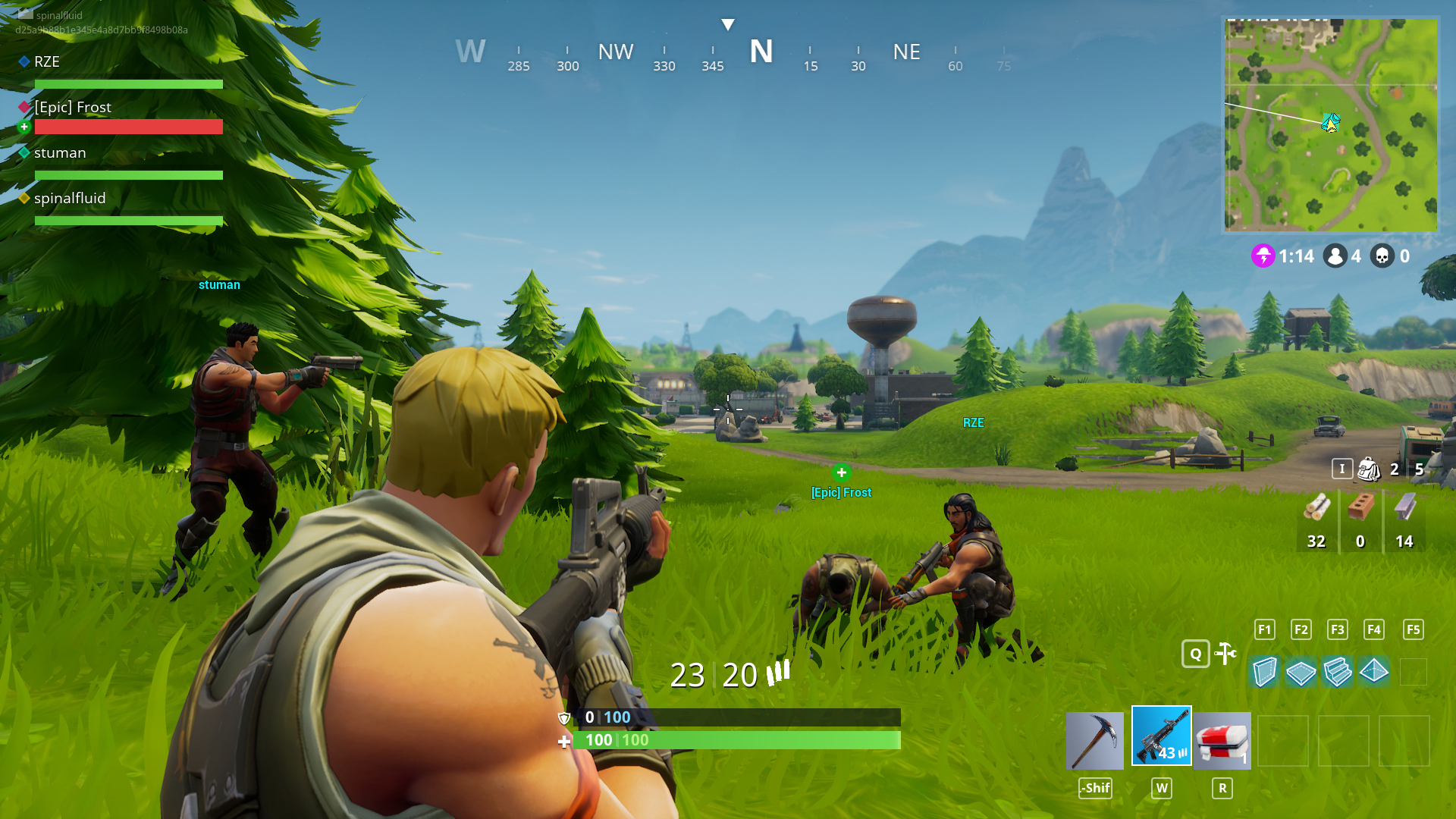 The studio is also adding Supply Drops, item-carrying crates that drift from above and can be shot down to speed up their descent. I'm curious what kinds of trap-laying strategies drops will open up. The rest of the update -- including new weapons like the Zapotron and Tactical SMG -- is detailed over here.

I think I know some dudes who'd be willing to squad up with me in Fortnite.