Get a free Golden Overwatch box on Twitch Prime

Starting today, Overwatch aficionados can claim a free golden loot box if they're signed up for Amazon Prime. As part of Twitch's Prime Loot program, anyone who's linked their Twitch and Amazon Prime accounts together can claim the loot box, which is guaranteed to contain at least one Legendary cosmetic item for Overwatch.

To claim the loot box, you'll need to click the crown icon on your homepage at Twitch.Tv and click "Get Code." You'll then need to head to Blizzard's code redemption page and log into your Blizzard account. If you're attempting to claim the code for PS4 or Xbox One, you may need to link your console version to Battle.net. The golden loot box is only available for a limited time, though I wasn't able to find a hard end date. 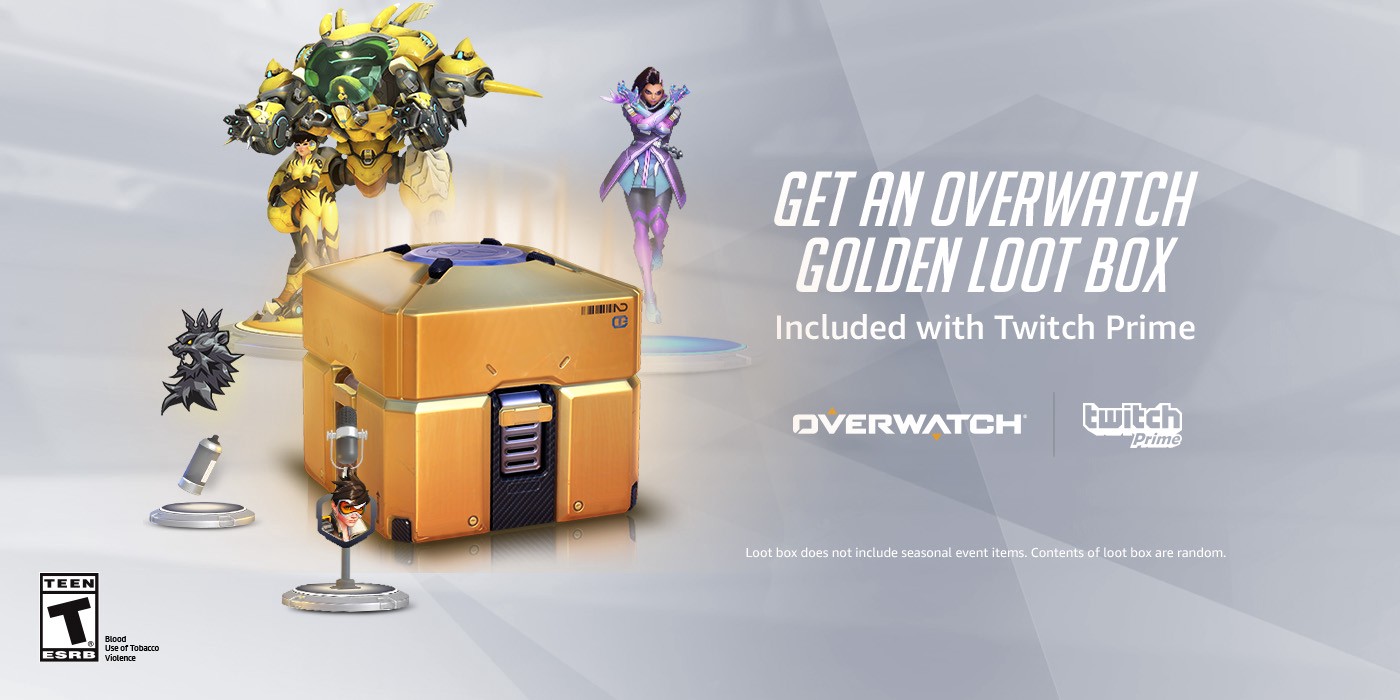 This isn't the first time a Blizzard game has been part of Twitch Prime's promotion, as the program launched with a HearthStone cosmetic item. Twitch's blog page promises that eligible members will also receive five free normal Overwatch loot boxes in both August and October, and additional promotions for HearthStone and Heroes of the Storm are in the works. Unfortunately, the gold loot box won't contain any seasonal items, but I noticed mine didn't have any duplicates for a change. Good luck!