IO has a new batch of content for Hitman this month

I am so down for a second season of Hitmanshould that come to fruition following Square Enix's decision to "withdraw from the business of [series developer] IO Interactive." In the more immediate and definitely-gonna-happen future, we aregetting some more Hitman content.

Starting tomorrow, there will be a pair of Escalation Contracts, one located in Sapienza (specifically the bonus mission "Landslide") and the other in Bangkok. The latter has "complications involving shotguns, laser tripwires, exterminators, enforcers, and kill streaks." Complications and the ability to weasel out of them in increasingly ridiculous ways are what make these games such a joy to play and replay. 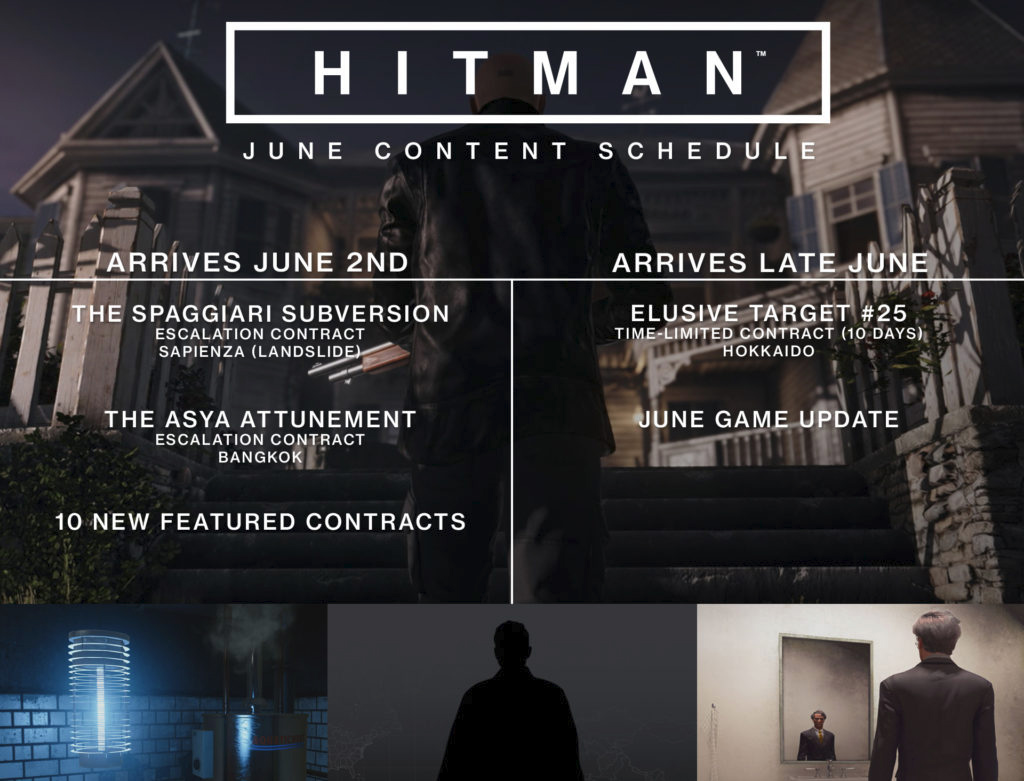