Making the cocktails in 2064: Read Only Memories

Upon playing VA-11 HALL-Alast year, I realised that I have very particular tastes: specifically, I love cyberpunk bartending and relationship simulators. It's barely an exaggeration to say it was the highlight of last year's gaming roster for me, with its nonsense ingredients, quirky patrons and existential pondering. So, when 2064: Read Only Memories came to the PS4 in Europe last month and to the Vita a few days ago, I finally got round to putting more puzzle pieces together in the joint universe of Neo-SF.

Such was my excitement that I decided it was time to break out the liquor cabinet (i.e. a bottle of Absolut that has been sat in our freezer for well over a year after a Halloween party) and try to recreate some of the beverages served in Neo-SF's hotspot, the Stardust. My goals? To do it on a pauper's budget, to make cocktails that even a moron such as myself could replicate, and not to barf. Of course, I got off to a good start on the third aim, given that I picked recipes containing 1) milk and 2) energy drinks.

So, were my attempts a success? Would Gus approve of my efforts, or did I make pure pig swill?

I'm pleased to report that all of my attempts were at least somewhat successful! So, instead of following my original plan of writing up a failed chemistry experiment, I'm going to give you the recipes for some delightful drinks to slurp down while chatting away with Turing. Enjoy! 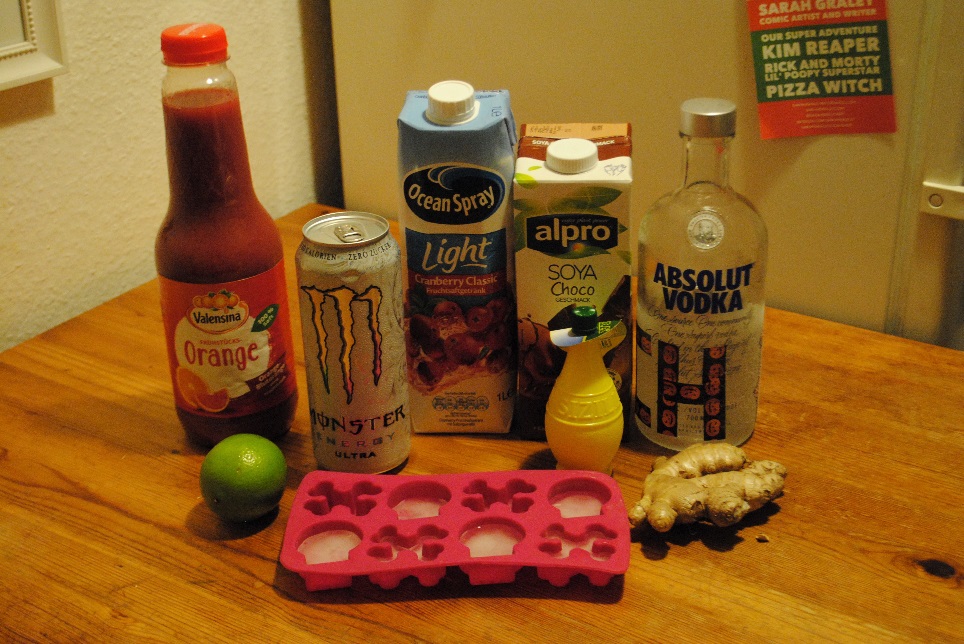