SNK has released the list of titles that will come built into its new piece of hardware, the Neo Geo Arcade Stick Pro. As previously noted, the stick can be used with a PC or a Neo Geo Mini via USB, or directly connected to a TV or monitor via HDMI.

The Arcade Stick Pro includes a two-metre USB lead, housed in a compartment in the body, a daisy-chain system to connect with Neo Geo Mini controllers, and a fully customisable 8-button design. Micro switch technology is used for the stick itself, which will also feature a "screw-on" style ball top. 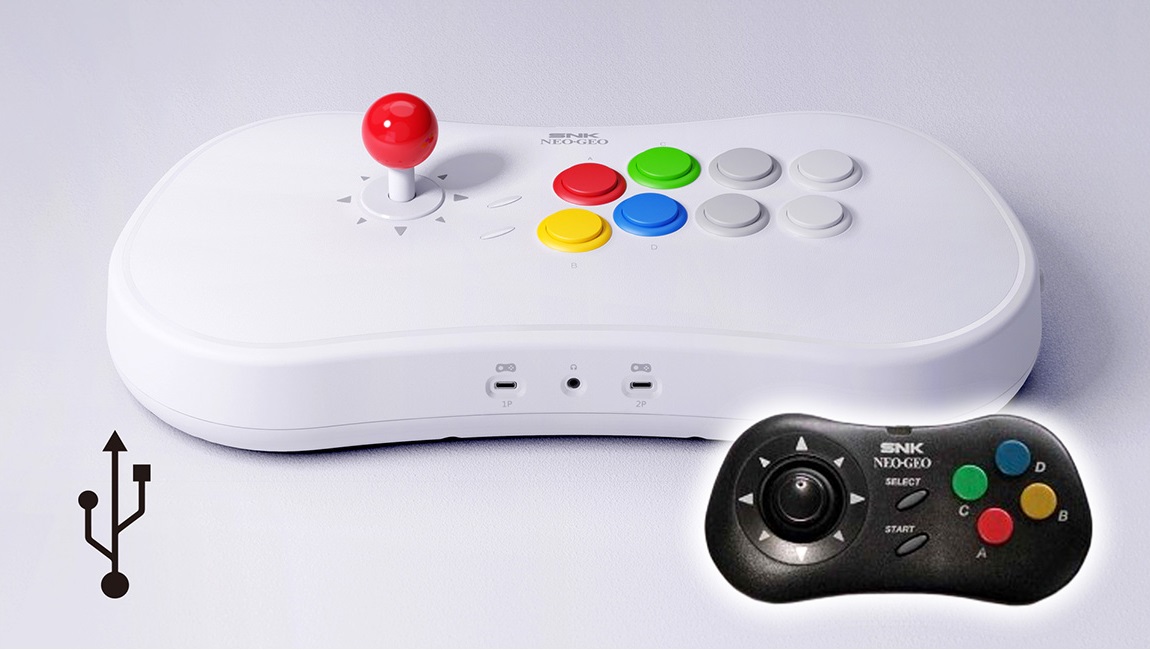 The games can be played on TV or monitor directly from the stick, although this mode will require connection to a power outlet. Several visual filters will be selectable via an in-game menu in order to add classic scanline or pixel-scaling effects. The 20 games pre-loaded games are as follows: