Leave it to Nintendo to drop a little teaser and get the internet out-of-control stoked.

Nintendo Labo will be available April 20, 2018 with the Toy-Con 01 Variety Kit and the Toy-Con 02 Robot Kit. I'm genuinely not sure what to make of all this yet, but Nintendo's name game is on point. 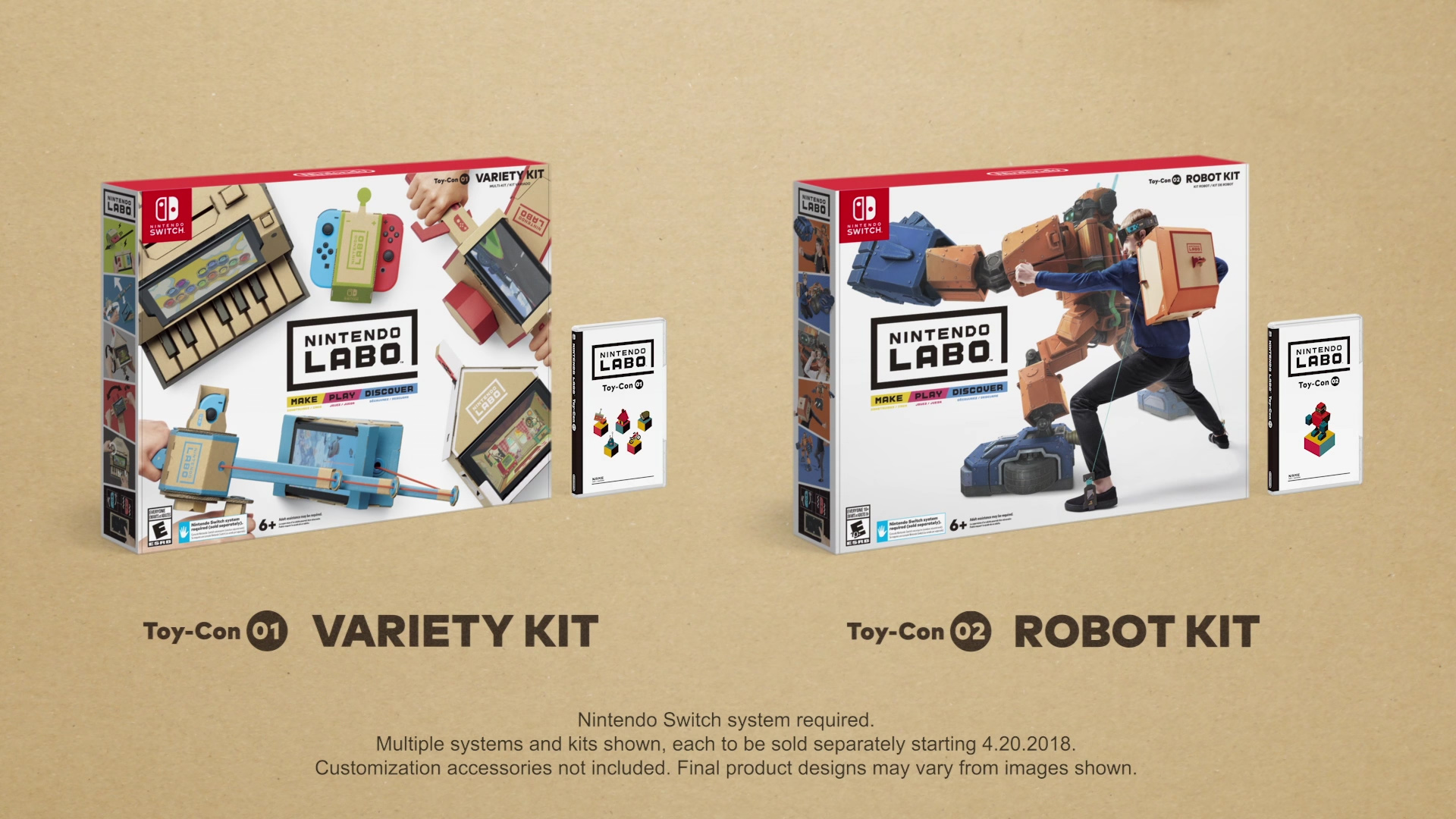 Breaking it down further, the Variety Kit will cost $70 and include five "projects": two RC cars, one fishing rod, one house, one motorbike, and one piano. The Robot Kit is a little steeper at $80 and comes with a full-on cardboard getup you can strap yourself into. Both kits include software, too.

There will also be a separate Customization Set with stencils, stickers, and colored tape for $10.

Speaking to TIME, Nintendo of America president Reggie Fils-Aimé said the Toy-Con concept could "certainly" be used for "other forms of gameplay" down the road. For now, though, the plan is to "communicate the power of the idea with Nintendo Labo [and] really enable players to make their creations, personalize them, and enjoy the [inherent] gameplay experiences ... We think that's going to be a great way to start and then progress down the path."

This initiative feels like Nintendo going back to its roots. I just hope that cardboard is sturdy!