Shadow of War pre-order deals: $21 off, bottle opener, or Ring of Power

We thought publishers had done away with retailer-exclusive pre-order bonuses, but it appears Middle-earth: Shadow of Mordor is one such exception. While all retailers and platform versions will include the same in-game digital pre-order bonuses, we've spotted THREE physical bonuses at different retailers if you pre-order before the Tuesday, October 10, 2017 release date.

Combined with the PC digital pre-order cash discount incentive (up to $22 off!), there are four deals to ponder through for fans of the series. (Particularly those that have moved past the loot crate system within the game.) 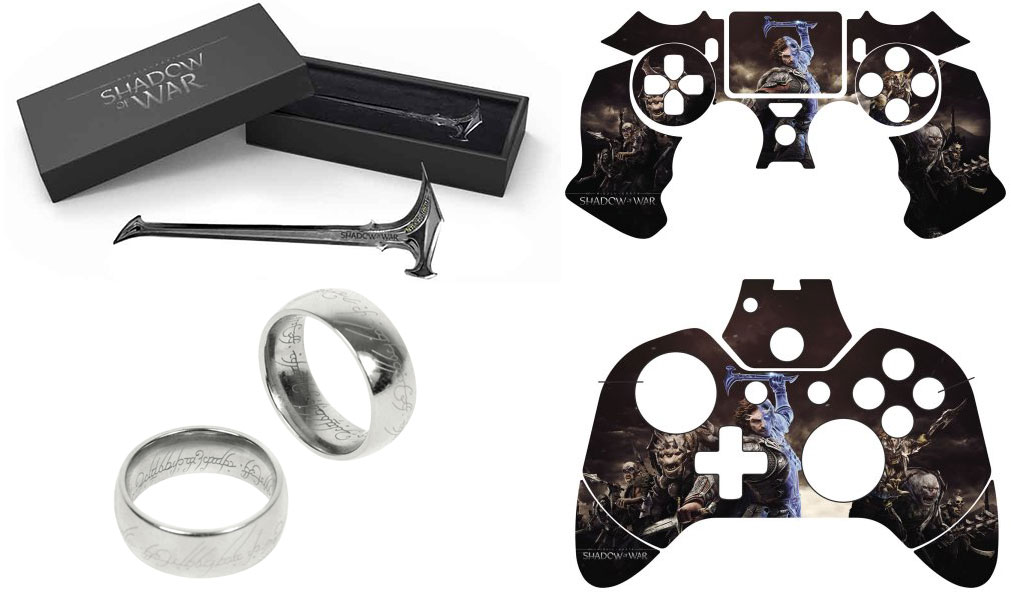 By all accounts, the GameStop pre-order bonus Bottle Opener looks pretty dope in our opinion. I mean we are as sober as a dry county but that seems like a neat trinket to receive if you're a big Lord of the Rings fan, nevermind the Middle-earth game series.

Conversely, the silver replica Ring of Power (doubtful that it's actual silver) from Best Buy isn't half-bad as well, especially since pre-ordering at Best Buy will also earn you $10 in rewards certificate good for more games at Best Buy.

Coming in the last place of most desired physical goodie in the Middle-earth: Shadow of War pre-order trinket roundup would be Walmart's exclusive "Kontrol Freek" skin. Themed with Shadow of War decal, you can affix these removable skin onto your controllers. Why? Who the hell knows.

Given most of us at Dealzon are PC gamers, we'll opt for the straight-up $21 cash discount. But if we had to make a pick, the bottle opener seems like a sweet pick-up, particularly as a last-resort weapon in a zombie apocalypse. Trade off is you'll have to trek to your local GameStop to ensure you receive the goodie. Hmm...