Ubisoft is doing some genuinely cool, surprising things with The Crew 2. As someone who dug the heck out of the flawed but rewarding free-form original, I couldn't be more pleased.

For instance: that world-bending Inceptionshit from the cinematic trailer? That's actually in the game! (In a limited capacity, as shown in the embedded video starting at 2:53.)

Not only can you drive cars, bikes, boats, and planes, but you can also freely swap between them at any point without pausing or losing your momentum. This sequel's potential as a sandbox built for goofing off with friends or strangers is ridiculous. In terms of story progression, there are headquarters for street racing, pro racing, off-road, and freestyle. You won't need to do them all.

At one point, I flew my plane over a highway, morphed into a car, and went for a sick landing. Things did not go well for me. But they could have! That's the beauty of a game like this. You can get dumb with it.

I went hands-on with the open-ended racer at E3 and it made a great first impression. It's still set in the United States (albeit a redesigned US), and you can still roam from coast to coast with other players, but everything's so much prettier, more fully realized, and faster. It felt like a do-over. 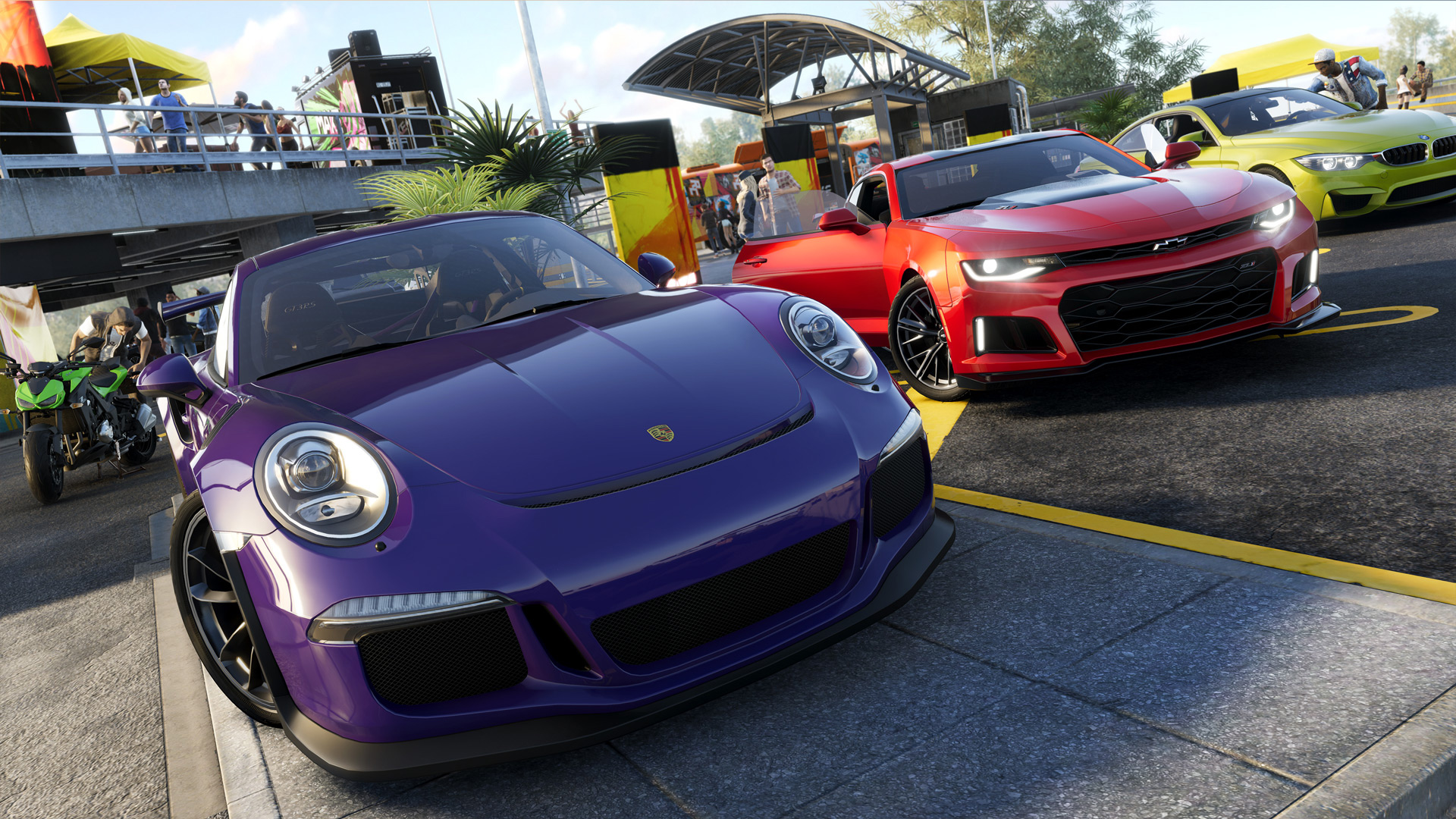 The zoomed-out map looked familiar at first, but closing in on New York City brought out new details with a 3D cityscape to browse through. Picking a spot and then teleporting to it took no time at all. It's a substantial step up. There's an across-the-board feeling that you're always on the move, with little to no downtime between exploring, events, setting up a crew, or swapping out vehicles.

My main takeaway from 15 minutes or so with The Crew 2is that this is the game fans originally wanted along with some extras they didn't know they needed sprinkled on top. There are still ways it can all go wrong -- nailing the vehicle handling across all the disciplines won't be easy, and the last game's loot system and story weren't too hot -- but man. Man. I'm looking forward to playing this in a real-world setting, because even Ubisoft's "guided tour" style hands-on demo was great fun.

There are a lot of other racing games due out between now and early 2018, but I kinda just want to hold out for The Crew 2. I can't see myself having anything other than a good time with it.