To hunt a God: The hidden appeal and payoff of Monster Hunter

There has been a lot of Monster Hunter talk lately and I thought I would reach out to the people who may be interested, but see it all as a bit impenetrable. To be fair, it can be a lot to take in all at once. So before we get into it proper let me start by getting you HYPED UP AS FUCK.

I'm not going to run you through a dry and rote explanation of the games mechanics. That's not what this is about. After plowing over five hundred hours into this franchise I would probably just bury you under far too much information. Feel free to message me personally for that. I am here to stoke within you the fire that will burn ever brighter as you find yourself coming against monsters that, quite frankly, will outclass you. That will to get up again, dust yourself off and get back out there makes up the core of the Monster Hunter experience; You will come up against seemingly unbeatable odds and will triumph over and over again simply because you needed to. I have been told that this game has a difficulty barrier, but do not stress! It is not as Crash Bandicoot-esque as it first appears. 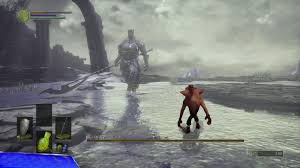