What did you think of the ARMS Global Testpunch?

Nintendo certainly knows how to market a game. While it could have gone the easy route and just provided a simple demo for both Splatoon 2 and ARMS, it decided on stress testing its servers with limited time slots to get as much traffic as possible on either game at one time. That way, they can really nail down the online for when these games eventually launch. In addition to working as a sort of server beta, these demos have also given many people their first shot at upcoming Switch titles. I fall into that category with ARMS.

While I originally didn't care much for the idea of the game, that last Nintendo Direct kind of had me on board. ARMS definitely had that special Nintendo polish and it looked like a great expansion of the motion control ideas that the company started in the Wii era. I was pretty eager to jump on the Global Testpunch and see how it held up. Sadly, I didn't see much that gave me confidence in the long-term prospects of this game from the demo.

For starters, I don't care what anyone says, but the motion controls in ARMS are not better than regular controls. They certainly aren't horrible and they definitely make you feel like you're in the action, but they do not work as accurately or as fast as concrete button presses. Even just moving your character is slower with motion controls, since for some odd reason you need to tilt both Joy-Con to move. When you play with a more traditional layout (on the Joy-Con, with a single Joy-Con or with the Pro Controller), you can just press the joystick and move instantly; there is no lag time between tilting or the discrepancy of not tilting both controllers. 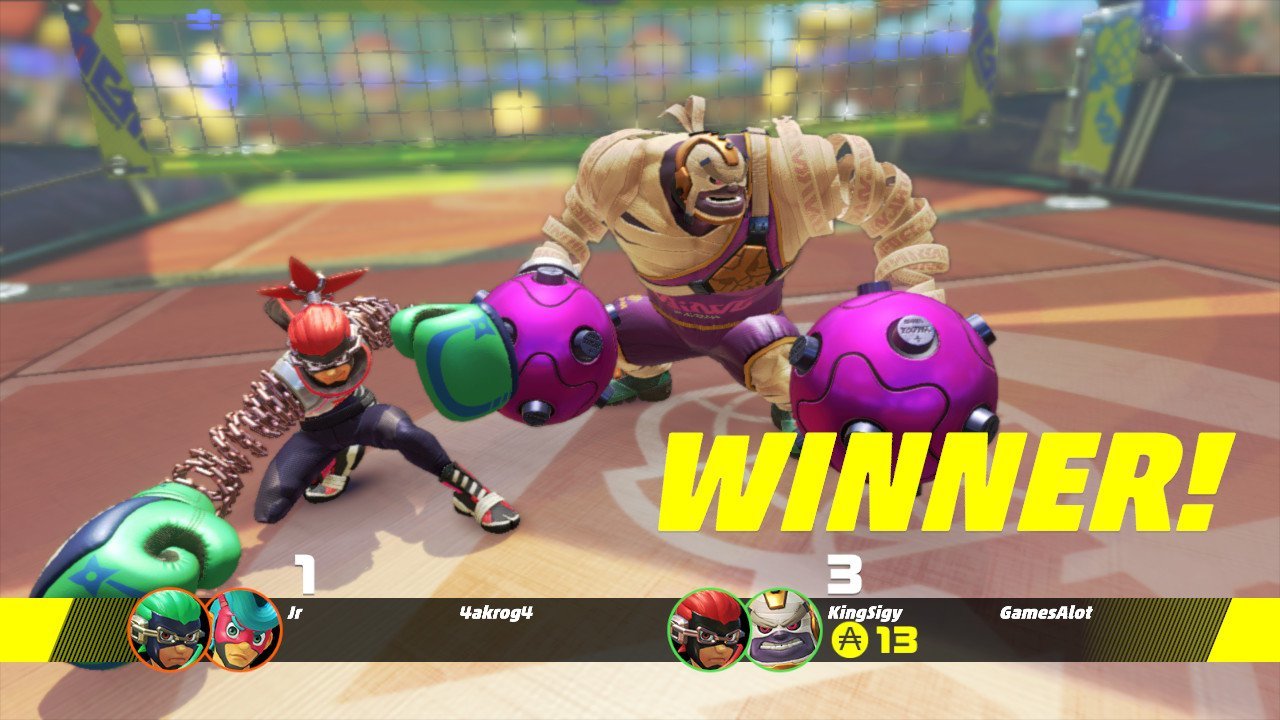 Then there is the seeming lack of depth to the combat. Maybe this came down to the competition pool of the demo, but I didn't see a whole lot to the gameplay that made me really think about what I was doing. You just flail your punches with a barely noticeable curve and dodge attacks like a slower-paced Dark Souls. The game works with traditional fighting game logic of grabs being able to thwart blocks, but almost everyone didn't seem to understand that. It didn't progress as the weekend went on, either. You can basically grab your way to victory in nearly every match.

I also had a seven-game win streak when I first tried the demo. I'm not trying to brag, but I shouldn't be stomping out all competition on my first time trying a game. I'm sure that, with some time, strategies might develop and I eventually will get left behind, but I can only theorize about that from the small bit that I've played. I don't see many people sticking around with how simplistic it is.

Maybe if the demo mixed things up more often, but I barely played the other modes that are available. I got to try out volleyball a bit, but that is so shallow and quick that it doesn't maintain my interest for long. The game also utilizes a constant lock-on, so you are always facing something (be it an opponent or the volleyball, itself), which then becomes a hassle in three- or four-player battles where you're trying to switch targets and aren't exactly sure who you'll end up on.

While I like Splatoon well enough, I found the single-player to be a lot more inventive than the multiplayer. There were more subtle ways that Splatoon subverted traditional shooter logic (like changing the colors away from Red, which has an inherent advantage, and Blue, a subconscious disadvantage), but that game really shined when it was just you against the devious puzzles that Nintendo came up with. It felt like an evolution of Mario Galaxy, even if it was a more traditional game.

That being said, I can definitely notice the difference in character feel within ARMS. I only managed to do well with Ninjara while some of the other editors had more success with different characters. No one seems outright broken or wasteful, save for Helix (who just sucks). I don't know if I care for any of their personalities (ARMS is no Overwatch), but players are sure to find someone that they can gravitate towards. 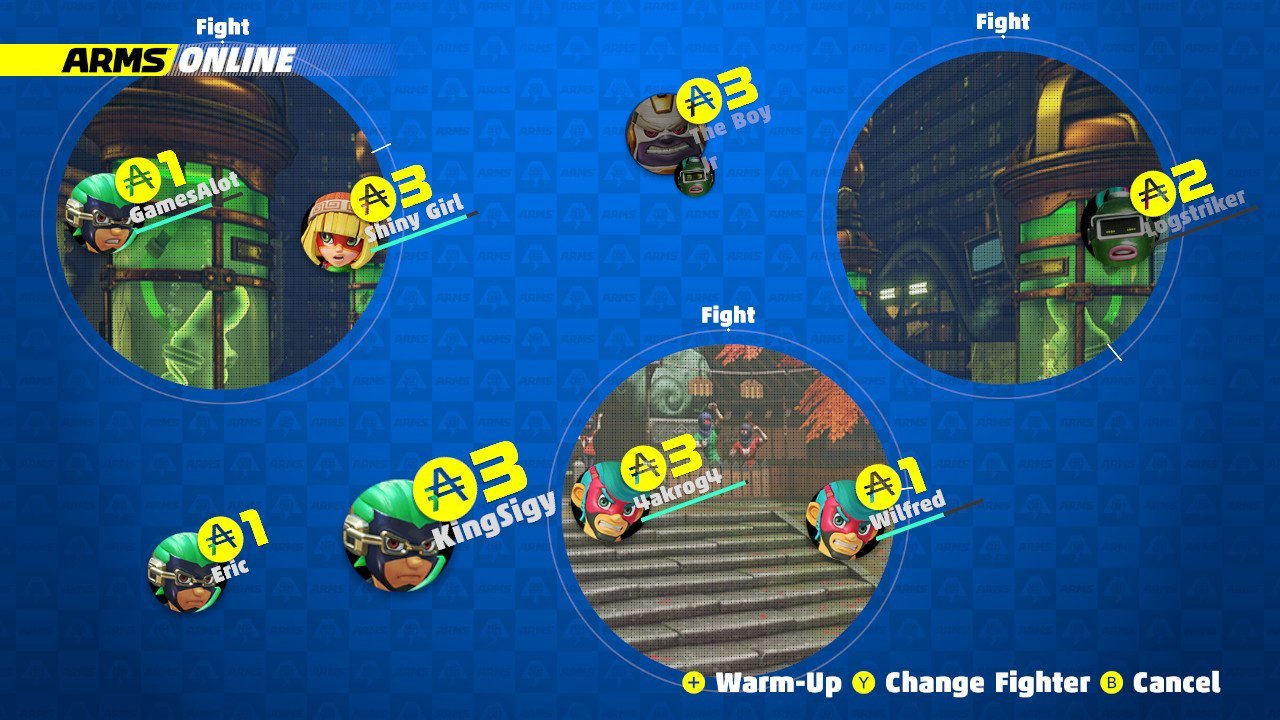 Even so, Nintendo is eventually going to start charging for its online service and I didn't have enough fun with this demo to want to eventually pay to keep playing. ARMS feels like a party game that might be great with a bunch of friends in a local setting, something I don't have ready access to. At least DLC will be free, so maybe the community around the game won't dwindle quickly.

Anyway, those are my long-winded and slightly cynical impressions from the Testpunch. I'm pretty much out of the ARMS game, but I'm curious what the Dtoid community thinks. How did you guys find the demo? Were you overwhelmed with how smooth the game runs? Did you find the online stable enough? Does anyone hate the game?

At least this time, everyone will have a second shot to try out ARMS next weekend. Maybe Nintendo will unlock some extra stuff in the demo that can change my mind on the final product. Even if it doesn't, I get the feeling that ARMS is going to be a real divisive game come its June 16 launch.