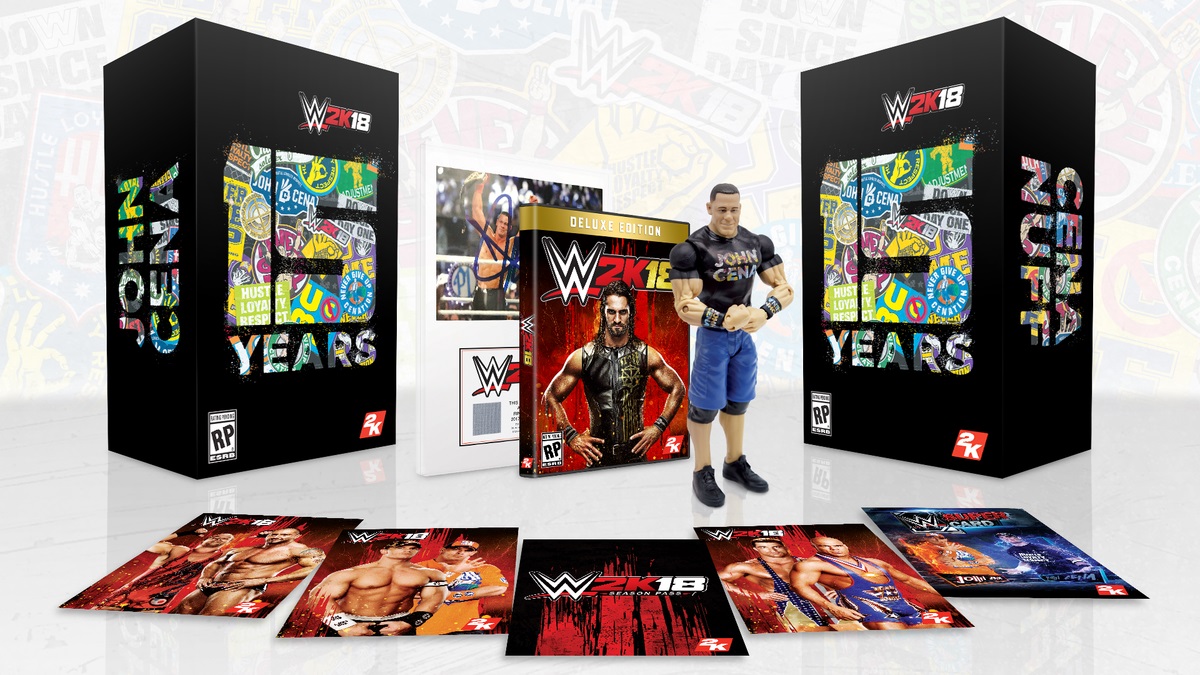 Are you one of those folks who still hates John Cena with every fiber of your being, even though it's been 15 years? If so, you might not want to pre-order this collectors edition for the upcoming WWE2K18.

The "Cena (Nuff)" set, limited to 30,000 copies, includes the deluxe edition of the game, along with the season pass, a hilariously gurning action figure (with reversible shirt!) rare cards for WWE mobile game SuperCard, and a piece of the canvas from the 2017 Royal Rumble, framed alongside a signed photo of the rapper/street-fighter/soldier/movie-star/slave/champion.

It's genuinely a neato boxset for a Cena fan, and it had better be at $150/£130. I'm not surprised to hear it's been fifteen years for the cheesy muscle box. I'm hoping he calls it a day soon whilst his body is still relatively in one piece.

WWE2K18 launches on PS4 and Xbox One October 17. PC and Nintendo Switch versions to follow.