You'll soon be able to 'appear offline' in Battle.net

At long last, Blizzard is almost ready to roll out an option for users to appear offline in the Battle.net desktop app. The coveted feature is currently in testing (you can switch to the beta build by opening the app settings and clicking the beta tab) along with a new social tab, groups, profiles, and avatars.

If you're fine to just wait for the full release, here's what the app will look like: 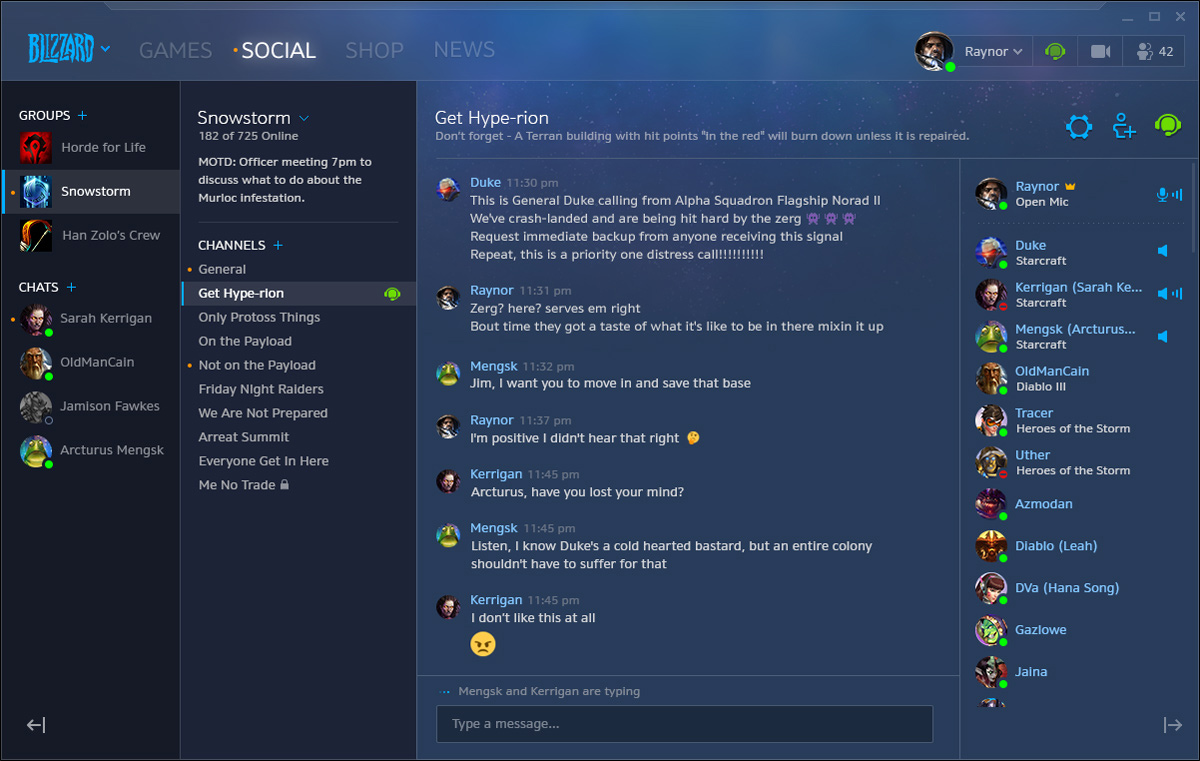 Circling back to the appear offline feature, Blizzard says that when it's active, you will show up "as offline to everyone in your Blizzard friends list. Once you have joined a game, the experience of appearing offline might be slightly different depending on which game you are playing. In the case of World of Warcraft, your guildmates will see your character come online and enter WoW's in-game chat channels, and anyone who has you as a character-level friend will see you online on their friends list. Everyone outside of the same game as you will not see you online or playing any games."